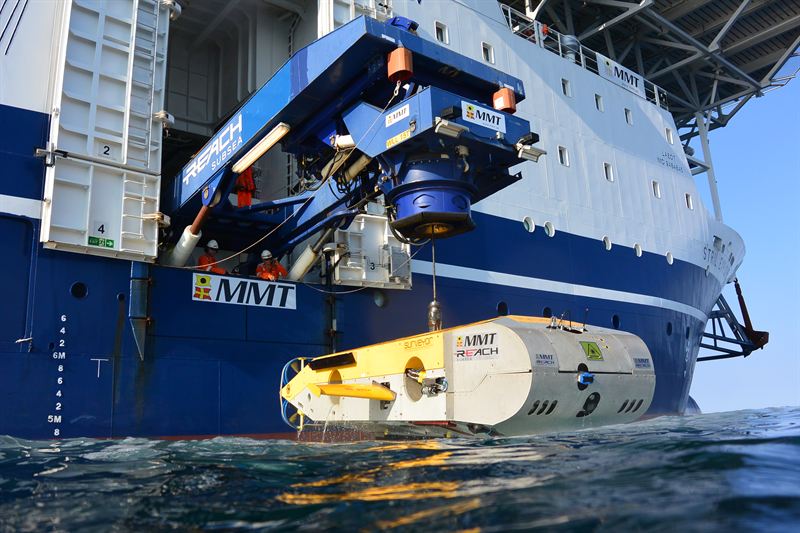 During MMTs participation in the MAP project, the Surveyor Interceptor ROV (SROV) was used for geophysical surveys to detect former land surfaces buried below the current seabed. It set new records for both depth of 1800 meters and sustained speed over 6 knots and covered a distance of 1000 km.

MMT is proud of taking part in this historical project. MMTs founder and CTO Ola Oskarsson, who has developed SROV together with trusted partners, explains the importance of showing the wide range of SROV´s capabilities. It was developed for the oil and gas industry but is capable to inspect and explore various seabed mapping projects. The new depth and speed records is a great success for MMT.

The Remotely Operated Vehicle (ROV) Surveyor Interceptor. It flies at 4-6 knots, 3-4 times as fast as conventional ROVS. It carries multibeam and sidescan sonar, sub-bottom profiler, HD cameras, powerful lights and a laser scanner. It was Black Sea MAP’s principal survey tool in 2016 and operated at depths down to 1800m (over a mile down). ©MMT

Down to 150 meters below the surface in the Black sea, over 40 shipwrecks were found and some had never been seen before. Thanks’ to the anoxic conditions of the Black Sea the preservation was astonishing. This expedition provided new data on the maritime interconnectivity of Black Sea coastal communities and manifest ways of life and seafaring that stretch back into prehistory. 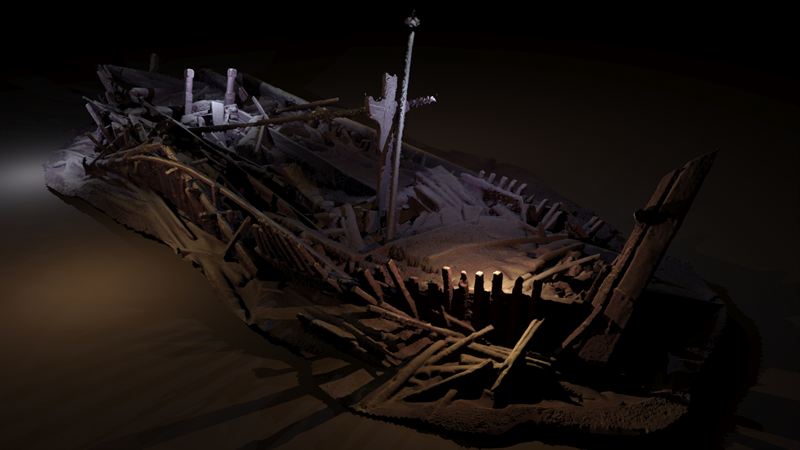 A shipwreck from the Ottoman period discovered in 300m of water. Many of its timbers are carved. This image is a photogrammetric model created from photographs taken by cameras on the ROV, rendered with light sources (model Rodrigo Pacheco-Ruiz). ©Black Sea Maritime Archaeology Project

MMT has a long association with the Academy at an international level and support maritime research projects through exchange of knowledge and resources. The MAP project showed just how effective partnerships between academia and industry can be.