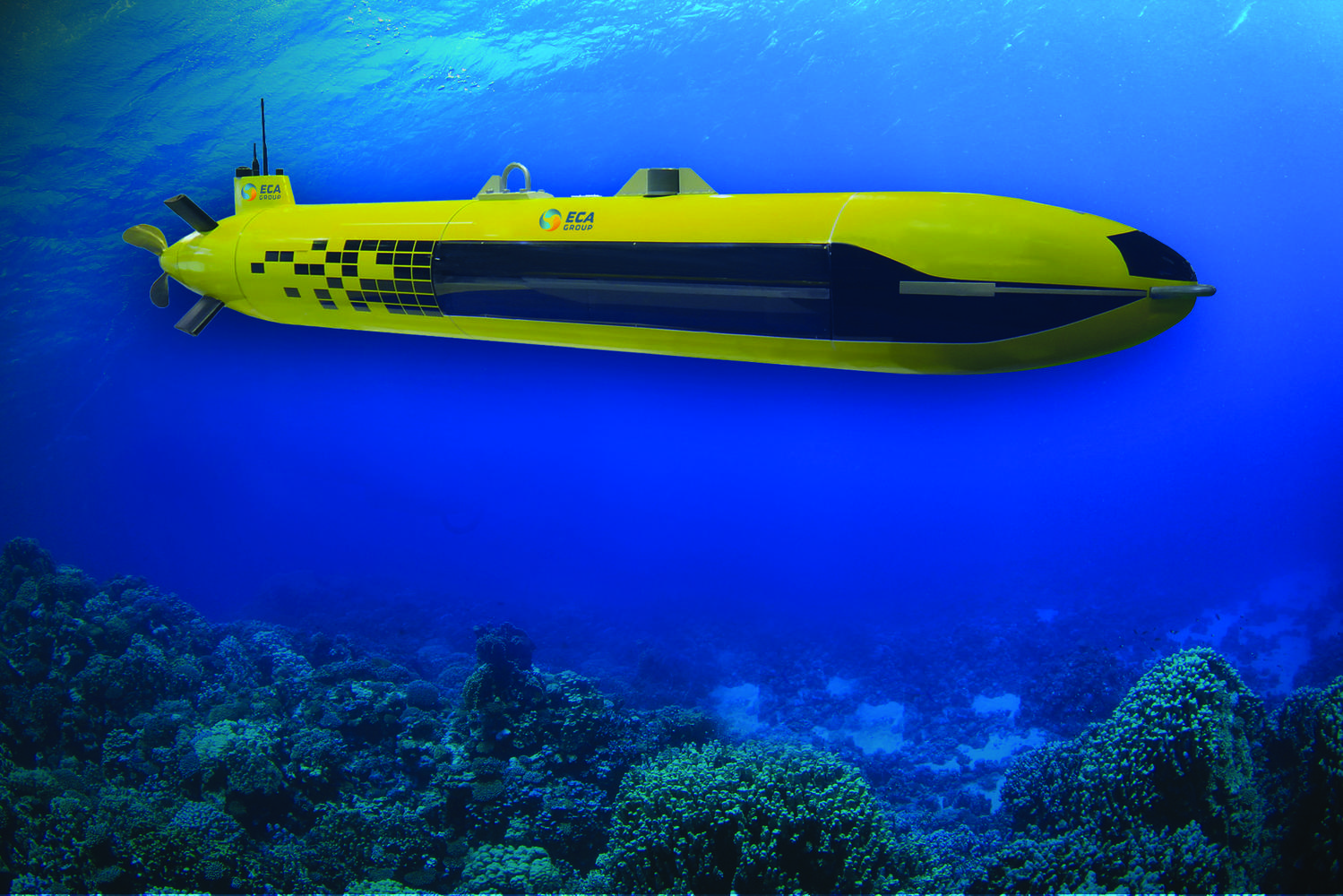 Espadon the demonstration program, contracted for France's DGA MoD by DCNS, Thales, and ECA Group, was successfully completed in May. This program enabled ECA Group to develop a world first AUV launch and recovery from a USV.

The ESPADON program was a component of the French MoD overarching Système de Lutte Anti-Mines Futur (SLAMF, future mine countermeasures program). The aim of the program was to prove that robotic systems could be used for underwater mine warfare operations instead of conventional minehunters with the goal not to expose minehunter crews to considerable danger due to the simple fact that these vessels operate in known mine fields.

For that program ECA Group was in charge for all the robotics components of the system. In particular ECA produced the long endurance A27 autonomous underwater vehicles (AUV), the A18-T inpection AUV, the Sterenn-Du USV remote control system as well as the world first AUV launch and recovery system from a USV.

As part of the tests conducted, both the A27 and A18-T AUV were deployed by the Sterenn-Du demonstrating that it was possible for USVs to deploy AUVs for full-scale mine countermeasure operations paving the way for the “robotics based” new generation of mine countermeasure systems that some navies have already decided to use.

ECA Group has already got some success in providing such solutions to customers. Having all necessary sub-systems, INSPECTOR USV, A9, A18, A27 AUV’s, K-STER mine-killer, ECA Group can easily combined them in order to provide tailor-made and modular solutions that can be adapted to each customer requirement while optimizing the through-life costs (spares, training…) by the use of common building blocks.

A direct output of program is also the selection of A27 AUVs for the Anglo-French Maritime Mine Counter Measure (MMCM) program. In addition, Espadon program has enabled ECA to develop a solution that has proved to be of the highest interest to the offshore community, this solution allowing the recovery of AUVs in high sea states by the use of a sub-sea cage and docking system.