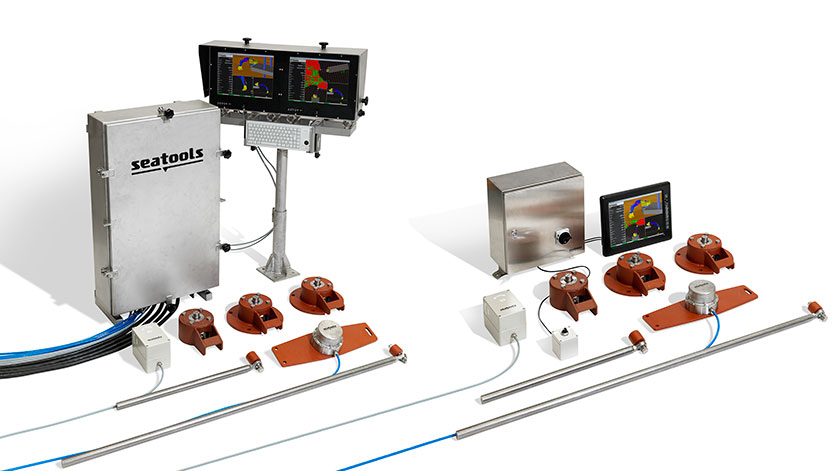 Seatools announces the introduction of the fourth-generation DipMate® backhoe dredging monitoring and control systems. The upgrade encompasses two models: the Essential and Pro. The Essential is a cost-competitive visualization system that contains all essentials for efficient backhoe dredging.

The Pro is an advanced version that can be delivered with a range of automation modules enabling operators of all skill levels to dredge safely and maximize dredging productivity.

Jan Frumau, Managing Director at Seatools, said: “Since we first launched DipMate, the system gained tremendous popularity among backhoe dredger operators around the world. With the introduction of the fourth generation, we will now be able to serve an even larger market share. Thanks to the introduction of the DipMate Essential, Seatools proposes an economically attractive solution for small- and medium-duty excavators as well as operators that do not require automation functionalities but do appreciate common DipMate characteristics such as high levels of accuracy, reliability, and customization. As of now, Seatools offers appropriate backhoe dredging monitoring systems even to those operators whose budgets, skill levels, and needs are limited.”

The DipMate Pro, which is able to endure the toughest of dredging conditions thanks to its rugged hardware, can be executed with a range of intervention and operator assistance modules that enhance productivity and safety. Over and above our permanent quest for technologies that boost dredging efficiency, an increasing number of clients requested functionalities that safeguard both dredging equipment and the submerged objects it might strike. Attending to its clients, Seatools developed several modules that raise safety levels of and around the dredger. An example is the collision protection module. This module enables safe and productive backhoe dredging near high-risk objects such as wharves, pipelines and cables, and other submerged objects. The module encapsulates the object at hand in a virtual safety shield and slows down and eventually stops dredger part motions in case they approach objects too closely. As such, the module is able to prevent such events as pipeline strikes with potentially disastrous consequences.

In comparison to today’s DipMate Pro and its predecessors, the DipMate Essential is based on a completely different system architecture and trims the Pro’s extensive functionalities. Its slim appearance yields a simplified system that significantly cuts costs without sacrificing the high accuracy levels for which DipMate systems are known by operators around the world. Moreover, the new system comes in a very compact size, allowing for installation on smaller excavators as well as land-based excavators.