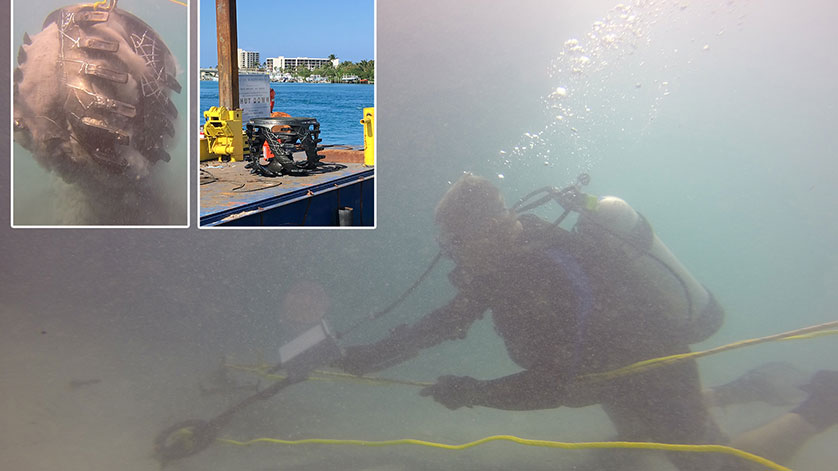 Every day, bodies of water around the globe are used for recreational purposes, to supply food and drinking water to the growing population, to help stock our natural resource supplies, and to provide a natural habitat for marine life.

Sometimes these very same “friendly” waters take valued possessions from people or are used to discard evidence from a crime scene. JW Fishers has been manufacturing hand held, underwater metal detectors for over 40 years and has been the equipment of choice for both law enforcement agencies and treasure hunters worldwide.

The #1 rated Pulse 8X has been manufactured for over 25 years and is the “go to” tool when things go missing underwater. It’s wide variety of search coils, including two boat deployable coils, are easily interchangeable giving the end user complete control over their search. The SAR-1 was introduced to the market in January of 2017. This new metal detector was developed as a result of significant customer feedback and extensive product testing.

This detector was specially designed for use by public safety dive teams, law enforcement agencies, and military units that need to locate metal objects in underwater environments with poor visibility. The SAR-1 alerts the operator to the presence of metal by vibration which is transmitted through the handle. In addition to vibration, the detector also has a high intensity LED display which is directly in front of the diver's face and easy to see in all conditions. It's snareless design with no external wires or cables, rugged construction, streamlined configuration, and bright yellow search coil help the operator find any target in ZERO visibility water! 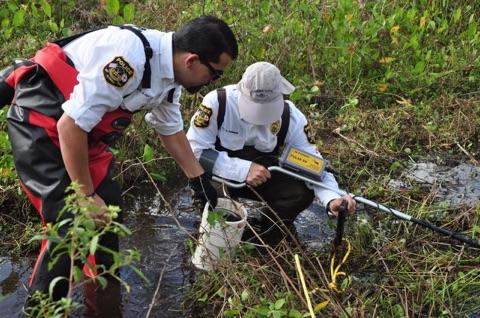 Owner William Nichols of Timber Bay Sport and Dive Center in Woodruff, Wisconsin, is an avid diver and operator of the Pulse 8X underwater metal detector. His dive center specializes in scuba diver training, equipment sales, and equipment service. Recently, a woman lost her ring in about ten to twelve feet of water while on a swim raft. The bottom was about three feet of weeds with silty muck on the bottom. She recruited Timber Bay Sports to help find her irreplaceable ring. Bill says “I had to work the detector up and down in the weeds as I couldn't swing it side to side. I located 23 small targets before discovering the ring. I covered about an 18-foot circular area which took just under an hour. The family had all but given up!” Bill has found some other valuable pieces such as another ring and a $1,000 pair of glasses. He states “all of these were in little to no visibility but with a lot of patience and my JW Fisher Pulse 8X, it was not a question of if I'd find them -- just when! Thanks for a great product and wonderful service!” The Miramar Police Department Dive Recovery Team utilizes the JW Fisher Pulse 8X with a 10-inch coil. Sergeant Dillena says “We have found this unit to be extremely reliable and versatile. The Pulse 8X has a proven track record so much so that this is our second unit. We deploy the system using the long or short arm for shore based activity. Underwater we deploy it a little differently as we mount the unit on the tank strap, remove the arm and hold the coil only as we sweep the grid. This allows users to work a grid easily and accurately. This unit has been used in multiple cases where evidence was disposed in a waterway, through the use of this unit we were able to recover critical evidence that would likely not be found without your metal detector. We have had great success utilizing this unit and would highly recommend this product.”

TerraAquatic Inc. specializes in hydrographic surveying, primarily addressing the needs of the near-shore and inshore industry. They recently purchased a hand held underwater metal detector from JW Fishers Mfg. Ken Jackson states “just after purchasing the locator, a client's cutterhead hit a large concrete block shearing the shaft and then losing the cutterhead into the face of sand they were dredging. Since it was quickly covered by sloughing sand they asked if I could give it a shot, after they snorkeled around for 12 hours, we found it in five minutes!”