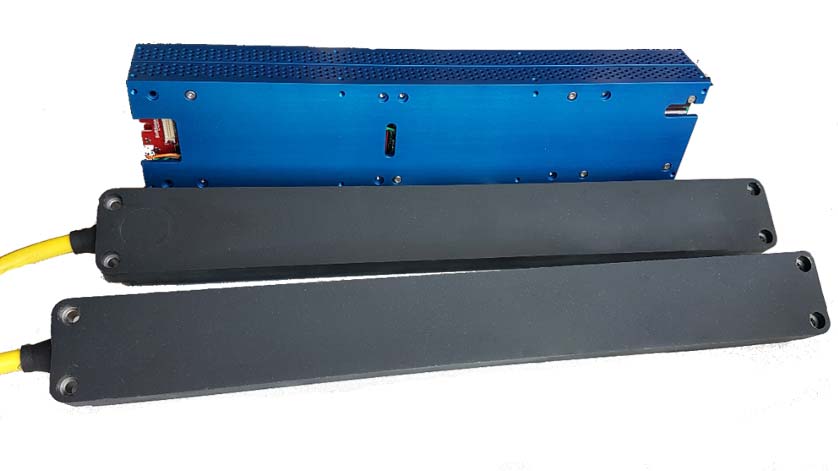 Ping DSP, developer and manufacturer of the 3DSSTM sonar, has developed a deep-water version of its 3DSS-DX-AUV sonar for Virginia Tech’s DEEP-X program. In conjunction with the DEEP-X Javelin AUV, the 3DSSTM sonar provides high resolution 3D imagery and wide swath bathymetry at depths as deep as 4000m.

The DEEP-X team is led by Dan Stilwell, professor of electrical and computer engineering and director of the Virginia Tech Center for Marine Autonomy and Robotics. Dr. Stilwell and his students, Jack Webster and Stephen Krauss are competing in the Shell Ocean Discovery XPRIZEcompetition and are working to develop a fleet of small inexpensive AUV's capable of quickly producing high resolution bathymetry and imagery maps of the ocean floor. Recently, Dr. Stilwell and his team successfully completed Round 1 of the XPRIZE competion and earned a place in the final round where the remaining nineteams will compete for the $4 Million dollar grand prize.

Integration of the DEEP-X Javelin and the 3DSSTM sonar provides a versatile combination of leading edge low power ocean technologies ideally suited to the task of high resolution mapping and 3D imaging in the deep ocean. Success in Round 1 has demonstrated the capabilities of this technological integration, as well as the low achievable cost.

Ping DSP’s development of a deep water 3DSSTM sonar for the DEEP-X team is part of a broader initiative introducing 3DSSTM to a wide range of AUV applications, from deep ocean bathymetry to shallow water 3D imagery and every application variation in between. The 3D imaging and bathymetry performance, compact size, low power consumption and low cost of the 3DSSTM AUV package together with the 3DSSTM Easy Integration Guide make 3DSSTM the most versatile and cost effective solution for high resoluton mapping and 3D imaging on platforms ranging from low logistics micro and man-portable AUV’s to much larger long-endurance survey or reconnaissance platforms. For more information regarding AUV integration or the 3DSSTM product line, email info@pingdsp.com.