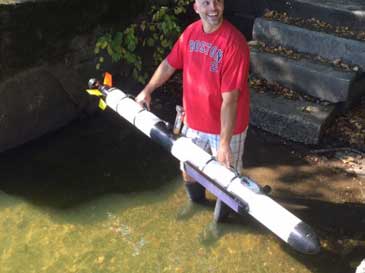 OceanServer Technology has received a contract for an Iver3-580 EP system from Canada Public Works and Government Services for delivery to the Defence Research and Development Canada (DRDC).

The Iver3 AUV will be used to augment existing autonomous systems and provide a platform to continue R&D development in underwater research at DRDC Atlantic. Ocean

Server has sold several systems to DRDC with a wide range of sonar, software and sensors for research into areas such as mine counter measures.

DRDC will have access to Iver’s mature hardware and software interfaces to further studies in various adaptive behavior “autonomy software” architectures. The Iver’s primary system CPU is capable of outputting vehicle position and trajectory information to a separate payload computer. The primary Iver3 CPU in return accepts input of autonomy decisions such as heading, speed and depth following OceanServer’s well documented API for remote helm and other behavior applications.

The vehicle will be equipped with an INS for very accurate navigation along with the Klein 3500 Side Scan and Bathy system for imaging and mapping the seafloor.