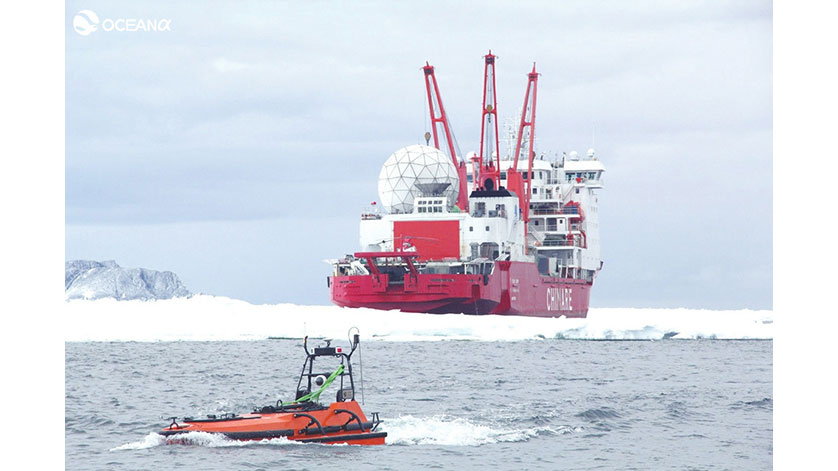 Two Oceanalpha M80 submarine exploration USVs and two SE40 hydrographic USVs accompanied the Snow Dragon polar scientific research ship all the way south to the Enkesburg island on the west bank of the Ross Sea to assist in the construction of China's fifth Antarctic research station.

The Ross Sea area had never been explored before, and the geographical data is insufficient, finding the ideal anchorage for the Snow Dragon became a problem to be solved. The USVs are responsible for collecting bathymetric and topographic data for the anchorage of the Snow Dragon. 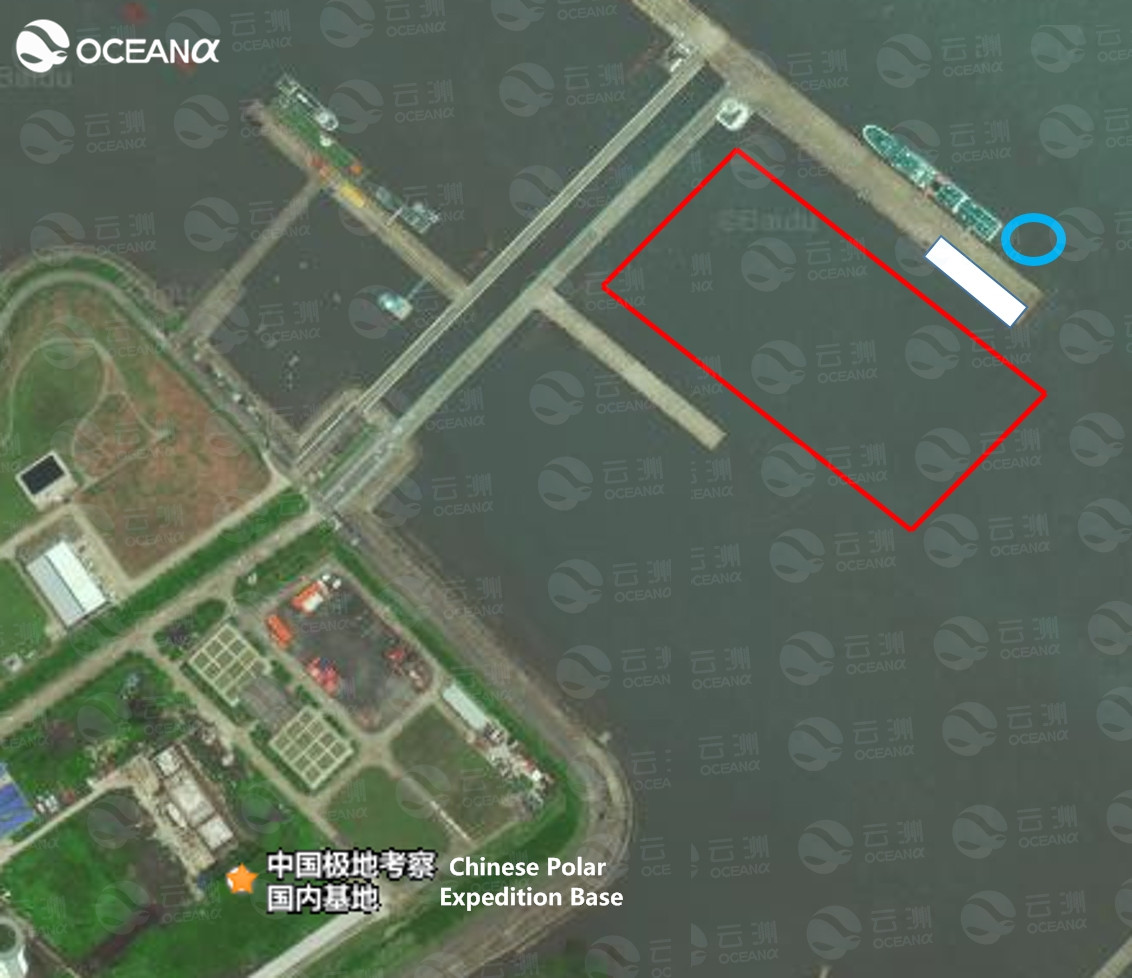 On October 24th, 2017, engineer team from Oceanalpha visited the Chinese Polar Expedition Base in Shanghai to conduct a test for the preparation of the upcoming expedition of the polar-customized M80 USV. After a simple land test, engineers used a small crane on the Snow Dragon to hang the USV into the water. 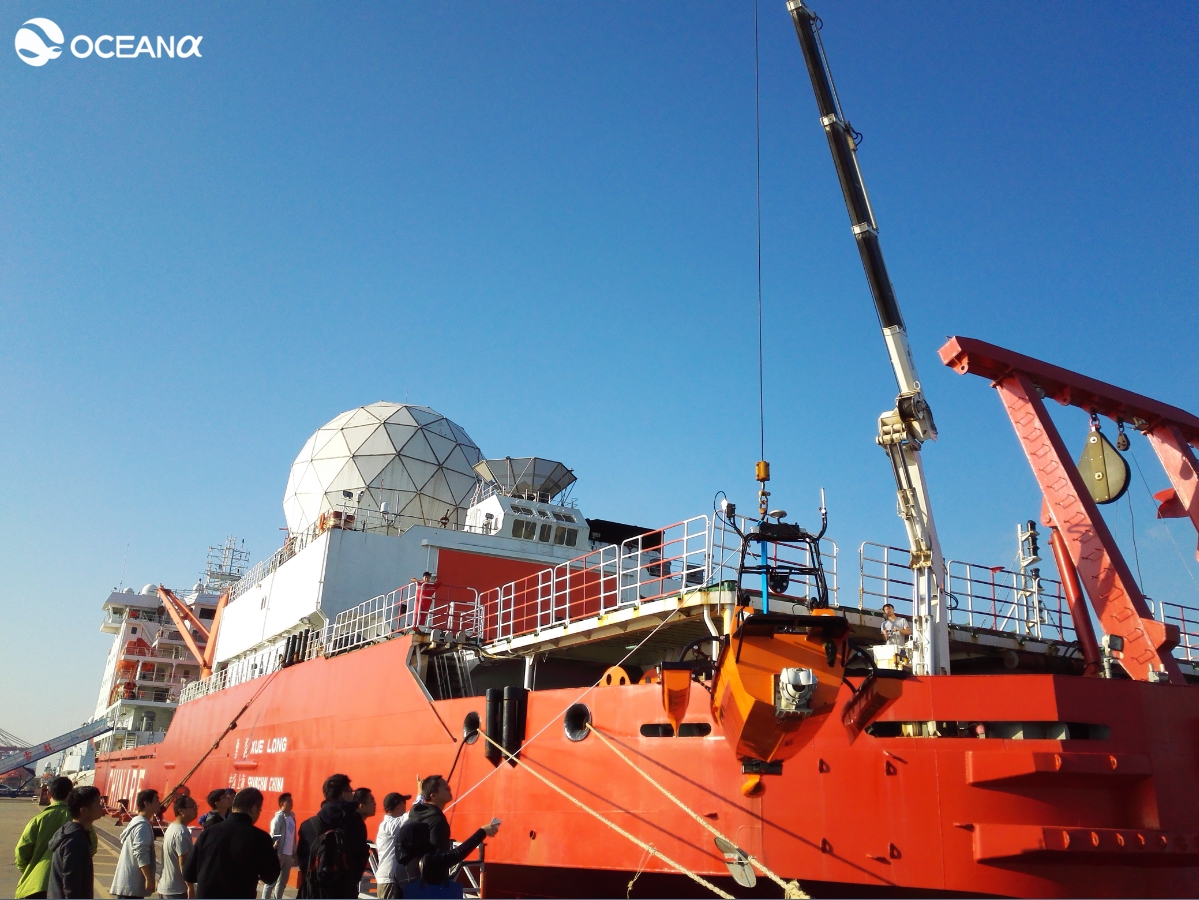 Subsequently, the M80 USV was tested in communication, control, the lifting mechanism and multibeam survey at the 300m x 500m basement tank. The testing result was satisfying. 6 hours later, the unmanned boat was again retrieved by the Snow Dragon's crane. 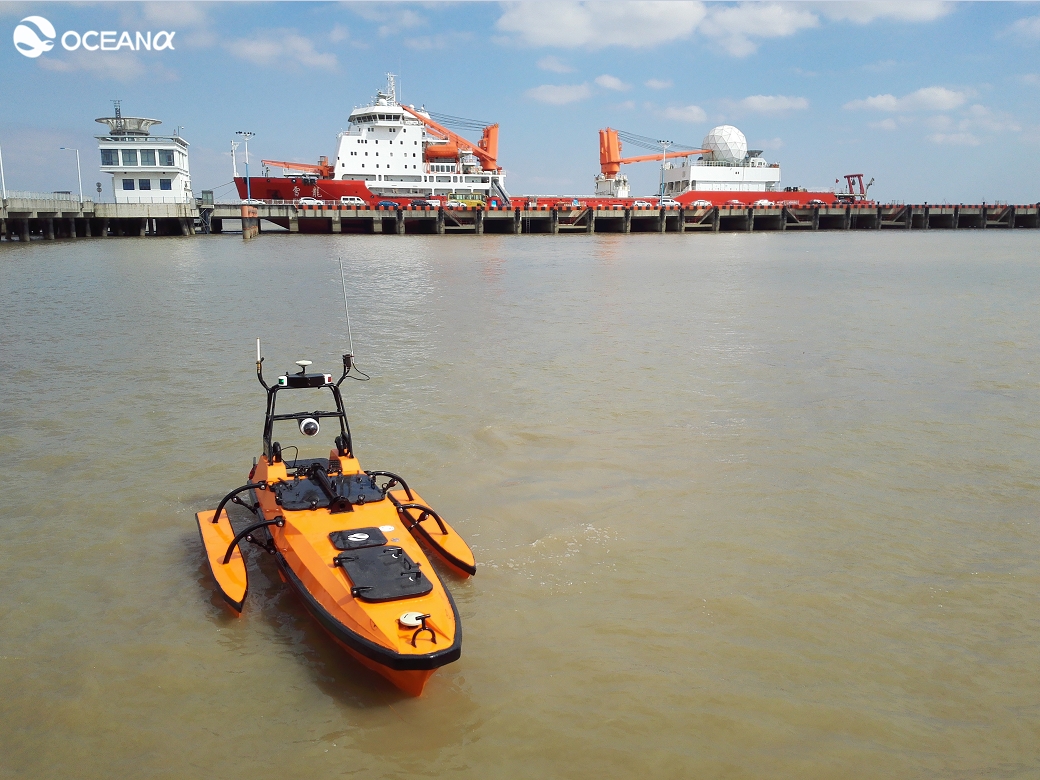 M80 under testing in the Chinese Polar Expedition Base

On 8th December 2017, four USVs completed the bathymetric and topography multibeam survey of 5 square kilometers in about 14 hours. The M80 was responsible for scanning the deep-water area, while smaller ME40 took acre of the shallower area near the shore.

With the data collected, the USVs filled the data gap in the region and provided geographic information and data support for the construction of the Antarctic expedition station.

Design highlight of the M80 USV:

From the beginning of R&D, Oceanalpha fully considered the payloads, structure and working environments of different missions M80 will be participating in and hence achieved multiple technological breakthroughs in the design of M80.

The trimaran design of the USV brings excellent performance in terms of stability and wave resistance;

The specially-designed wave-eliminating bulbous bow can not only effectively reduce the vertical sway of the USV, but also help to reduce the interference of the water splash and bubbles on the hull-mounted acoustic survey equipment, and better ensures the quality of survey data. 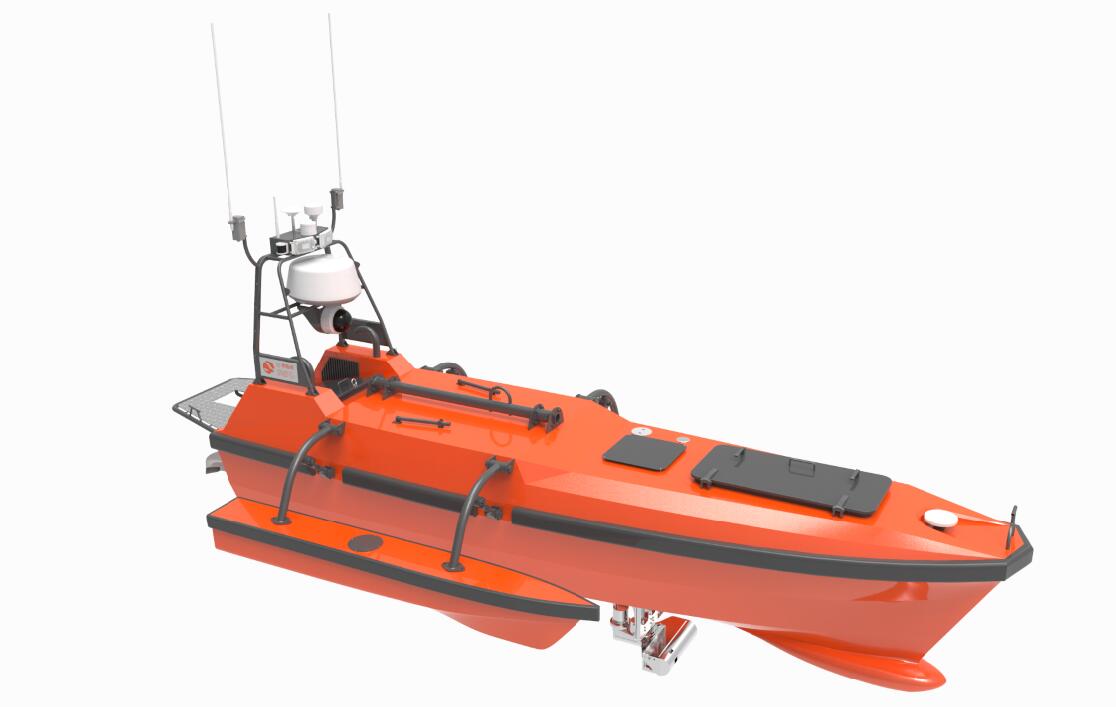 The low temperature of the Antarctic may cause changes in the mechanical properties of the hull material, deterioration of the GNSS signal, and influence on electronic components. To ensure that the M80 can be qualified for this mission, we have made a lot of research and improvement on the structural strength of the hull, the selection of the power system, and the selection of electronic components. In terms of the deck design, the bollard was newly designed to facilitate the capture and stagnation while launching and retrieving the USV. As for the GNSS antenna mount, a turbulent structure is applied on the deck to weaken the multipath effect at sea.

The M80 USV is capable of working in some harsh natural environments. In addition to the severe cold, this Antarctic project also encountered ice floes and strong winds. The USV successfully overcame above difficulties and completed the survey within the specified time, which reduced labor cost and ensured the safety of stuff.

While the Snow Dragon is unloading materials, the USV was launched into the water at the same time. Operator sent the pre-set measurement task from the Snow Dragon to the USV, and the USV began to survey. The USV took 14 hours to automatically complete the multi-beam full-cover seabed topographic survey of 5 square kilometers, taking little human and material resources. In the future, if multiple USVs works together, the survey efficiency can be further improved.

The use of USV for surveys consumes only one-tenth of the energy of manned vessels. This will save a lot of fuel cost for the ocean-going mother ship, while valuable loads can be attributed to other materials.