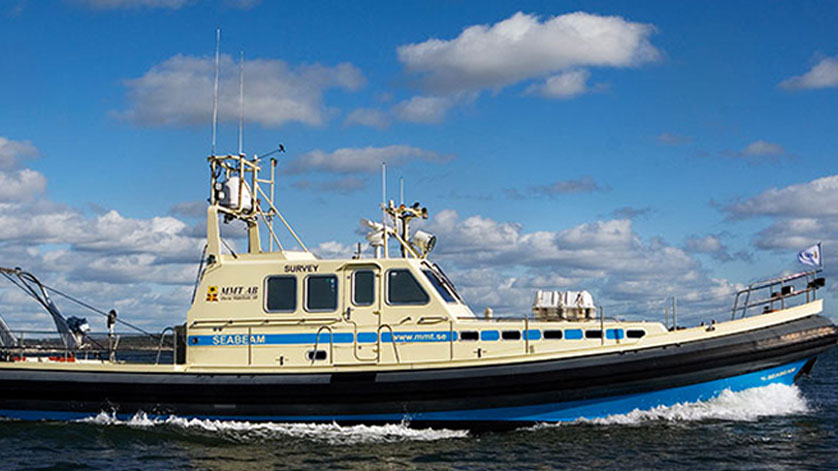 MMT surveyed a corridor between Portsmouth in the UK and the coastal region of Dieppe in France. MMT utilized two vessels: M/V Franklin for offshore works and M/V Seabeam for nearshore works.

Four cables, bundled as two pairs, will be installed along the surveyed route totaling approximately 190km in length. No major obstacles to the cable route were uncovered during the survey.

The survey results will inform Environmental Impact Assessments in both countries and will be further refined during the geotechnical survey campaign. AQUIND and its advisors are keeping all stakeholders in both countries informed of the ongoing activities.

“This is a major milestone in the development of AQUIND Interconnector,” said Kirill Glukhovskoy, managing director, AQUIND. “We thank MMT for a job well done. The results of the survey will form an integral part of the project’s final design.”

“Following completion of the geophysical survey we look forward to our continued work with AQUIND to deliver a successful Geotechnical campaign to further characterize the seabed conditions along the cable route,” said Nils Ingvarson, Chief Commercial Officer, MMT.

AQUIND looks forward to working with MMT on the geotechnical campaign to analyze seabed soil during the summer of 2018.

AQUIND Interconnector remains on schedule according to the development programme.

AQUIND Interconnector is a proposed new subsea and underground High Voltage Direct Current power transmission link between the South Coast of England and Normandy in France. With the capacity of 2,000 MW, AQUIND Interconnector will improve security of supply, help foster greater renewable power integration and make the national grids more robust by supplying them with vital ancillary services. The project is fully private and is being developed without any government subsidies.