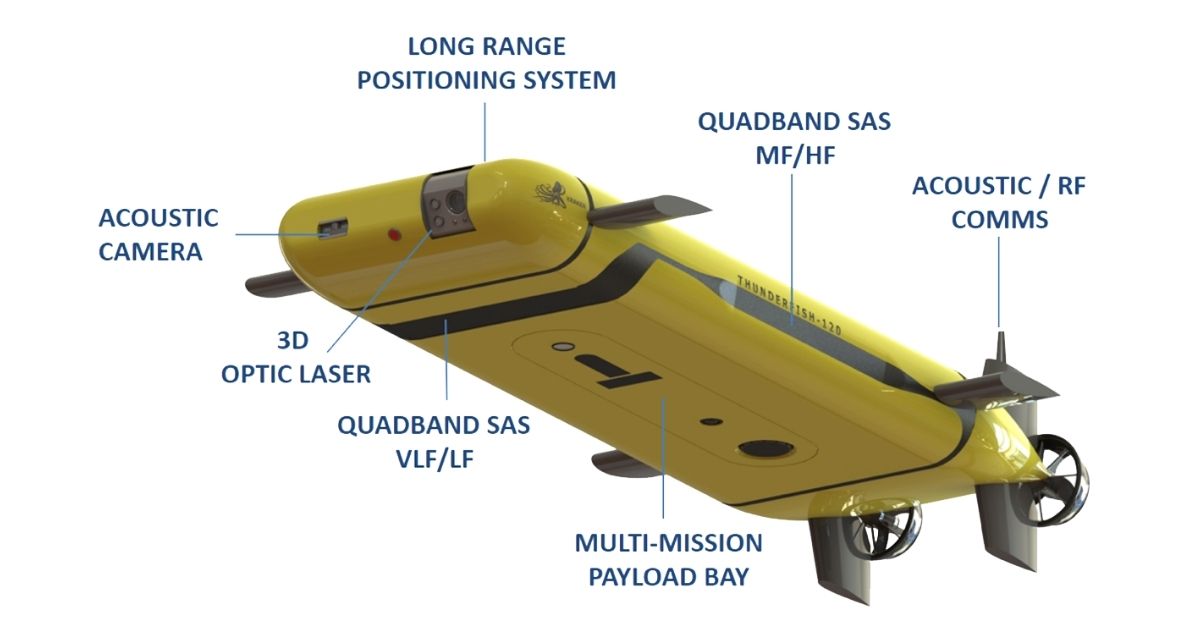 Kraken Robotics Inc., Canada’s Ocean Company, announces that it is receiving advisory services and up to $2,909,891 in research and development funding from the National Research Council of Canada Industrial Research Assistance Program (NRC IRAP).

The funding will be used to support the development of Kraken’s seabed resident ThunderFish® XL Autonomous Underwater Vehicle (TFXL AUV).

Building from the previous development efforts of the ThunderFish® Alpha AUV, the ThunderFish® XL AUV is being designed to be larger with an increased depth rating, larger payload capacity and longer mission endurance. It is being developed with the following key capabilities:

ThunderFish® XL will carry an array of sensors and custom payload modules, integrated with advanced artificial intelligence algorithms on board a 6,000 meter depth rated AUV. In addition, the modular design should allow for rapid sensor reconfiguration and battery replacement. Finally, Kraken will develop a conceptual design for a robust autonomous multi-modal docking solution allowing TFXL to function as a seabed resident AUV that can run a wide variety of missions from its underwater docking station.

Karl Kenny, Kraken’s President and CEO said, “The National Research Council of Canada Industrial Research Assistance Program (NRC IRAP) has provided invaluable support to Kraken for many years. We sincerely appreciate their contribution to help us further develop our ThunderFish® XL AUV.  AUVs have evolved from an emerging, niche technology to a viable solution and an established part of underwater operations in both military and commercial applications. By combining our advanced sensor technologies with cutting edge artificial intelligence algorithms, it is our objective to deliver a cost-effective AUV solution that is truly autonomous as opposed to being simply automated. TFXL is a rectangle shaped, hovering AUV being developed for subsea resident applications. In the AUV space, Kraken is focused on using its in-house developed AUVs and procured AUVs to build a fleet of vehicles capable of providing Robotics as a Service rather than having a primary focus on selling AUVs. We expect that this will provide Kraken with a unique and valuable market position.”