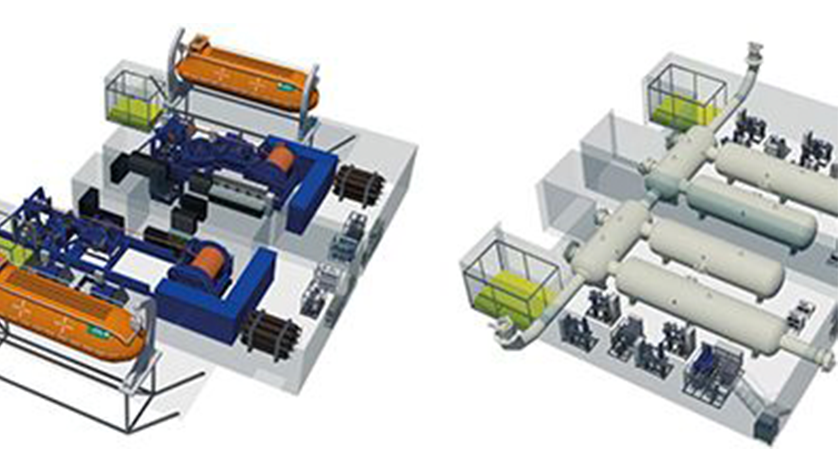 JFD, a leading global subsea operations and engineering company and part of James Fisher and Sons plc, announces that it has been awarded a major contract with Shanghai Salvage, one of the biggest professional salvage companies in China.

The contract, valued in the region of £35m, is for the design and build of a 24 man saturation dive system capable of diving to depths of 500m, to help strengthen Shanghai Salvage’s subsea operational capability and support its growth into deeper diving operations.

Drawing upon JFD’s wealth of engineering expertise, the new 24 man system will be built to incorporate advanced, state-of-the-art technology which will allow the safe conduct of 500m diving, which is significantly beyond the depth rating of the majority of standard diving systems.

The build consists of two independent 12 man saturation diving systems including diving bell, hyperbaric lifeboat, gas management and life support equipment built into a single lift module. The systems can be deployed individually on vessels of opportunity or installed together on board a newly designed dive support vessel (DSV).

JFD has enjoyed a ten year partnership with government–owned Shanghai Salvage, following the award of a contract in 2007/08 for the supply of a 300m rated saturation diving system. The delivered system has subsequently performed successfully on board the DSV ‘Shen Qian Hao’, achieving the Chinese record deepest saturation dive in 2014.

“The decision to assign the contract to JFD is testament to our proven capability. Shanghai Salvage has recognized the key benefits associated with JFD systems and we are delighted to support them once again as their diving operations advance into deeper waters.

JFD prides itself on its refined engineering expertise which has been developed over the past 35 years, allowing us to deliver highly specialized and technologically advanced systems of exceptional quality.” This award is the result of several years’ business development effort into the Chinese market. JFD anticipates that as a result of the contract, their presence will be strengthened in the region, making China a significant market for the company.