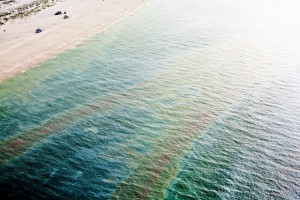 Developed at the Polytechnic University of Valencia, the sensors not only detect pollutants in very small quantities, but also work to establish the exact size and location of the polluted area.

Researchers at the Universitat Politècnica de València (Polytechnic University of Valencia, UPV) have designed an intelligent sensor system which enables the immediate detection and delimitation of toxic waste, diesel, and hydrocarbons in general in any body of water, not just the sea. So far tested under laboratory conditions it is able to detect even very small concentrations of chemical pollutants, as well as map out their precise location and spread.

Sea pollution is a serious global issue that has adverse effects on not only the immediate natural environment (marine fauna and flora), but also on human health and the economy.

Jaime Lloret from the UPV’s Research Institute for Integrated Management of Coastal Areas (ICIC) spells out the importance of a device like the one being developed: “Different chemical pollutants require different techniques for their clean-up. But the single most important factor for minimizing the impact and damages to the affected area is how quickly they are detected. This is particularly critical in the case of oil spills, where a full clean-up is virtually impossible if decontamination efforts don’t start immediately”.

The sensors developed by UPV researchers are embedded in small floating devices. Based on sophisticated algorithms, the system is made up of several such wireless nodes that move independently through the spill in search of its outer limits.

“The nodes use the real-time data collected via their hydrocarbon sensors and their relative positions to seek out the edges of the spill, the point where it meets non-contaminated water. By doing so the system is able to provide information as to the exact location and extent of the spill” (Lloret).

This sensor system is the result of one of the main lines of research to emerge from the UPV’s master’s degree in the Assessment and Environmental Monitoring of Marine and Coastal Ecosytems, and was presented at 2015’s IEEE International Conference on Communication.