Huon Aquaculture has boosted investment in underwater robotic technology by doubling their fleet of Saab Seaeye Falcons to four vehicles.

The two new Falcons will join the fleet to inspect nets, rigging and moorings at Huon’s aquaculture pens.

The pens are positioned in areas of strong current and rough water favoured for salmon farming as it mimics their natural habitat.

Designed for such strong currents and turbulent waters, the Falcon can remain steady under robust conditions whilst undertaking delicate or rugged tasks and manoeuvre with precision as needed.

The pens are positioned in areas of strong current and rough water favored for salmon farming as it mimics their natural habitat.

Huon sees the Falcon as ideal for aquaculture operations as its low profile allows deployment sideways between a walkway and the net. They also like that its thrusters have no shaft seals to service or inspect and no oil within the vehicle. 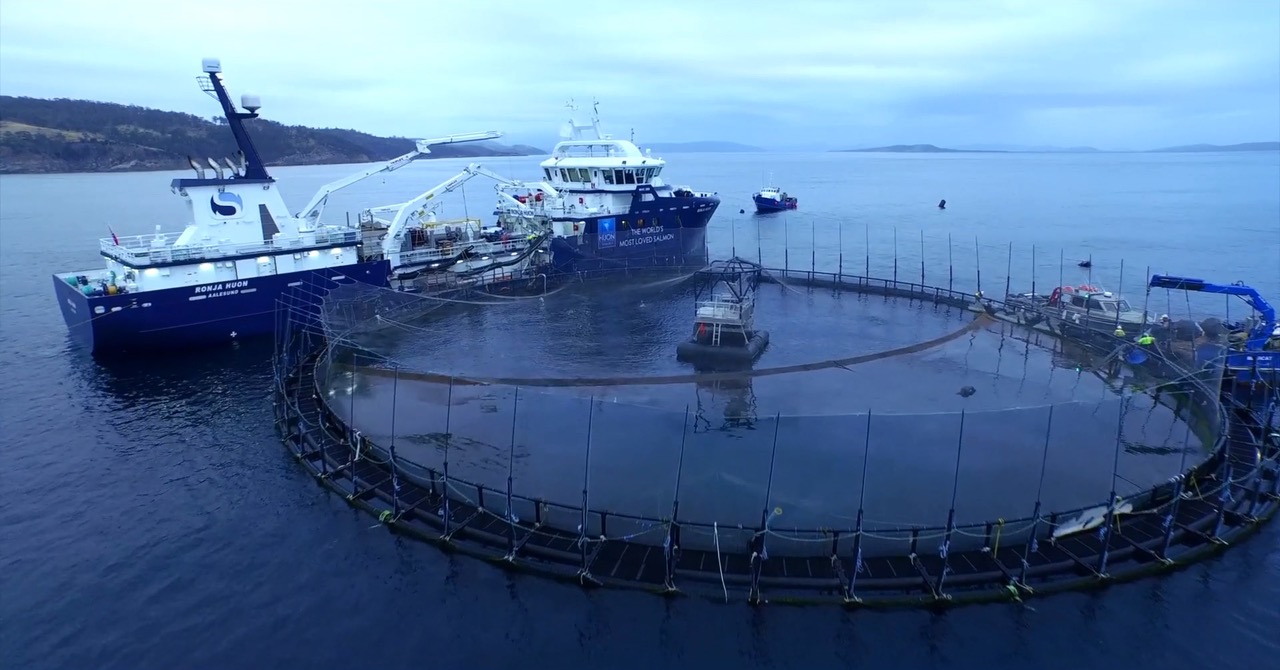 The two new Falcons will join the fleet to inspect nets, rigging and moorings at Huon’s aquaculture pens.

With over 24,000 tonnes of fresh salmon farmed a year, Huon appreciates the Falcon’s proven reliability for working tirelessly at the pens for thousands of hours. They also appreciate Saab Seaeye’s excellent after sales support.

The vehicle’s intelligent control system allows for a wide range of equipment to be easily added and changed for many different tasks.

By adopting the Falcon concept, Huon has chosen the most popular vehicle of its class in the world. Its global success comes from having packed five powerful thrusters and an intelligent distributed control system into a compact 1 x 0.5 x 0.6 metre versatile system that can operate at 300m and 1000m and has been proven worldwide since 2002.

Atlantis to Expand into Non-Tidal Stream

Wärtsilä to Maximize Availability of PGS

CTG Call to Expand Its Global Network of

EIVA Expand the Payload of the ScanFish

Ashtead Technology Invests in Its Fleet