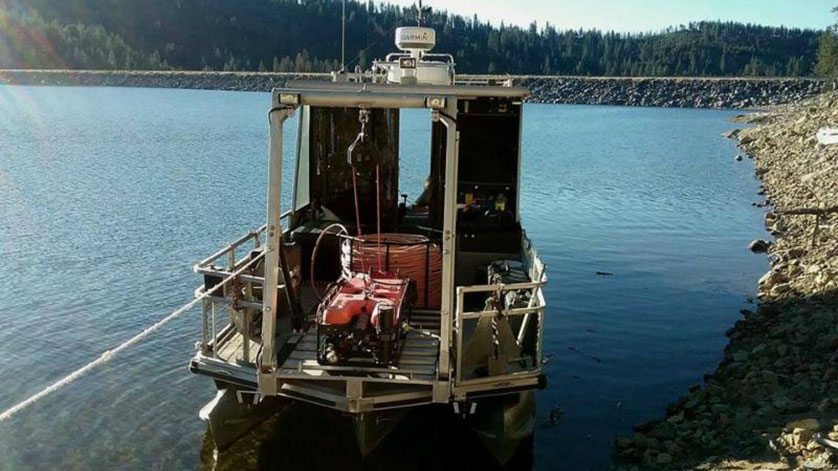 A Phantom® T4H ROV, designed and built by Deep Ocean Engineering, Inc., has successfully completed an inspection of the intake riser at Cherry Lake Dam near Yosemite in California.

The dam, built in 1956, has provided water and power to the San Francisco Bay Area, Modesto, and Turlock districts for over 60 years, and the structure has not been seen since its construction.

Deep Ocean Engineering’s Phantom® T4H ROV successfully documented the state of the dam’s water intake riser and the position of the gates at a depth of 258 feet (78.6m), about a quarter of the ROV’s rated capability. 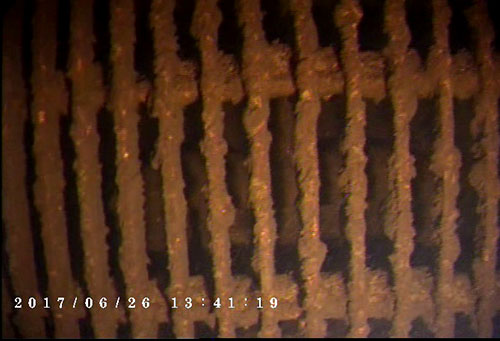 The inspection involved the use of a Dynamic Positioning (DP) capable triple pontoon boat with a forward mounted ROV Launch and Recovery System (LARS) that deployed the underwater drone to the coordinates of the intake riser while holding a steady position. The ROV scanned the area with an Imagenex 881 Sonar as it descended, quickly and easily locating the intake riser and flying to it. Then, using powerful LED and HID lights from Deep Sea Power and Light (DSPL), the ROV inspected the structure and observed the dam’s internal condition without having the need to enter.

The video images were seen with such clarity that the dangers of using saturation divers and further intervention were completely unnecessary, saving the city time, money, and hassle.

With the video feed provided by the Phantom® T4H, The San Francisco Public Utilities Commission was able to determine the state of the dam’s intake riser and is preparing for major rehabilitation construction later this summer.