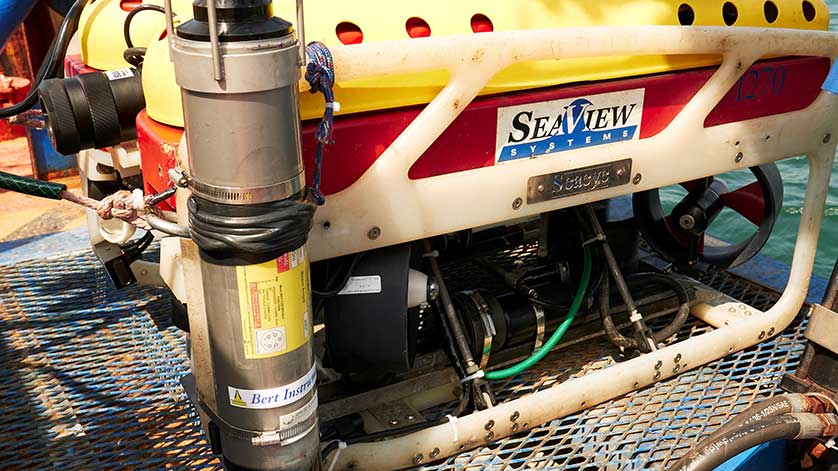 Since 1993, Florida-based Bert Instruments’ team of highly qualified consultants has been providing marine geophysical and environmental studies in the U.S., Caribbean and Latin America for prestigious major petroleum companies, the US Department of Defense, major Universities and private companies.

The company’s expertise covers both hydrographic and oceanographic surveys and is headed up by electronic engineer Humberto Guarin PhD, skilled in digital image processing and underwater acoustics, and with some 30 years’ experience the field.

For each project specialist engineers and equipment, from its own extensive stock, is assembled for the operation and to address any specific challenges to be encountered. One such project recently undertaken by the company and its sister company Bert Instruments Colombia S.A.S was a pre and post drilling, environmental and geophysical study in the deep waters (up to 700m) off Colombia at the Orca-1 exploratory well, 40kms north of the coast of La Guajira. Surveys, geophysical and environmental studies were commissioned here to comply with government regulations prior to any production phase.

For the operation, Bert Instruments first selected its side scan sonar deployed at high resolution linked to a marine magnetometer with positioning of the field and its anomalies provided by its Nexus USBL. In the next phase the newly acquired Nexus USBL was used to track the Bert Instruments’ inspection class ROV that was investigating the anomalies found in the initial magneto-acoustic survey and to do some transect lines crisscrossing the well position.

Humberto found the use of this particular selection of advanced equipment for the ORCA 1 survey proved to be highly satisfactory; “Our Nexus USBL was integrated with a GNSS aided inertial navigation system POS-MV WaveMaster, to provide accurate geo-referenced positioning of the seabed anomalies and proved to be a great addition to our system arrangement. We found the Nexus system very easy to use and it greatly increased our efficiency and overall operational effectiveness.

At the end of November 2016 we followed up our original work and surveyed the planned well ORCA 2, close to ORCA 1 using our side scan sonar, magnetometer and our Nexus USBL for accurate, reliable positioning once again.“

The side scan sonar selected by Bert Instruments is the Edgetech 4200 with its Multi-Pulse technology for crisp, high resolution imagery and the magnetromer is the Geomatrics 882 with its easy portability and high sensitivity features. The Nexus USBL is manufactured by UK based Applied Acoustics and is the most advanced of the range available with bi-directional spread spectrum technology for increased accuracy.

In order to obtain real time video images of the seabed Bert Instruments has configured an entirely new deep water sensor platform, the BerTow, for use on its projects in 2017. This includes a high definition video and still camera, measuring lasers and depth sensors along with accurate positioning from the Nexus USBL. This newly developed sophisticated system will be used once the trade winds in the ORCA location subside over the winter months.