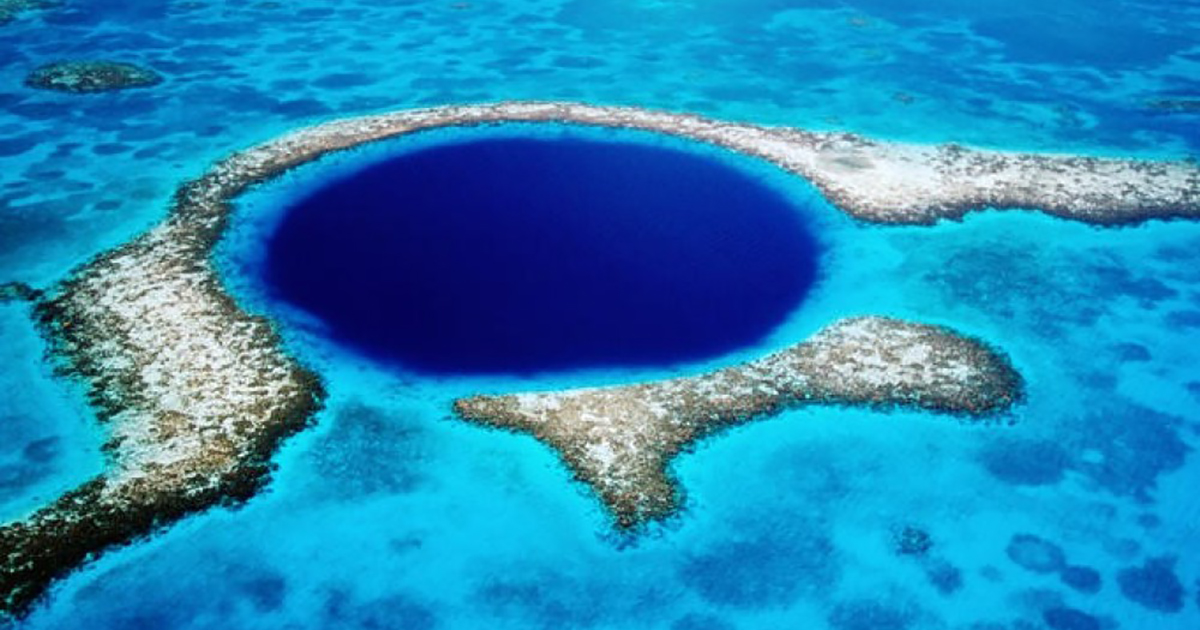 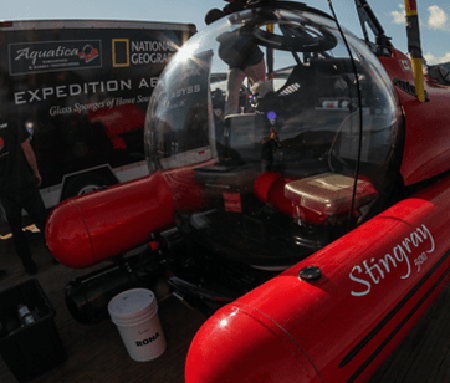 A live broadcast from deep inside the Blue Hole is taking place in Aquatica’s Stingray 500 submarine on Sunday 2nd December from 4-6 pm EST on Discovery Channel. Operated by the company’s Chief Pilot, Erika Bergman, Sir Richard Branson and Fabien Cousteau will both be on board for the ride. Viewers can find more information on their respective Discovery Channel country websites.

Sonar expert Mark Atherton from KONGSBERG’s Canadian subsidiary Kongsberg Mesotech is on the expedition as a key member of the science-based sonar and scientific data collection team. Mark will operate the KONGSBERG sonars aboard the Research Vessel Brooks McCall, contributing to an invaluable high-resolution map of the entire sinkhole.

“By understanding the geological history and geometric structure at the Blue Hole we can contribute new data to the global scientific community studying sinkholes and cenotes. I’m confident that our sonars and underwater positioning equipment will provide an accurate, high resolution picture of the secrets the Blue Hole hides,” said Mark.

“The sonar, camera and sensor data we collect from the Blue Hole is a key objective, but we also want to use the expedition to educate and inform the public on the critical issues of ocean awareness and conservation,” said Flemming. “We have professional film makers ready to capture the event with television documentaries and a live broadcast from the bottom of the Blue Hole all set to bring this amazing place to life for a global audience.”