Speedcast International Limited has signed a reseller agreement with Tampnet for 4G/LTE services in the Gulf of Mexico. The agreement marks Speedcast as the first service provider to partner with Tampnet for its high capacity offshore network in the region. 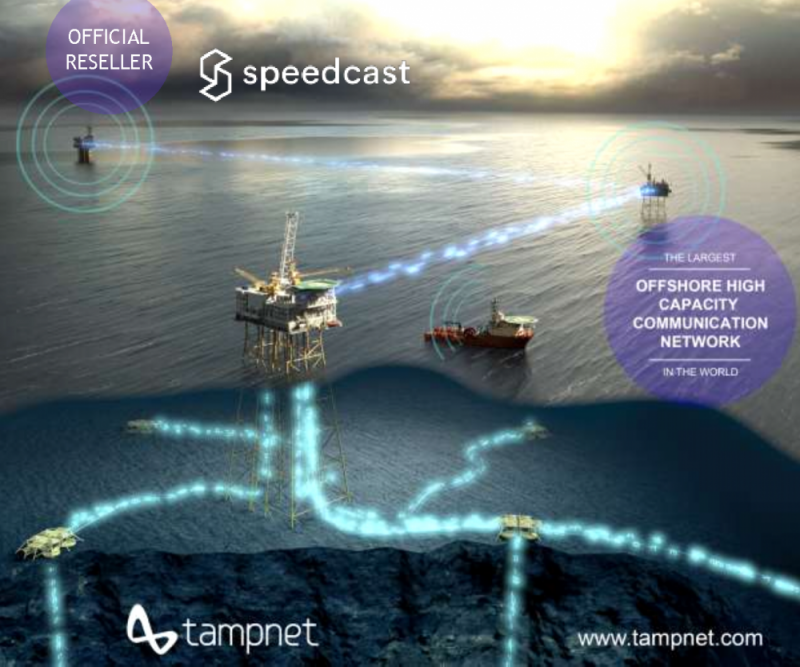 Tampnet announced in March that it has reached 25 percent of its planned coverage for the Gulf of Mexico. Upon completion at the end of 2018, Tampnet will have a low latency, high capacity fiber and microwave network made up of more than 60 base stations that they estimate will cover 98 percent of all manned offshore assets. Tampnet currently owns a similarly designed offshore low-latency network in the North Sea which has been in operation since 2001. Offshore LTE has been available in the North Sea since 2013.

“Speedcast has been a partner of Tampnet in the North Sea for 15 years and we’ve seen firsthand the value that they bring to offshore communications,” said Keith Johnson, SVP Energy, Speedcast. “Their robust, redundant network complements the core communications technologies that we provide to our customers operating in the Gulf of Mexico. Speedcast remains committed to providing innovative services to keep our customers reliably connected and this agreement represents one more step we are taking to ensure we’re delivering the solution that best fits their needs.”

Tampnet’s new Gulf of Mexico network comes at a time when the oil and gas industry is looking to advancements in communications to help better support the operations of offshore platforms, increase safety measures and improve crew morale. Additionally, the network is being designed to provide ample fiber-based LTE coverage for deep-water exploration activities which represents a first for the Gulf of Mexico. The LTE network will be supported by the largest high-capacity, low-latency backhaul network in the Gulf of Mexico – based on state-of-the-art, carrier-grade microwave equipment and the only offshore fiber network in the Gulf of Mexico, making the LTE network and services offering truly unique.

Speedcast has more than three decades of experience in managing communications for businesses with offshore operations. Beyond core voice, data and internet, Speedcast provides services such as cybersecurity, remote video streaming, IPTV and more. Speedcast will leverage Tampnet’s Gulf of Mexico high-capacity network as part of its connectivity portfolio to support current and future services.

“We truly value the long-term relationship we have with Speedcast, the leading player in offshore telecommunications,” said Per Helge Svensson, CEO, Tampnet. “The dedicated people at Speedcast have really shown they are pragmatic in terms of choice of telecommunications infrastructure – always in the best interest of their customers. Extending our relationship with them to include our Gulf of Mexico infrastructure services is a great milestone that we are confident will accelerate our mutual growth in the region.”