ROG Completes the Modification and Recommissioning of Ndeavor 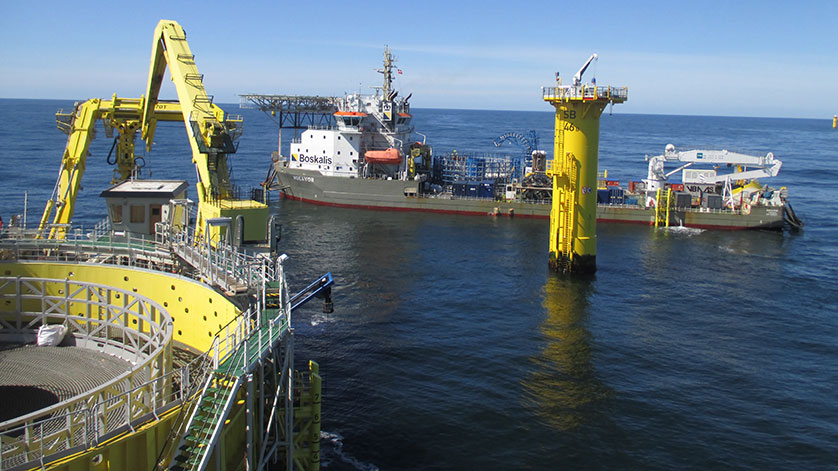 Rotterdam Offshore Group (ROG) based in the Waalhaven, Rotterdam, recently completed the conversion of the MPV (Multi Purpose Vessel) Ndeavor of Boskalis. The vessel was built in 2013 and is 99m in length with a beam of 30m, her gross tonnage is 7413T.

The vessel had been equipped for the last 2 years with rock dumping equipment. This included 8 stone holds weighing 180T each, which had to be removed as part of the demobilization. These stone holds were lifted off the vessel utilizing the floating sheerleg crane ‘Taklift 4’ from Boskalis, which itself, is capable of lifting 2200T. This formed one part of the complex process to completely clear the aft deck to allow it to be fully reinstated. Once this was complete, ROG started the process of converting the Ndeavor to become a cable laying vessel. 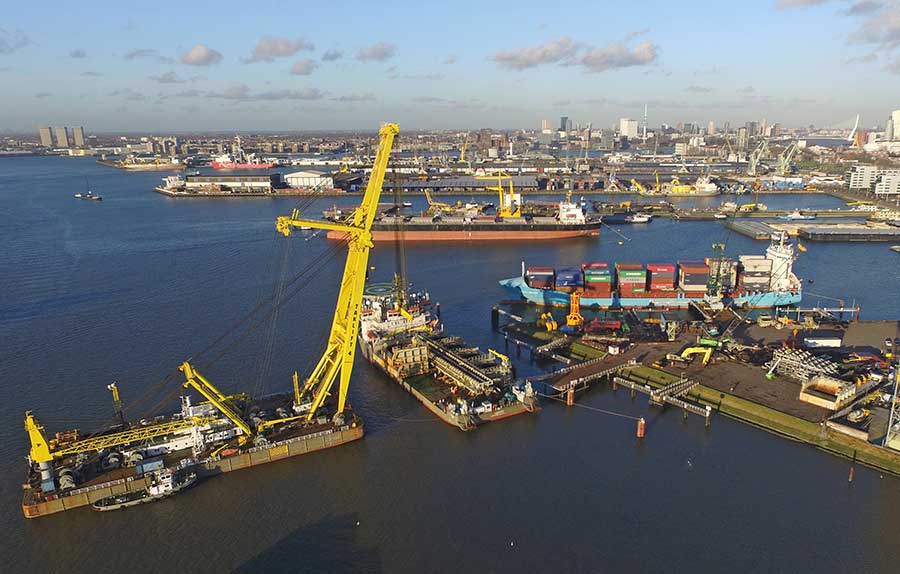 The conversion was an extensive exercise which included installing new equipment including a new 200T knuckle boom crane, a 15T standalone crane, an 18-meter diameter 227T carousel to store the cable, a Trencher, HPU’s, control centers, boatlandings and additional equipment to guide the cable.

The whole project was managed by ROG and all work was carried out to the highest quality and safety standards whilst working 24 hours a day 7 days a week to ensure completion of the project within the 8-week project timescale. The completed vessel left the yard, to start operations on its first cable laying project, the Inter Array Cable Installation works on the Sandbank Offshore Windfarm

Rik Lammes, Director of Operations VBMS (A Boskalis company), stated, “ROG has proven to be a flexible partner in the support of our mobilization scope of the Ndeavor. In close cooperation, we have been able to finalize the fabrication details associated to this mobilization enabling us to bring the Ndeavor on time into the field”.

Martin van Leest, Managing Director Rotterdam Offshore Group, added, “In 2014 ROG started with its mobilization and demobilization services. This was the first project where the mobilization was followed up directly after the demobilization. As part of our ongoing partnership we have the rock dumping installation in safe storage on our premises, and are looking forward to undertake the similar complex project but in reverse.”