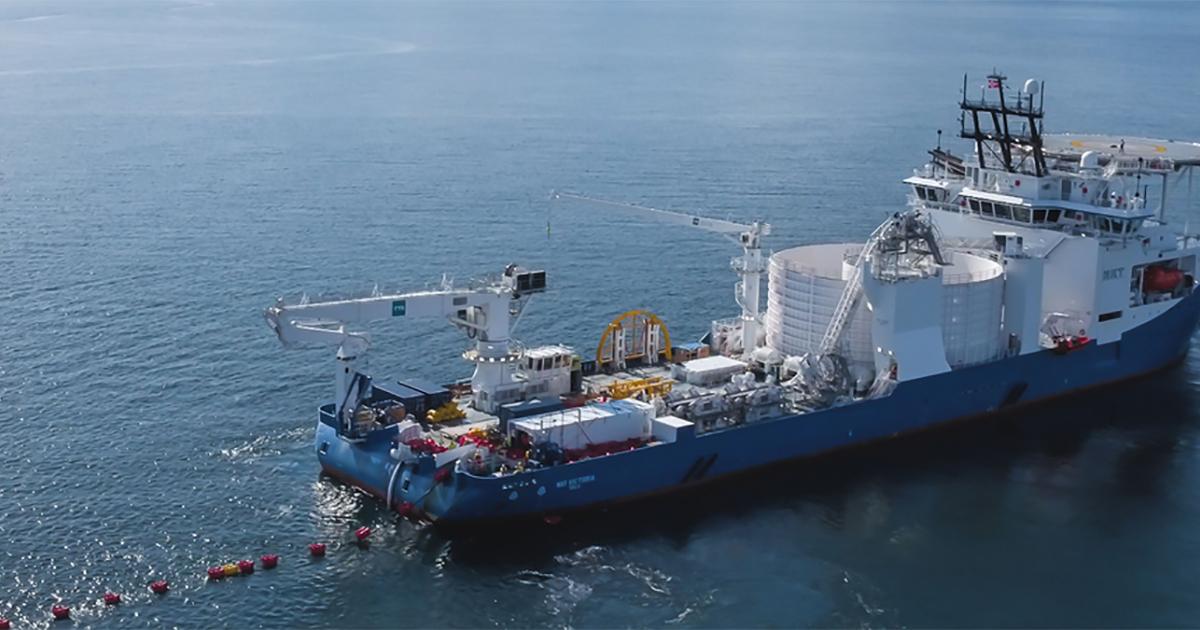 NKT has successfully completed the Caithness-Moray turnkey project of a 320 kV high-voltage direct current (HVDC) XLPE off- and onshore power cable system covering a total transmission length of 160 km. The link has been in commercial operation since end-2018.

For this project, the cable-laying vessel NKT Victoria made her maiden installation voyage, successfully and with high precision installing the bundled HVDC power cables and fibre optics on the seabed.

The Caithness-Moray power link connects the electricity grid on either side of the Moray Firth inlet using world-leading and well-established HVDC power cable technology from NKT with a minimal visual impact. With associated reinforcement of the existing onshore transmission network, the power connection represents the largest investment in the north of Scotland’s electricity network since the hydro development era of the 1950s.

“We are proud to be part of the green transformation of Scotland together with our customer Scottish Hydro Electric Transmission (SHET). This project has also been special to us as it showed impressive performance of our purpose-built cable-laying vessel NKT Victoria” says NKT’s Claes Westerlind, Executive Vice President and Head of HV Solutions Karlskrona.

“One specific aspect which stands out is the excellent attitudes towards the safety management, coordination and performance of the works during the offshore campaigns considering the numerous levels of subcontracting and the challenges that this presents. SHET’s high expectations were met and set the standard going forward for future subsea projects”, said Victor Stirling, Project Director - Caithness-Moray project in SHET.

NKT has ramped up the safety management execution, setting a new internal health and safety standard. As an example, NKT ensured that all vessels used during an offshore operation had defibrillators and training as part of the standard equipment. This procedure is now standard in all NKT offshore installation projects and part of the contractor requirements for emergency preparedness.