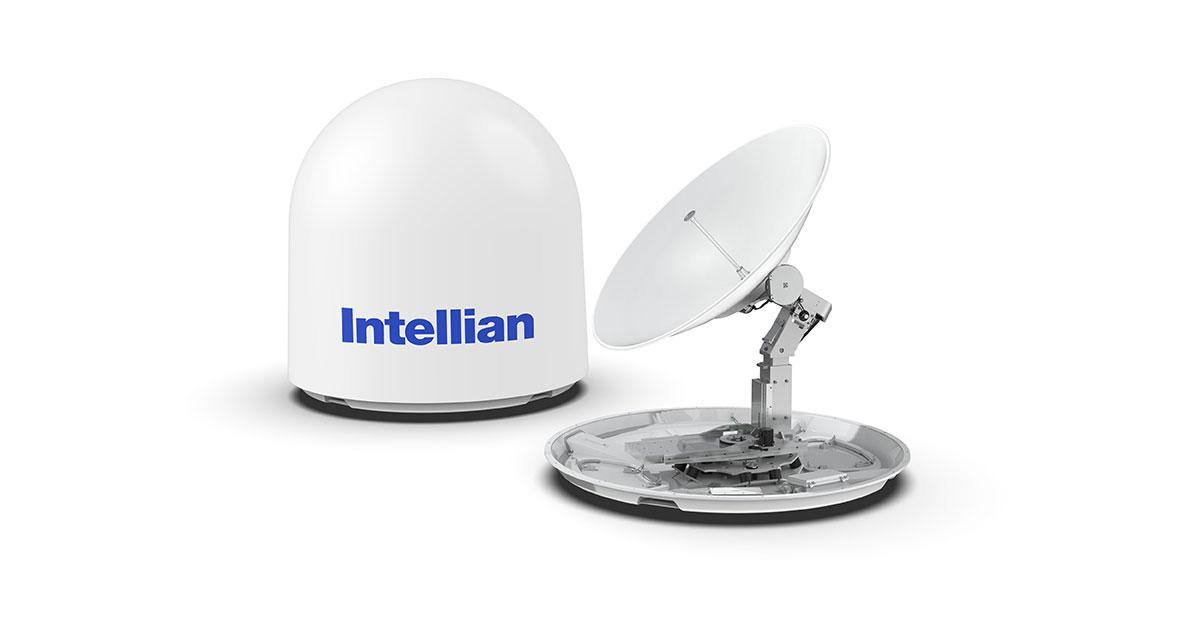 The world’s first and only 1.5m Ku to Ka convertible VSAT, v150NX, is a future-proof system supporting 2.5GHz Wide Ka-band networks as well as GEO (Geostationary Earth Orbit), MEO (Medium Earth Orbit) and LEO (Low Earth Orbit) constellations. Its highly efficient design delivers the best RF performance of any 1.5m system on the market today for ship owners, operators and network providers. It is easily converted to Ka-band by changing the RF Assembly and Feed, as the reflector and radome are optimized for operation across both frequency bands.

At this year’s Satellite Show, which is held at the Walter E. Washington Convention Center in DC this week, May 6-9, 2019 (booth #925), Intellian is displaying its new product’s Ka-band version, the v150NX Ka. This state-of-the-art terminal is also compatible with future 2.5GHz Wide Ka-band networks and has delivered speeds of 830Mbps in trials already. With GEO/MEO/LEO tracking capability, the v150NX Ka delivers unmatched performance today and is ready for operation with forthcoming new high-speed and low-latency networks.

Both the v150NX and v150NX Ka enable reliable, high-throughput broadband at sea and can be quickly installed to deliver precise, cost-effective satellite tracking as a land gateway antenna system. With its ability to track any satellites on mobile and fixed platforms, it includes smart satellite handover capability enabled by an embedded mediator. Operators can now provide a seamless network with high-speed bi-directional IP connectivity. Additionally, the antenna can be interconnected with no loss of signal even at longer distances, using the Intellian Fiber Link Solution.

Moreover, with the new NX platform, Intellian’s 1.5m satellite communication systems use a single cable, which combines Tx, Rx, and DC power, to simplify installation. A cutting-edge modular design results in lower cost of ownership throughout the entire lifecycle, while improving reliability and streamlining maintenance.

Eric Sung, CEO of Intellian, said, “The industry-leading performance, simplified installation and ensured compatibility with future constellations and networks positions our new 1.5m antennas as one of the most innovative, flexible and cost-effective connectivity platforms available for diverse users on land and at sea.”

Alongside the new v150NX Ka, Intellian will also highlight the expansion of its diverse portfolio with the launch of more new and innovative satellite communication technologies at Satellite 2019, including; the LP100, man-portable, military spec land terminal; the all new GX100NX for use on the Global Xpress network; and the OW70 for LEO constellations.