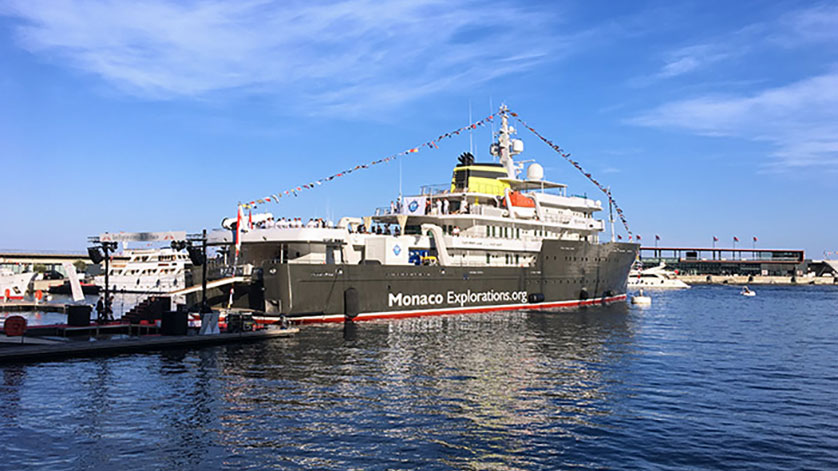 Inmarsat is supporting a ground-breaking new scientific study, which will examine the impact of climate change and other environmental factors on the world’s marine ecosystem.

The 2017-20 Monaco Explorations campaign, which is backed by the Principality of Monaco and personally supported by HSH Prince Albert II of Monaco, aims to raise awareness of the state of the world’s oceans. The principality is making a travelling research platform available to a community of researchers from all over the world for a three-year circumnavigation of the oceans with the first scheduled stop being the island of Madeira in the Atlantic.

Inmarsat, in partnership with Space Systems International-Monaco (SSI-Monaco), is providing its high-speed global broadband solution – Global Xpress – which will enable scientists working on Monaco Explorations – onboard the 76.6m vessel ‘Yersin’ – to share data, images and videos with experts around the world throughout the three-year mission.

The scientists will undertake an assortment of tests looking at environmental DNA, the effects of global warming on marine viruses and the wealth of biodiversity around submarine mountains. The aim is to identify the key factors impacting the health of the marine environment and suggest remedies.

Andrew Sukawaty, Chairman of Inmarsat, who attended the launch, said: “Monaco Explorations is an ambitious project that aims to shed light on some of the many ills blighting our oceans. In order to avoid further environmental damage – and to repair some of that already caused – it is vital to conduct in-depth research, raise public awareness and establish innovative ways of interacting with our oceans.

“We are proud that our communications solutions have been identified as the most effective and reliable for such a pioneering expedition and we look forward to supporting the project throughout its three-year lifespan.”

As chief communications supporter for the expedition, Inmarsat partner SSI-Monaco has equipped Yersin with a Fleet Broadband FB500 L band antenna, Inmarsat C and IsatPhone 2 handsets. The multiple communications systems on board will operate over Inmarsat’s Global Xpress network that delivers seamless, high-speed broadband around the world, and will ensure that the vessel can maintain contact with land at all times.

It is hoped that the expedition will help mobilise local decision-makers, economic stakeholders, NGOs and the wider public through representing an opportunity for debate, and that the vessel itself will prove to be a place to meet.

The communication and broadcast capabilities of Yersin are a chief component of this and Inmarsat’s reliability in this regard are one of the main reasons it has been selected as the main communications supporter.