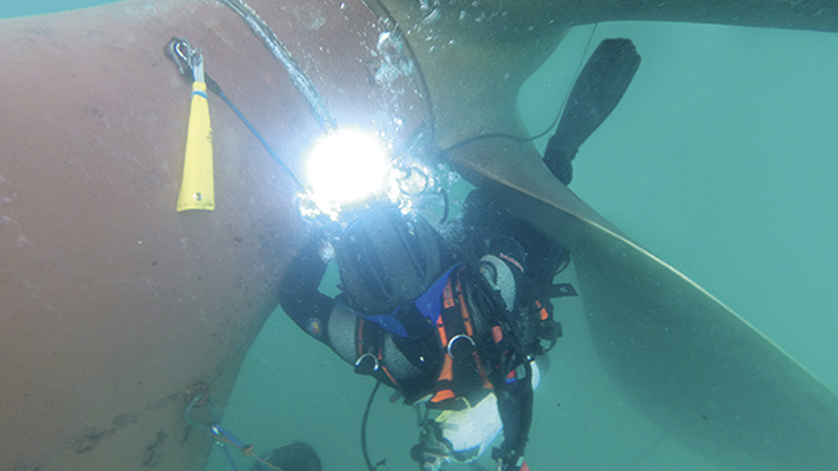 Hydrex has developed a flexible mobdock repair method that enables the underwater replacement of all types and sizes of shaft seals. This technology has been successfully used by Hydrex diver/technicians for over a decade. It allows ship owners to keep their vessel sailing, saving precious time and money.

Damaged stern tube seals will cause an increasing amount of oil leaking or water ingress as the damage worsens. By replacing the seals when the damage is first discovered, Hydrex keeps the down time low. The ship can keep its schedule as seal repairs can be performed during cargo operations. This is done by creating a dry underwater working environment around the shaft.

It is not always straightforward to replace seals, because there can be quite a bit of variation in the configurations of the stern tube itself. There can also be complications with the liners, which can be worn down and show ruts. All this is routinely handled by Hydrex teams on the jobs.

In this article you can find a short summary of some of the recent stern tube seal repairs Hydrex has carried out. Like all shaft seal repairs offered, these were performed in cooperation with the OEM. This allows Hydrex to provide customers with original spare parts which guarantees the best quality material. Hydrex usually supplies the equipment but the owner is free to supply his own OEM seals. Hydrex can handle all type of seals from all manufacturers.

No drydocking needed thanks to seal repair

Recently a Hydrex diver/technician teams carried out an underwater stern tube seal repair on a tanker berthed in Antwerp. The ship was suffering from an oil leak, making an on-site repair necessary.

Once the operation was approved all preparations were handled swiftly and the lightweight equipment was mobilized almost immediately. The team was on-site and ready to start the seal replacement when the vessel arrived in Antwerp.

The operation started with a thorough underwater inspection of the stern tube seal assembly. It was revealed that a rope and a fishing net were entangled around it. Both were removed by the divers and the flexible mobdock was installed to allow for work in dry conditions. The team then removed the three damaged seals and replaced them with new ones.

After the seals had been successfully replaced, the owner could sail his vessel to her next stop free of oil leaks. Despite the vessel’s location close to the Hydrex headquarters in Antwerp the well-stocked fast response center nevertheless saved the owner a costly and unwelcome trip to drydock. 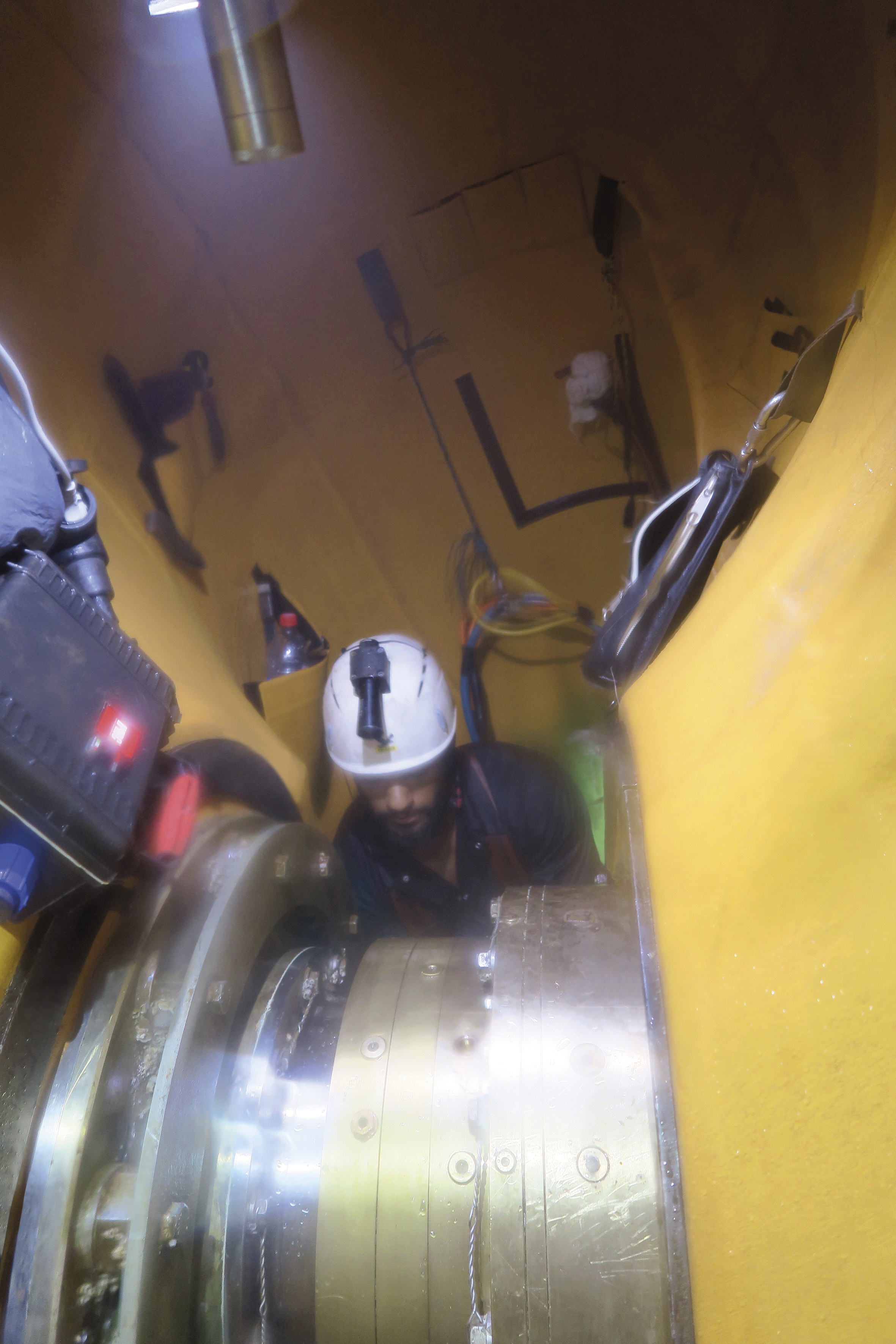 Hydrex diver inside flexible mobdock during seal repair in Mexico.

A team of divers traveled to Veracruz, Mexico for a stern tube seal repair. The operation consisted of the underwater replacement of the damaged seals on both assemblies of a semi-submersible offshore platform.

The unit left the field after its project was finished and was berthed alongside to have repair and maintenance work carried out without docking. Hydrex was asked to perform the stern tube seal repairs during the available window of opportunity.

After the diving team performed a thorough underwater inspection of the assembly they installed on of the flexible mobdocks. Next, they removed the four damaged aft seals one by one and replaced them with new ones. The two forward seals were also replaced during the repair. The six seals of the starboard side assembly were then given the same treatment.

As a result of Hydrex’ many years of experience, the technical department was able to offer a repair plan to the customer very quickly. Once the operation was approved, all preparations were handled swiftly and the lightweight equipment was mobilized from our fast response center almost immediately. Within a matter of days the diver/technicians were on-site and ready to start the seal replacement.

A 180-meter oil tanker had a leaking stern tube assembly. The owner contacted Hydrex and asked to find the best possible afloat repair solution. Because the vessel could be trimmed we suggested to replace the damaged seals above water during the ship’s stop in Flushing instead of using one of the flexible mobdocks.

The Hydrex team first built a scaffolding around the stern tube seal assembly. Next they removed the rope guard. This allowed them to clean the entire area and perform an inspection. The assembly was then opened to give the service engineer of the OEM access to the seals.

After the seals had been replaced the assembly was closed again. Leakage tests were then successfully carried out. The Hydrex technicians repositioned and secured the rope guard. They removed the scaffolding to conclude the operation.

This operation is a perfect example of how Hydrex uses its experience and know-how to offer the best solution for a specific situation. Often an underwater seal replacement using the flexible mobdock technique is the only option, but in this case trimming the vessel was more efficient.