The Next Leap for Subsea Production Control Systems? 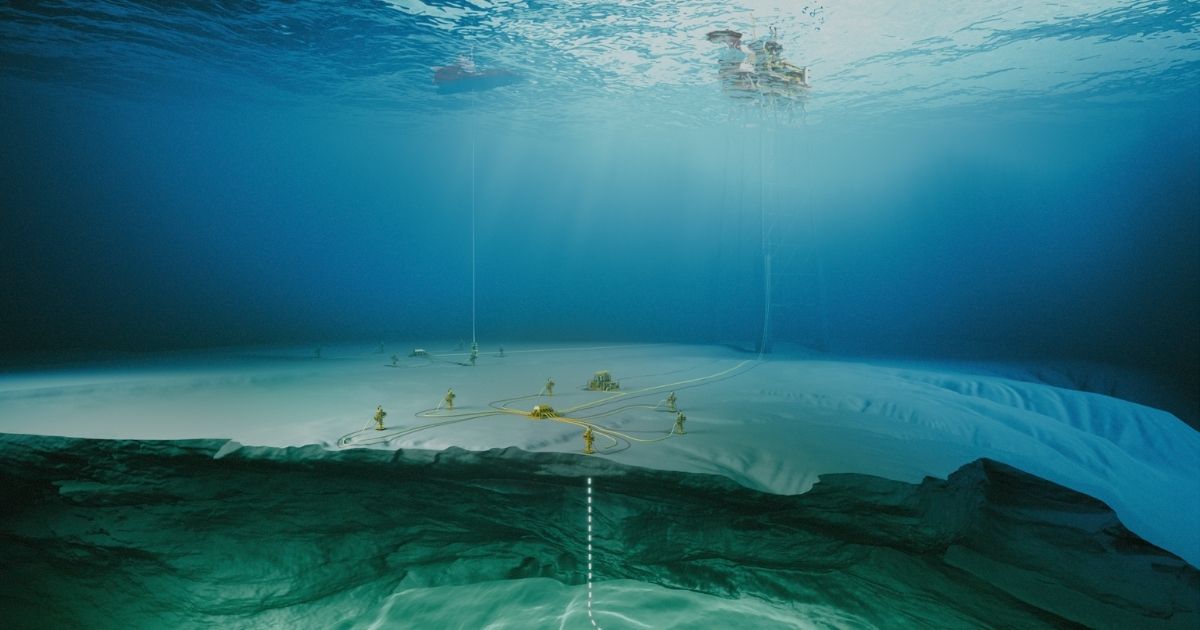 The discovery of the Magnus oilfield in 1974 catalysed a major leap for subsea controls systems. At the time, producing from satellite wells just a mere 5km away was the limit of what could be practically achieved with direct hydraulic controls.

Extending beyond 5km with existing technology raised significant concerns related to making wells safe in an emergency, while the manufacture and installation of large lengths of bundled umbilicals was also technically challenging. At the same time, the water depth and hostile environment of the Magnus field made two-platform field development prohibitively expensive. The operator needed an alternative approach. 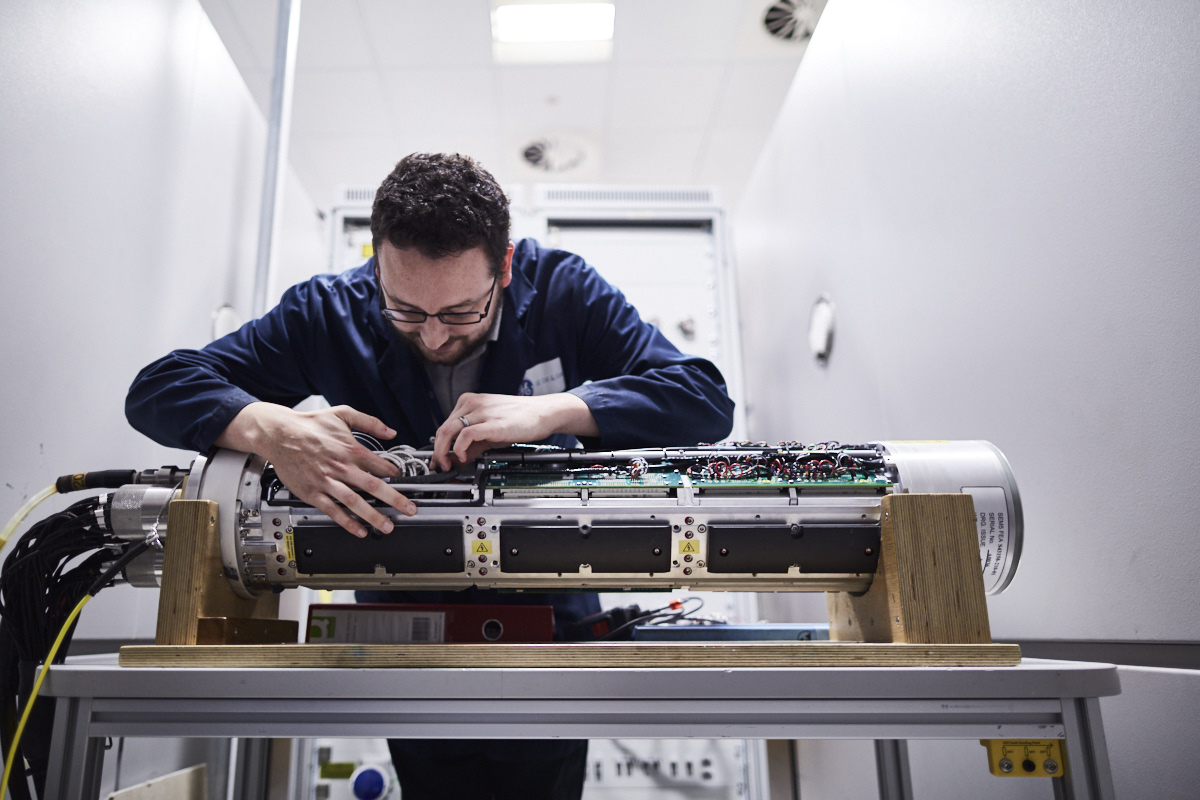 Around the same time, GEC Marconi Avionics was looking to diversify away from military electronics into the commercial world, eventually leading to discussions with the operator about the development of a electrohydraulic multiplexed control system. To ensure the project was financially viable, GEC joined with NL Shaffer, an American company with a track record of providing direct hydraulic controls for satellite wells. The eventual solution achieved many industry-firsts by bringing:

As development of the solution progressed so too did the operator’s business case which came to rely on the use of the multiplexed electrohydraulic control system. The operator was able to pursue the use of seven satellite wells, allowing drilling to commence much earlier which significantly improved cashflow and brought forward the project’s return on investment. First oil was achieved in August 1983, to much fanfare; a televised event saw prime minister Margaret Thatcher press the “go to production” button in front of the nation.

Magnus remains a key North Sea asset to this day, and the original development of the multiplexed electrohydraulic control system has developed into a multi-million subsea control industry. Today’s systems use much smarter instrumentation albeit much of the fundamentals remain the same, relying on a 50-year heritage of bringing reliable communications to increasingly hostile and technically challenging environments. As an example, Snøhvit, in the southern Barents Sea is the first offshore development of its kind that has no surface installations. The production facilities stand on the seabed and the controls run 143km back to land. As the field is developed it has potential to be offset up to 220km.

More recently, the Zohr gas field in the Mediterranean, was developed in record time with just 17 months between signing of the EPC contract and first production. At approximately 190 km north of the city of Port Said in Egypt it is one of the longest offset projects ever developed and a ground-breaker in many respects.

The broad success of subsea controls is allowing operators to continue to push boundaries with the most ambitious now considering the feasibility of projects up to 300km offshore.

Understandably, greater offsets, greater depths and enhanced recovery techniques present new technical challenges for subsea controls manufacturers to solve. Monitoring flow, real time erosion, temperature and seismic data, enhanced equipment performance diagnostics for example, require greater communications capabilities. Greater depths into the 4000-5000 metre range will likely drive a requirement for all electric controls while greater distances will require either higher voltages or an increase in the cross-sectional area of conductors in the umbilical, leading to further development in the area of cables and fibre optics. Here at least we can take learnings from the laying of Transatlantic fiber with products being developed that have standardized cross sections and jointing technology so that existing cables can be lifted to the surface for repairs or extensions. And while subsea controls were not at the top of the digitalization list, industry’s insatiable thirst for information means that where there is mineable data, there is the potential for improved production outcomes.

All electric, all AI?

The development of all-electric subsea controls has the potential to eradicate the need for costly umbilicals altogether when coupled with local power generation and energy storage. Floating wind turbine technologies already exist, while solar and wave is also being investigated. For projects further offshore, removing the need for an umbilical could shave off $100 million in CAPEX which would make many more projects economically viable. Of course, local power generation comes with all the same challenges as a fixed platform – maintenance, piracy, hazard to ships – which makes experiments into tidal turbines situated on the seabed even more interesting.

Eradicating the umbilical would also require a step-change in communications protocol, with fibre being replaced by satellite and the potential for more decisions to be made locally using artificial intelligence. In reality, once the valves are open, there are very few instances where it needs to be closed again, and the role for subsea controls becomes more about ensuring that should a problem arise, the facility will be put into a safe state. Closed loop algorithms based on distributed flow metering could be used to modulate the chemical injections and automate the positioning of the subsea choke, which is the primary flow control device on a subsea tree.

In the same vein, increased use of remote, unmanned production facilities requires a greater focus on reliability to avoid costly downtime and intervention. The growing use of continuous condition monitoring allows incipient subsea equipment issues to be more readily identified and resolved before they become critical.

That said, recent data collated by SEAR JIP suggests a significant portion of subsea equipment failures are seen within the first four years of deployment. This has driven the industry Mean Time To Failure (MTTF) average down to 13.5 years. Whereas the Baker Hughes MTTF is reported to be 24.5 years. Similarly, the data indicated that Baker Hughes controls incurred a failure rate of 12%, against an industry average of 35%. This insight into the performance of subsea controls is invaluable for preparing industry for this step-change in the way we produce oil and gas. Original equipment manufacturers are working collaboratively to address the root cause of subsea equipment failures and to help client make the most of the data available from these types of subsea infrastructure assets more broadly. Baker Hughes recognizes how important it will be for operators to seamlessly manage an ever-shifting portfolio as the energy transition progresses. The Baker Hughes’ designs build in backward compatibility and obsolescence management while ensuring longevity and reliability that will continue to meet the needs of industry as it decarbonises.

50 years ago, the persistence of a pioneering team on just one high-profile project changed the face of exploration and production forever. With all that digitalisation and local power generation stands to unlock, our industry’s engineers stand on a similar precipice today. But who will be the first to take the proverbial leap? As it stands, many high-potential locations remain locked off due to the technical complexity of their production. However, with fresh advances in technology, many OEMs and EPCs alike are eyeing this next step to ensure they can stick the landing.