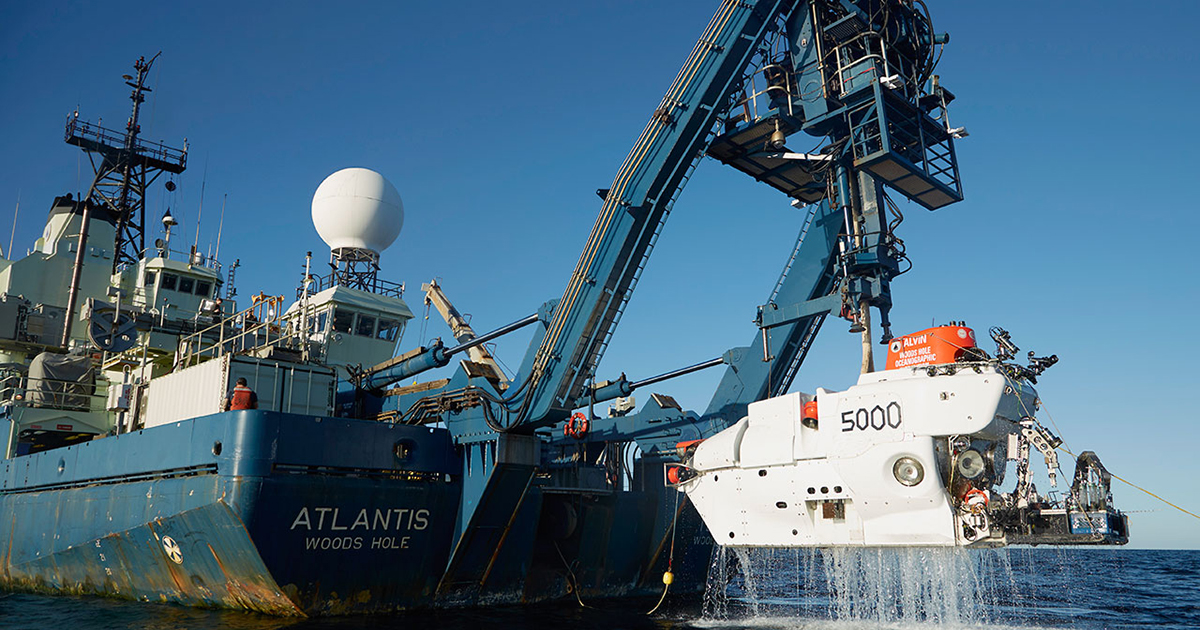 Alvin, the country's only deep-diving research submersible capable of carrying humans to the sea floor, reached another milestone in its long career on November 25, 2018, when the sub made its 5,000th dive during an expedition to the Guaymas Basin in the Gulf of California.

Officially commissioned June 5, 1964, the Navy-owned and Woods Hole Oceanographic Institution (WHOI)-operated sub has been through a series of upgrades and advances that have completely re-made the vehicle and vastly expanded its capabilities. As a result, Alvin has remained at the forefront of ocean science and exploration for over 50 years.

On a 1977 expedition, scientists using Alvin made an astounding discovery—jets of hot, chemical-rich fluids flowing from the seafloor. With the discovery of these hydrothermal vents, Alvin enabled scientists to solve a puzzling riddle about heat flow from the planet’s crust into the ocean. It also gave them their first look at communities of deep-sea organisms where they previously thought little—if any—life existed. Out of the reach of sunlight, the communities were not fueled via photosynthesis, but rather by chemosynthesis, utilizing the chemicals flowing from the seafloor.

“Alvin revolutionized our understanding of the extremes that life can tolerate and caused us to re-think the origin of life on our planet,” says Adam Soule, Chief Scientist for the National Deep Submergence Facility (NDSF), which operates the sub and other underwater vehicles, such as the remotely operated vehicle Jason, for the entire oceanographic community. “The sub also continues to expand our knowledge of where and how life might exist on other planets.” 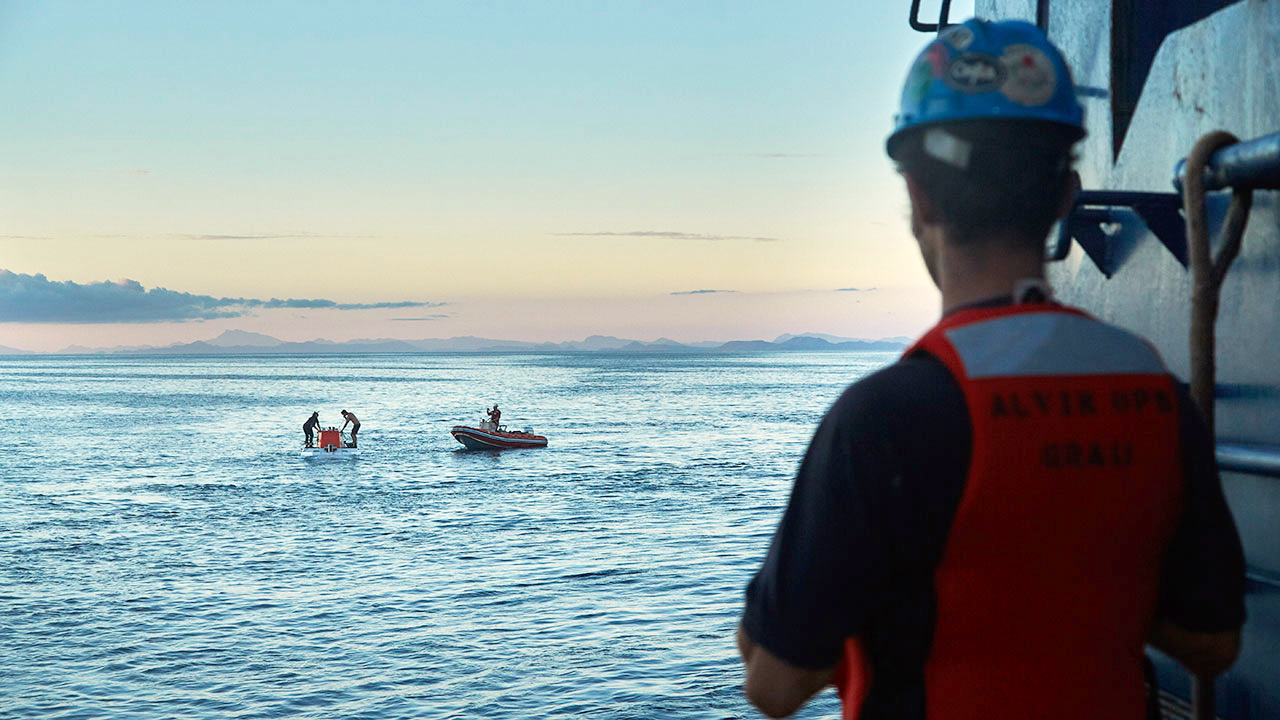 Alvin has had many milestones over the decades, including aiding in the recovery of a lost hydrogen bomb, exploring the wreck of the RMS Titanic, and examining impacts to deep-sea coral communities in the Gulf of Mexico following the Deepwater Horizon oil spill.

Alvin, which is supported by funding from the National Science Foundation, is one of only five deep-sea research submersibles in the world. The workhorse sub executes about 100 dives per year, and over its life has accounted for more than half of all of the scientific dives carried out by human-occupied submersibles worldwide. Scientists and students from colleges, universities, and research organizations around the country regularly use Alvin and the NDSF for a variety of scientific and ocean engineering studies that benefit from a human presence in the ocean and on the seafloor. 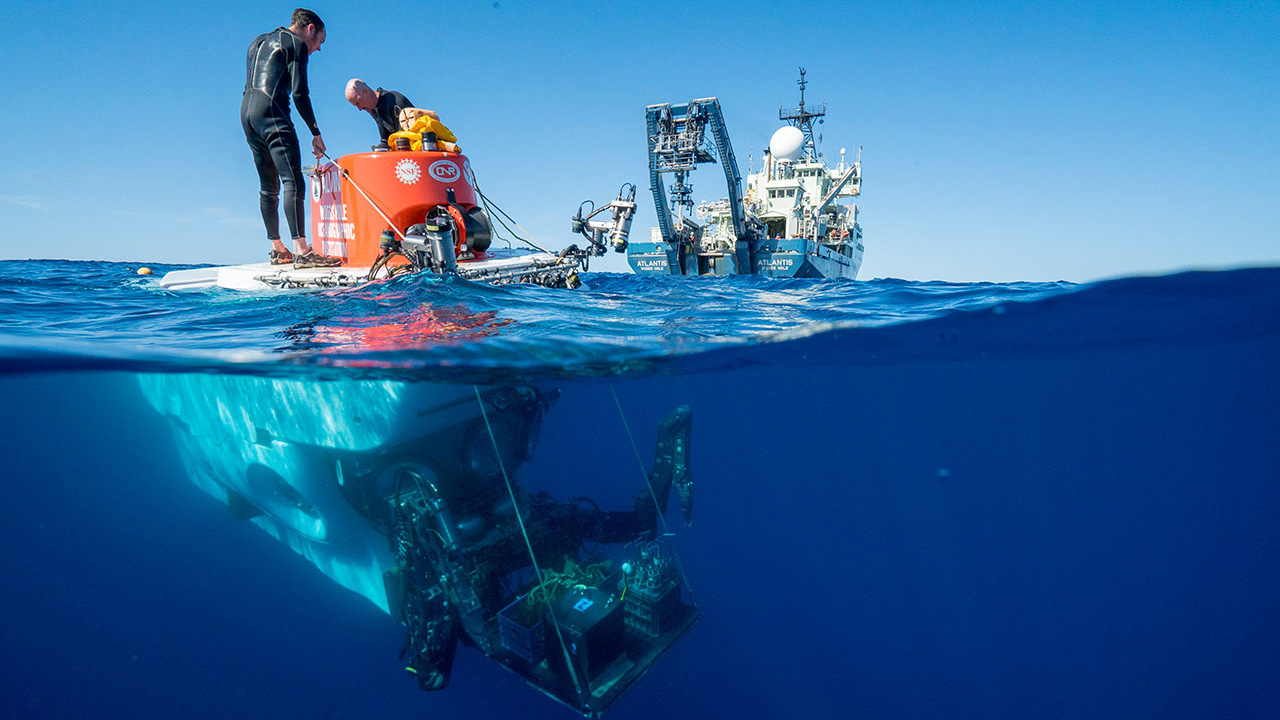 Currently, Alvin reaches a depth of 4,500 meters (15,000 feet), which gives researchers in-person access—on dives lasting up to ten hours—to about two-thirds of the ocean floor. The sub will soon complete the final phase of its current upgrade, which will enable Alvin to dive to 6,500 meters (21,000 feet), putting 98 percent of the seafloor within its reach.

“Alvin helped inspire the development of new generations of deep-submergence technology and vehicles,” says Andy Bowen, Director of the National Deep Submergence Facility at WHOI. “And it continues to inspire generations of future scientists, engineers, and explorers.”