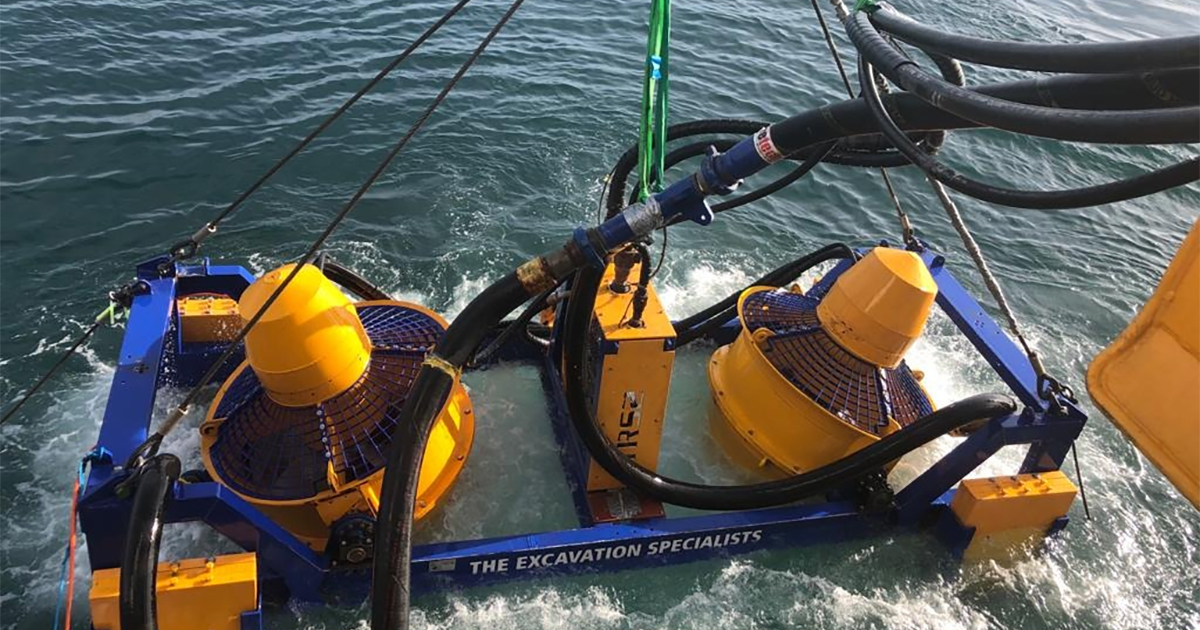 Subsea, trenching and excavation pioneer, Rotech Subsea, has completed a major well-head and jacket reburial scope in the North Sea for a leading international offshore marine services player. Rotech Subsea mobilized its next generation TRS2 Controlled Flow Excavation (CFE) and Suspended Jet Trenching tool to complete the jacket template and well-head reburial in the Southern North Sea in Q3, 2020. The Rotech RSG grab tool also assisted in the recovery of a PLET structure in the UK Southern Basin.

The Aberdeen-based subsea trenching specialist’s state-of-the-art TRS2 CFE and Suspended Jet Trenching tool was selected by the client for its high volume performance, making it the optimal method for reburial due to its ability to fluidize and displace large amounts of sediment. The equipment operated in depths of up to 17m.

The TRS2 de-buried the jacket template and well-head with ease, reaching up to 5.5m in deburial depth in dense sand soils. The TRS2 was also deployed for backfilling operations, minimizing the effect on the seabed by filling the excavated area with the removed sediment allowing for NSBL to be achieved.

Rotech’s RSG grab tool successfully lifted cuts of the PLET into a subsea basket at another site.

“We were delighted to be contracted for these two scopes of work in the North Sea,” said Director of Subsea, Stephen Cochrane. “It’s a huge endorsement for us that our state-of-the-art tools were selected for this deburial work over other tools available, due to the safe, non-contact method and productive trenching speeds more than double that of competing Mass Flow Excavation tools.

“Our RS range of Controlled Flow Excavation (CFE) and Suspended Jet Trenching tools have become the method of choice for Oil and Gas IRM scopes over other contact trenching systems and ploughs due to our teams’ unrivalled experience and our tools’ unrivalled performance.”