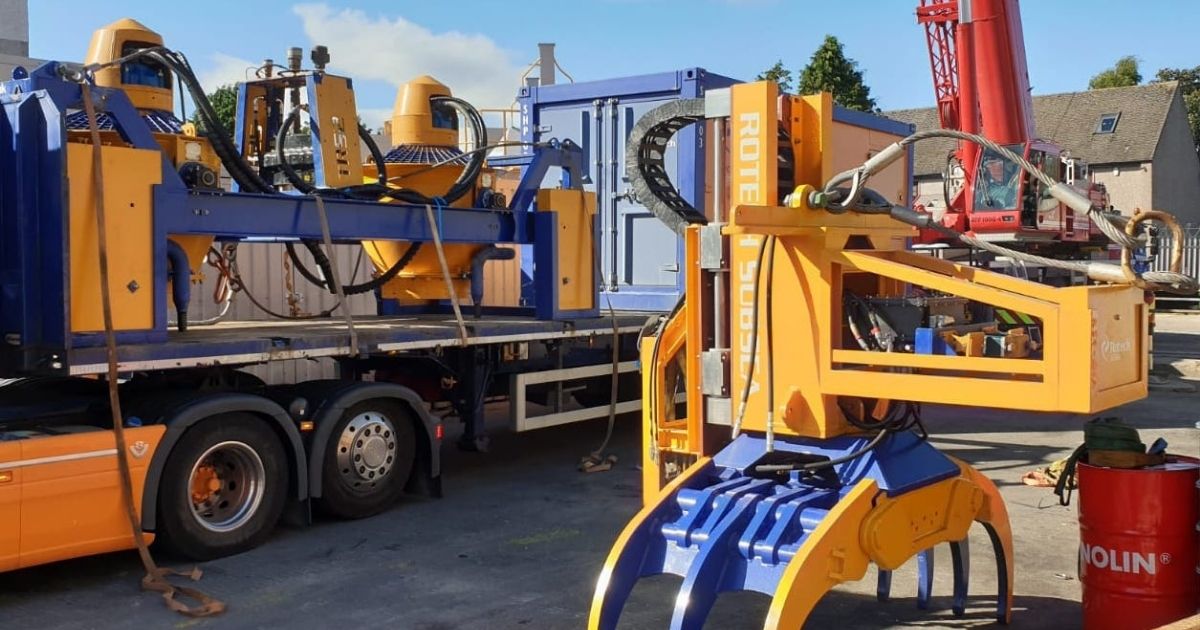 Subsea, trenching and excavation pioneer, Rotech Subsea has completed a major sand wave clearance and cable recovery in the English North Sea for a leading engineering and underwater services provider. Rotech’s next generation controlled flow trenching and excavation TRS2 tool was deployed for the sand wave clearance while its RSG tool completed the cable recovery.

The Aberdeen-based subsea trenching specialist was contracted by the client to provide its state-of-the-art TRS2 Controlled Flow Excavation (CFE) and Suspended Jet Trenching tool to carry out a sand wave clearance in the SNS sector. Rotech’s RSG grab system was mobilized to assist in the cable remedial works. The successfully completed scope of works adds to Rotech’s unrivalled European track record in renewables.

The cable remedial works required Rotech Subsea to clear a suitable corridor to Mean Sea-Bed Level to allow access for the client’s Track trencher. The TRS2 tool was selected by the client due to its high volume output performance, making it the perfect tool to fluidize and displace large amounts of sediment whilst having a higher exit jet pressure compared to older MFE systems in the marketplace.

The project, which saw Rotech’s subsea spreads of equipment operate in water depths of between 9-18m, was a success. Sand waves were cleared with ease leaving a corridor between 9-10m wide for the track trencher to enter. This was achieved in two passes at a vessel speed of 4m/min in Dense Sand soils.

The TRS2 was also used in SIMOPS to rebury approximately 3km of cable. The RSG grab operations were also a success. The grab pulled the cable free from the se- bed allowing the client to cut the cable for recovery.

“Increasingly, we are seeing our RS range of Controlled Flow Excavation (CFE) and Suspended Jet Trenching tools being the ‘go to’ choice for IRM scopes like this,” said Director of Subsea, Stephen Cochrane. “Our trenching speeds are more than double that of competing Mass Flow Excavation providers, owing to the enhanced jet power the RS tools deliver and our team is adding to their unrivalled experience in the field on a weekly basis.”