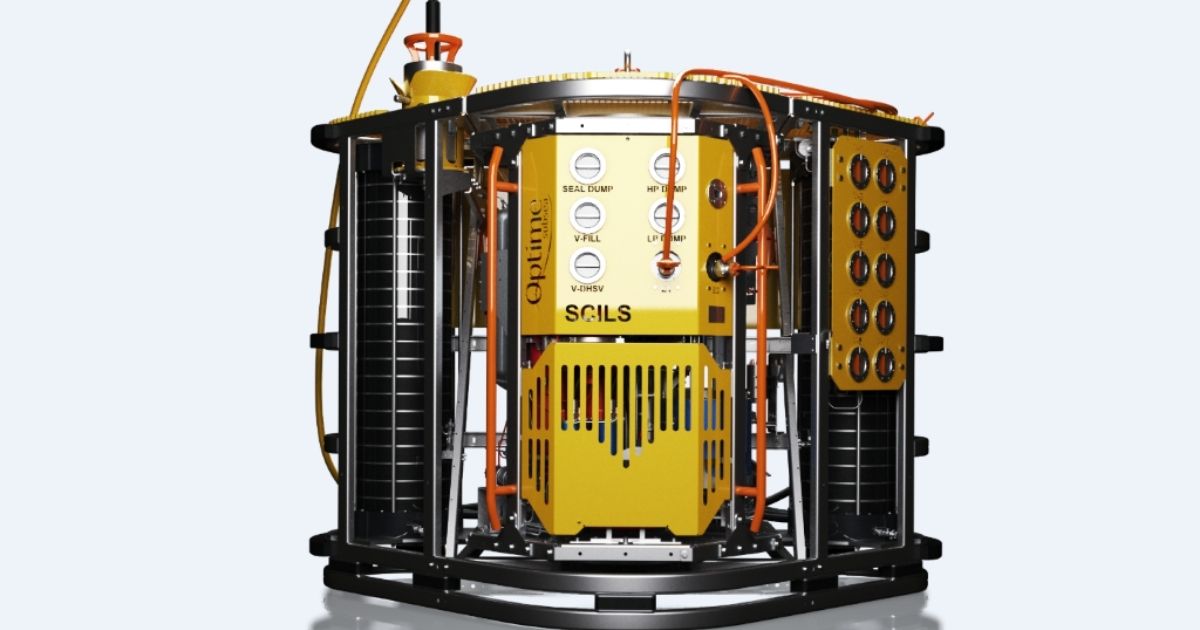 Aker BP is the world’s first operator to utilize the subsea control system SCILS from Optime Subsea. This system simplifies installation, maintenance and plugging of subsea wells. Through SCILS Aker BP can reduce its costs for control systems in well operations by more than 50 percent.

“At Aker BP, our goal is to be at the forefront of implementing new technology. Our cooperation with Optime Subsea is proof of this. Solutions like SCILS will allow us to solve our operations in a simpler, safer and more cost-efficient way. Continuous improvements in operations will help make us more competitive in the future,” says Mads Rødsjø, Aker BP’s Vice President Operations in Drilling and Wells.

SCILS is an abbreviation for “Subsea Controls and Intervention Light System”. SCILS is an advanced control system used to control well functions. It can carry out a number of well operations without complicated and heavy equipment, and it can be used with different suppliers.

The system is located next to the well on the seabed. In simple terms, this means moving equipment that is normally on the rig deck to the seabed. This allows us to reduce the size and weight of the equipment. In turn, this reduces the need for people, space, time and costs on a rig.

“SCILS is part of our strategy to streamline subsea operations. It gives us necessary flexibility and shorter response times. Reducing the weight and footprint of the equipment – which is often shipped around the country and out to the rig – is also positive for the environment,” says Tor Otto Lidal. He is a senior subsea engineer in Drilling and Wells and was part of introducing SCILS in Aker BP.

Traditional solutions mean large containers for umbilicals and associated equipment, including all hydraulics and electricity. This requires several weeks of assembly, takes up space and can weigh as much as 50 tonnes. SCILS has a footprint of 3.5 x 2.5 metres. The device weighs between 3 and 7 tonnes, depending on reservoir size and configuration.

“The system can be mobilized and demobilised in one day. It can easily be transported to and from the rig on a ship. This will considerably reduce the need for planning and the number of people on the rig. SCILS also has functionality which will allow us to use the same equipment with multiple X-mas tree suppliers. This will simplify our work, and simplification equals success,” says Hans Andreas Øygarden. He is also a subsea engineer in Drilling and Wells and was a key part of the implementation of SCILS.

Aker BP signed a framework agreement with Optime Subsea to use SCILS and associated systems in January 2019. The agreement is valid for two years, with options for two additional years. It was the first agreement signed with the start-up company based in Notodden in Norway.

“When we entered into this collaboration with Aker BP, Optime Subsea changed from a product and systems supplier to a service provider with equipment and personnel in operations. Over these two years of cooperation, Optime Subsea has grown from 25 to 50 employees, which is a direct consequence of a leading player like Aker BP taking a chance on being the first to embrace this new technology. The way we cooperate with Aker BP has also led to further development of SCILS, with new technical and innovative solutions,” says Optime Subsea’s CEO Jan-Fredric Carlsen.

The company was established in 2015. Aker BP and Optime Subsea have been cooperating very closely on the development of SCILS in recent years – as a single team and not as customer and supplier.

Aker BP has used SCILS in three operations. The first was in connection with plugging two wells on Jette in the North Sea in the summer of 2019. Later, it was used in the completion of the Skogul well and the Kamelon Infill Mid well in the Alvheim area in 2020.

“On the Kamelon Infill Mid well, we used SCILS in connection with starting up the well. We’ve estimated savings of more than 50 per cent, compared with a traditional well control system setup – a so-called WOCS,” says Rødsjø. He adds that, with the current activity level, Aker BP projects that the use of SCILS will contribute to a cost reduction of about NOK 15-20 million per year for the company.

Successful smart work in the alliances

Aker BP’s SCILS operations have been carried out from Deepsea Nordkapp. This rig is part of the alliance for semi-submersible rigs between Aker BP, Odfjell Drilling and Halliburton.

“Reorganising the value chain through strategic partnerships and alliances is an important part of Aker BP’s improvement strategy. In the alliances, we’re continuing to work actively to adopt market-leading technology in our operations; technology that yields increased value creation. SCILS is an example of us achieving precisely this, together,” says Rødsjø.

Aker BP is planning to use the system for additional wells moving forward. Work is also under way to make SCILS wireless by removing the umbilical and instead communicate acoustically. This will make the system even more flexible.

“Aker BP is always on the lookout for technology that can help create continuous and lasting improvements in our operations. The technology will force a cost reduction on the Norwegian shelf, and this is important for our value creation. We see a considerable potential in SCILS, and our ambition is to use it in more operations and from more rigs in the future,” Rødsjø concludes.