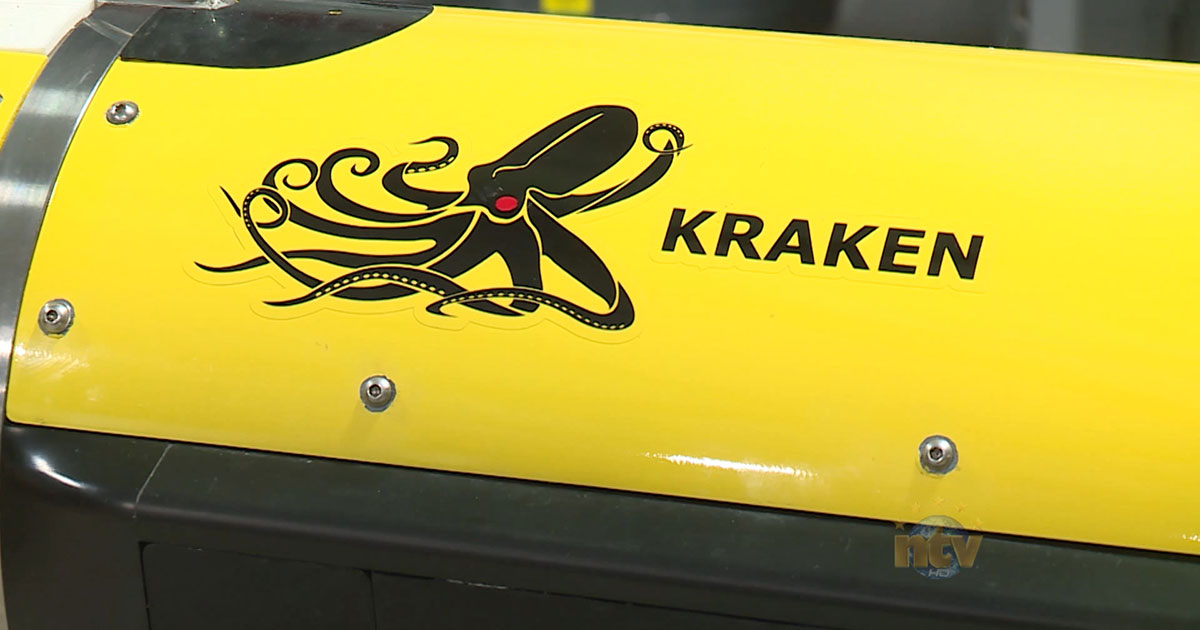 Kraken Robotics Inc. Canada’s Ocean Company has entered into a non-binding letter of intent (the “LOI”) dated April 8, 2021 in connection with the proposed acquisition of PanGeo Subsea Inc. (“PanGeo”) from Cahill Innovation Inc, a member of the Cahill Group of Companies, and Argentum Asset Management AS.

Moya Cahill, a director of Kraken, is a shareholder of Cahill Innovation Inc, and she resigned as a director of Kraken prior to the approval and execution of the LOI in order to ensure proper governance and review of the transaction by a fully arm’s length board.

The proposed acquisition would create a Canadian-headquartered global leader in ocean technology in the areas of subsea and sub-seabed imaging. If completed, Kraken would benefit from a number of synergies and advantages including:

Karl Kenny, Kraken President and CEO said: Commenting on the LOI, “Since plans for our OceanVision project started in 2018, we have been preparing our industry leading Synthetic Aperture Sonar and 3D underwater laser scanning technologies to be used in a Robotics/Data as a Service (RDaaS) business model as opposed to a product only strategy. While customers in the defense industry generally purchase this technology, in the commercial market customers are more focused on the provision of services by capable third-party companies. We believe that this potential acquisition would complement Kraken’s existing products and services with a stronger base of recurring revenues. As in the past, we expect PanGeo and Kraken will continue to work with many offshore service companies that prime these jobs and integrate specific scopes of work from various sub-contractors.”

Moya Cahill, PanGeo’s co-founder and CEO noted: “Notwithstanding that there is due diligence and negotiation for Kraken to complete this acquisition, this opportunity is very exciting for PanGeo as Kraken and PanGeo are world leaders in seabed and sub-seabed technology applications, respectively. Assuming closing of this transaction, I am confident that ocean industry customers will benefit from a broader suite of offerings from sensors, platforms, and service delivery solutions. PanGeo has a more than 10-year commercial track record of providing 3D acoustic imaging solutions to offshore renewable energy, offshore energy, and defense customers.”

Conditions of the Transaction

Completion of the acquisition is subject to, among other matters, the completion of due diligence, the negotiation of a definitive agreement providing for the transaction, and satisfaction of certain other conditions to be negotiated therein. Given the materiality to Kraken, it is not anticipated that any Kraken shareholder approval would be required to complete the proposed acquisition. Pursuant to the LOI, the parties have agreed to a 60-day exclusivity period during which they will complete their due diligence and negotiate exclusively with each other with a view to settling the terms of the transaction and the form of definitive agreement. Further details will be provided upon successful completion of the due diligence period and the signing of a definitive agreement. The LOI may be terminated by either party if a definitive agreement is not entered into by May 31, 2021. In addition to other conditions, the proposed acquisition remains subject to the approval of the TSX Venture Exchange.