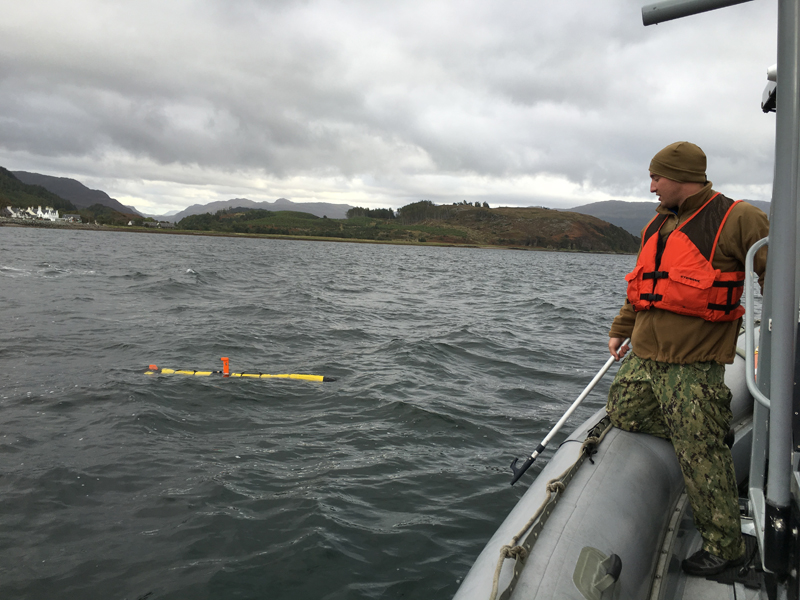 OceanServer Technology recently participated in the first ever Unmanned Warrior (UW) in Loch Alsh, Scotland. Part of Joint Warrior, the semiannual, United Kingdom- led training exercise is designed to provide NATO and allied forces with a unique multi-warfare setting in which to prepare for global operations.

The event also provides a stage for valuable research and training, on the latest in autonomous naval technologies while simultaneously strengthening international interoperability. Multiple Iver AUVs were put in active roles by members of the Royal Navy, US Navy and the Defense Research and Development Canada (DRDC). The Iver-3 systems were used in a segment of Unmanned Warrior known as Hell Bay, during which groups of underwater vehicles demonstrate how they collaborate to carry out autonomous tasks like target location and recognition.