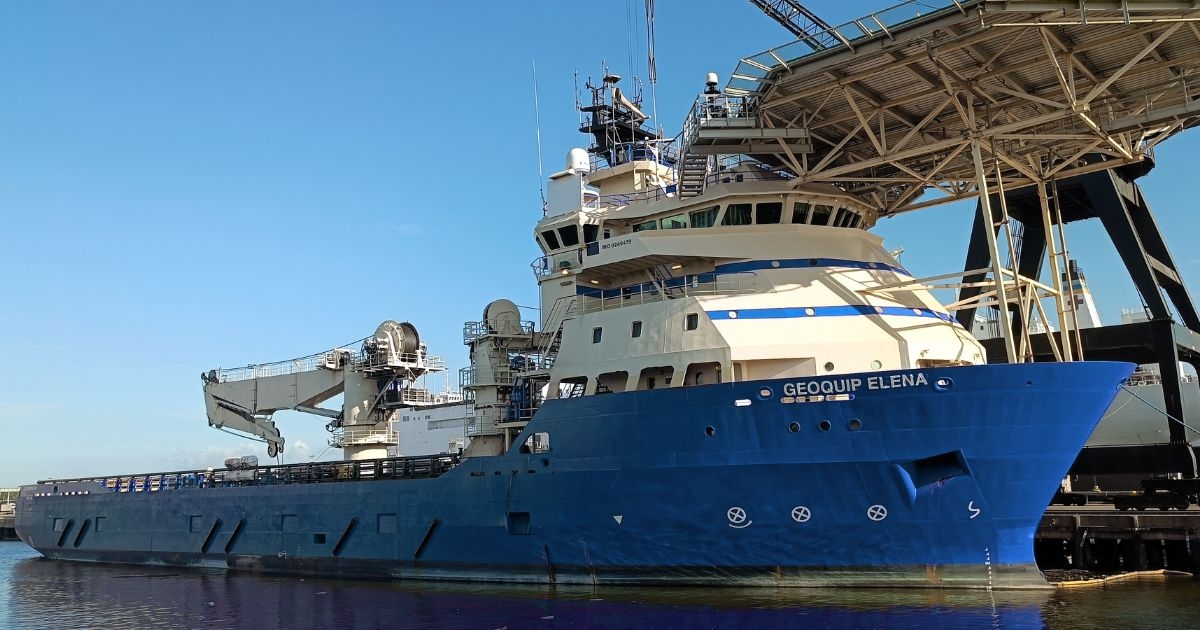 Global offshore geotechnical data acquisition, analysis and reporting specialist Geoquip Marine has confirmed the further expansion of its fleet of vessels with the addition of a further integrated geotechnical survey vessel (GSV), the Geoquip Elena.

Geoquip Elena is setup as a specialist deep push Cone Penetration Testing (CPT) vessel and has been acquired to add vital capacity to the demand from offshore windfarm developers, especially in Europe and North America. The vessel is a 4,000-ton IGSV 91m in length and 19m in breadth. It was built at Vard Brattvaag, Norway in 2002.

It is currently being fitted with one of Geoquip Marine’s 200kN seabed CPT units, which can operate a range of seabed penetration test equipment.

Once operational on the seabed, the CPT unit relays data to an operator on board in real-time where it is then processed. The 200kN system provides a continuous profile of tip resistance, sleeve friction and pore water pressure, which can be used for the derivation of shear strength in cohesive soils and the relative density of non-cohesive soils.

The rig can reliably push to depths in excess of 40m and is therefore ideally suited for gathering data for the construction of foundations for offshore windfarms.

Geoquip Elena joins five other DP2 and four-point moored vessels in the company’s fleet, which provide a highly versatile range of offshore geotechnical investigation services in all parts of the world.

“We are delighted to announce the addition of Geoquip Elena to our fleet, providing greatly needed additional capacity for deep bed CPT services in our busiest locations,” says Chief Executive Officer Stewart Higginson. “The company has experienced tremendous growth in the last few years and the demand for offshore wind power continues to gather greater momentum. The extra capacity it provides will significantly reduce waiting times for developers in these areas.”