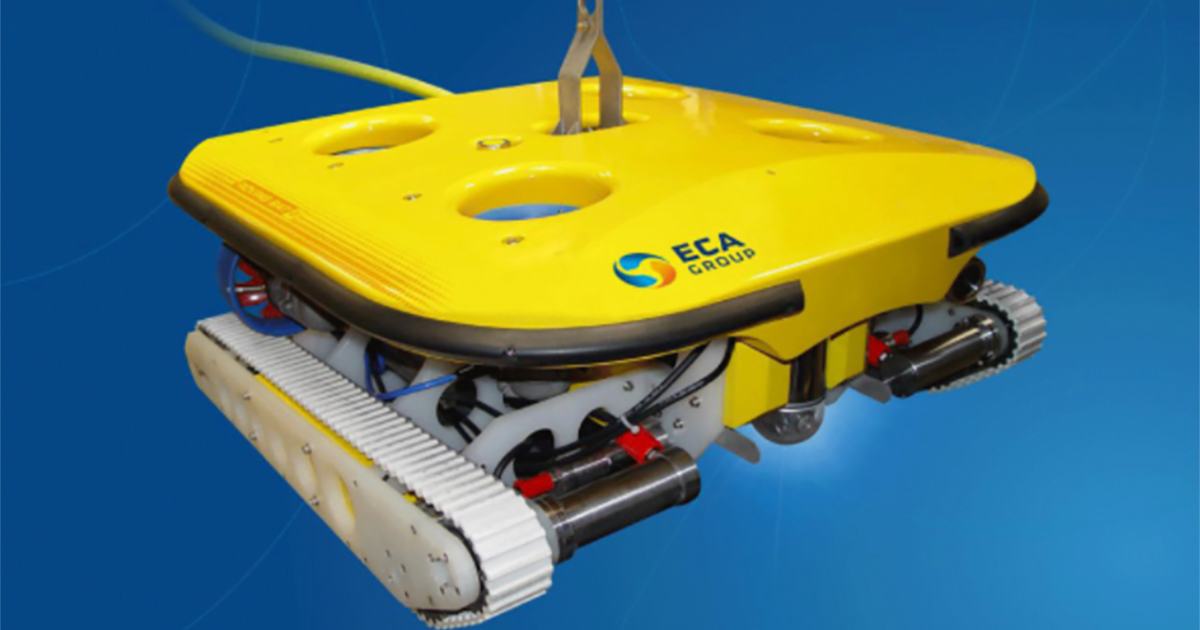 The challenge set by today’s and tomorrow’s environment is to produce clean energy at reduced cost.

The number of offshore wind farm projects is multiplying, and industry must find technological solutions which are both ecological and economical in order to efficiently maintain this type of complex installation in the marine environment. By participating in the European H2020 Atlantis research project, ECA GROUP is actively preparing the future generation of underwater cleaning and inspection robots to meet the growing demands of the Marine Renewable Energies field.

Currently, one of the factors slowing down the development of offshore wind turbines is the high cost of operating and maintaining their infrastructures, which can represent up to 30% of the total cost of the electricity produced. As part of the Horizon 2020 (H2020) European R&D program, the Atlantis project brings together ten partners of all sizes, including a manufacturer of floating wind turbine structures, research institutes, operators and universities. The goal of the program, which has a total budget of 7 M€, is to establish a pilot infrastructure to showcase leading-edge robotic technologies for the inspection and maintenance of offshore wind farms. This large-scale pilot, the “ATLANTIS TEST CENTER”, will be deployed in Viana do Castelo in Portugal, to take advantage of the meteorological and sea-state conditions of the Atlantic Ocean.

As part of this challenge, ECA GROUP is modernizing its Roving Bat robot, a hybrid remotely operated vehicle (ROV) already used successfully by Oil and Gas stakeholders for almost 15 years.

This ROV is particularly well suited to maintaining offshore platforms, where, as well as performing detailed visual inspection, it accurately measures the degree of wear of anodes and infrastructures. This underwater robot, connected to the surface via an umbilical cable, is distinctive in its capability to adhere to underwater infrastructures and move vertically on them. It is equipped with two crawlers and eight thrusters, which ensure its adherence to the structure and enable it to operate in depths of up to 100m. The robot sends back the images from its various onboard cameras in real time and the operator can interact directly with the environment, thanks to the robot’s articulated arm.

The next generation of underwater cleaning and inspection robots

The Atlantis program is supporting ECA GROUP in its development of a more robust version of the Roving Bat. We are integrating a manipulator arm controlled in Cartesian mode which will be more flexible for performing tasks requiring both more accuracy and more power. In particular, it will be able to perform cleaning using brushes more efficiently than the other solutions currently on the market.

ECA GROUP is also specialized in power electronics, a key competency which will enable a new power converter to be developed, to considerably improve the robot’s performance. Thanks to the converter, the ROV will be supplied from the surface using 1000V voltage. The converter makes it possible to use a much thinner cable, reducing its resistance to the sea current, making the robot far more agile. This embedded converter will also result in notable gains in terms of the power delivered to the thrusters - vital to ensure that the robot withstands the strong currents present in the areas where the wind turbines are installed.

The industrial showcase this program represents is an opportunity to promote robotics solutions which are viable, efficient, adapted to market needs and profitable for all stakeholders. The commercial perspectives of these solutions are significant because they are part of the very high potential sector of Marine Renewable Energies. With its new-generation robots, ECA GROUP will be able to position itself as part of the European offshore wind turbine technology cluster which envisages a sustainable and ecological future for energy.

This project has received funding from the European Union’s Horizon 2020 research and innovation program, under the Grant Agreement no. 871571.