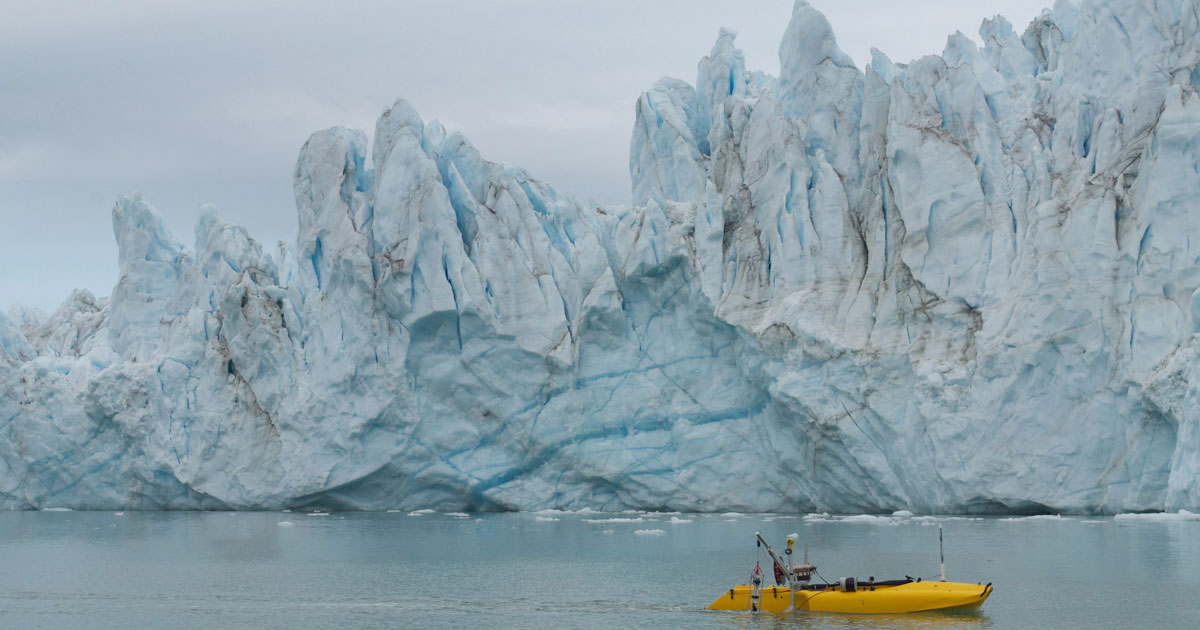 In spring 2018, researchers from Woods Hole Oceanographic Institution (WHOI) surveyed the Arctic nearshore of Cambridge Bay, Canada, by remote-controlled kayak equipped with an RBRconcerto CTD. The CTD and chemical data they collected captured the outgassing pulse associated with ice break-up and helped them identify the physical dynamics that created the pulse, allowing them to better constrain the annual greenhouse gas cycle in the Arctic estuary.

The ChemYak, developed by Anna Michel and David Nicholson at WHOI, has a jet-ski motor and carries instruments for measuring ocean chemistry. Nicholson, associate scientist of marine chemistry and geochemistry, describes how their design allows them to collect co-located chemical and CTD data: “The RBR is on a short winch spooled both with the CTD and a hose pumping up to greenhouse gas analyzers. We were getting greenhouse gas measurements from the same point in the water column where we were measuring with the CTD.”

Data from a week of transects through the arctic estuary during ice break-up allowed the WHOI team to better understand concentrations of icebound methane and CO2. During the spring thaw freshwater high in methane and CO2 – dissolved gases produced in freshwater ecosystems – flows into the coastal ocean beneath the sea ice. As the sea ice breaks up, those gases are released. Nicholson says: “We saw this big pulse of methane and CO2 that came out with that freshwater.”

In fact, they found that discharge from the river may account for more than 95% of methane emissions from the arctic estuary. Nicholson noted the importance of catching this pulse to understanding the annual greenhouse gas cycle – the type of large-scale surveying for which the ChemYak, with its ability to get into shallow and ice-ridden areas safely and to cover large areas quickly, is perfectly suited.

Using the RBRconcerto data, the team also identified a strong salinity stratification: the top two meters were dominated by methane-enriched freshwater over top of seawater. This combination of CTD and greenhouse gas measurements allowed them to better understand the physical dynamics controlling the flux of gases.

Key to the CTD measurements, Nicholson says of the RBRconcerto: “Salinity sampling is tolerant to bubbles.” He explains that the ChemYak drives around quickly, creating bubbles and sampling close to the surface. Because the RBRconcerto doesn’t require a pump, it operates close to the surface without concerns for entraining air into a pumped system.

The ChemYak’s high resolution data will complement a long-term biweekly to monthly timeseries collected by a team at the University of British Columbia, Canada, to more precisely quantify the annual greenhouse gas cycle. This work, River inflow dominates methane emissions in an Arctic coastal system, is under review at Geophysical Research Letters.