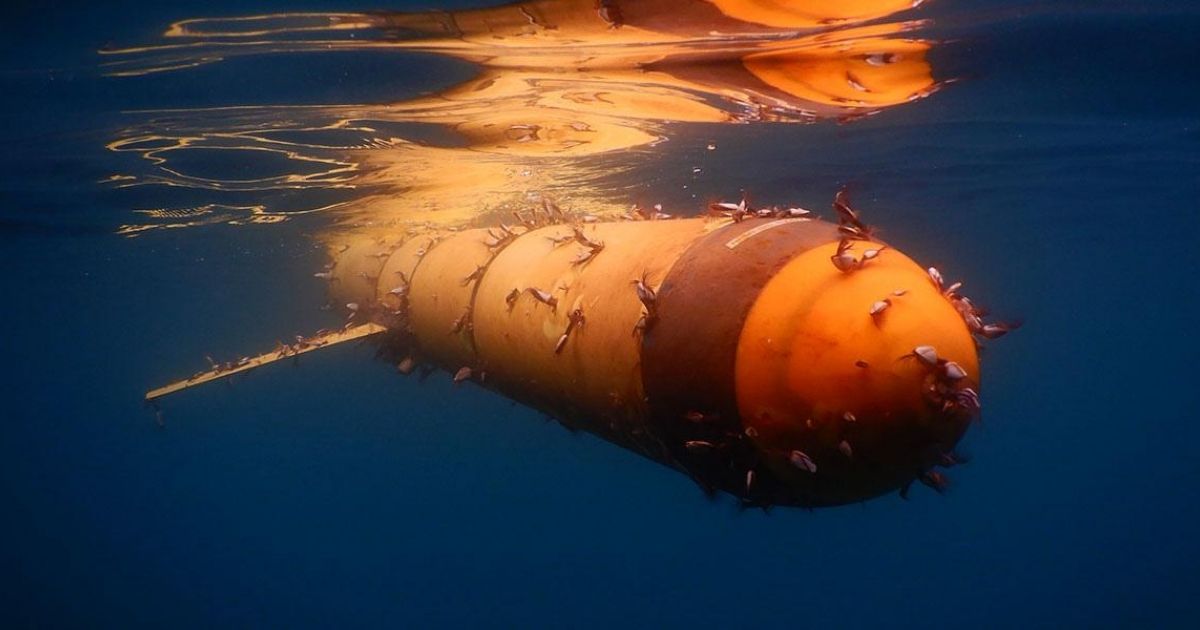 Teledyne Marine has announced that its Slocum G2 Glider named Silbo, manufactured by Teledyne Webb Research, has completed an over 4-year journey that circumnavigated the Atlantic Ocean in four legs, a first for an autonomous underwater vehicle (AUV).

Silbo was named in honor of its 2011 maiden voyage from Teledyne Gavia in Iceland to the Canary Islands, a Spanish archipelago off the coast of northwestern Africa.  Silbo Gomero is a language of the Canary Islands, used to communicate across the deep ravines and narrow valleys that extend across the island.  Silbo then went on to complete a western crossing of the Atlantic Ocean.

In 2016, Silbo was updated at the Teledyne factory with an extended energy bay and thruster in preparation to circle the Atlantic Ocean.  Launched in the early spring of 2016 from Cape Cod, Massachusetts, Silbo interacted with international science teams from several countries, collected scientific and critical engineering data along the way for a variety of programs, and returned to Cape Cod in late June of 2020.  Other than a scratched hull repair, the only maintenance that Silbo received during the three stops was an external cleaning and a fresh set of batteries.

For the first leg, from Cape Cod to Ireland, Silbo covered a distance of 6557 km in 330 days. While in Ireland, Silbo participated in a Glider Training session hosted by the Marine Institute and P&O Maritime Services, Galway.   On the second leg, Silbo flew from Ireland to revisit the Canary Islands, covering 3695 km in 178 days, and participated in “glider school" at the research facility Oceanic Platform of the Canary Islands (PLOCAN) and the University of Las Palmas de Gran Canaria (ULPCG).

The third leg took 418 days (believed to be another autonomous glider record), where Silbo flew from the Canary Islands to St. Thomas, U.S. Virgin Islands, again crossing the Atlantic Ocean and gliding 6256 km. Supported by staff and students from University of the Virgin Islands (UVI), St. Thomas, Teledyne technicians recovered, re-batteried and re-deployed Silbo in less than 24 hours.

During Silbo's incredible journey, it collected hurricane data, corrected current models, and provided close to 5000 CTD casts that aided metalogical forecasting. With partners from Rutgers University and its student base, UVI, PLOCAN, UGCLP, the Marine Institute, and others, Silbo also participated in the Challenger glider mission. Silbo has been a test bed for many new engineering hardware and software features for both existing and next generation Slocum gliders. Recent legs have provided data on new battery configurations, advanced software, and techniques for piloting long endurance missions and minimizing biofouling.  Silbo's accomplishments have been critical in the glider community's understanding of techniques used to increase robot durations at sea.

“Born out of Dr. Rick Spinrad's challenge to build a robot that can cross the Atlantic, these long-endurance oceanic scale basin crossings with little yellow submarines are becoming more and more routine.  Along the way, we continue to entrain international and educational outreach and better our global ocean predictive skills – a testament to the foresight of Dr. Henry Stommel and Douglas Webb who were instrumental in bringing undersea gliders to life."  Clayton Jones, Senior Director of Technology Teledyne Webb Research

“An Epic mission!  A technological achievement, a global team building achievement, with data impact on hurricanes and others.  A 4-year mission for the record books.  Congrats to all involved!"  said Scott Glenn, Board of Governors Professor Rutgers University.