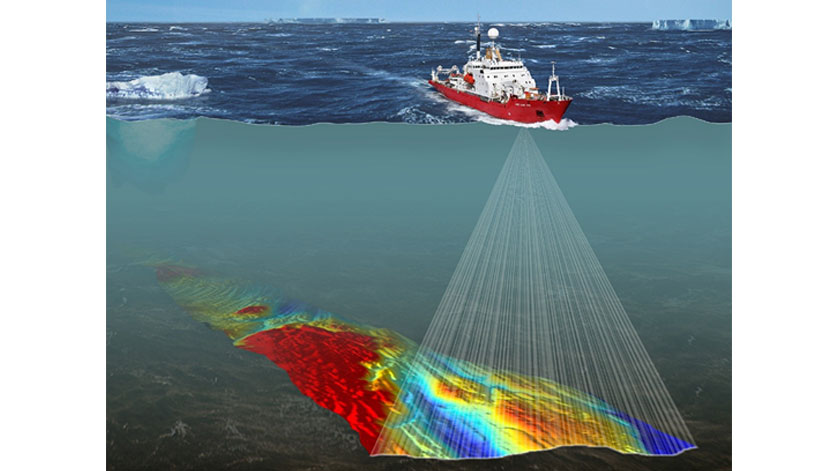 In an era where huge expanses of ocean are being designated as Marine Protected Areas (MPAs), the importance of mapping the seabed to collect baseline data and monitor change is vital.

New results from an MPA around South Georgia, published this week by NOC, BAS and University of Southampton scientists in the journal Science of the Total Environment, demonstrate that seabed mapping over very large areas of ocean can assist in marine planning and conservation, especially in UK Overseas Territories and other remote regions with sparse data.

This is the first attempt to test the effectiveness of large-scale seabed habitat maps in improving understanding of the unique biodiversity of one of the world’s largest MPAs, off the sub-Antarctic island of South Georgia. Regions sharing similar environmental conditions were shown to share more of the same species than regions with contrasting conditions.

Despite the cold, dark and dynamic nature of the deep waters around South Georgia, they are teeming with spectacular marine life. For example, slow-growing, cold-water corals were found in complete darkness at depths of over a thousand meters. They were found alongside basket stars, a close relative of the starfish with spaghetti-like arms to grasp at food in South Georgia’s nutrient-rich waters.

Lead author Oliver Hogg, who is a marine ecologist and PhD student at University of Southampton, said “The waters surrounding the island of South Georgia teem with incredibly rich marine life, and many species living there are found nowhere else on Earth. Through better understanding the link between the marine environment and the biological communities that live there, we are better placed to protect some of the rare, unique and fascinating marine life that inhabits these icy Antarctic waters”.

The UK Government is committed to long-term protection of over four million km2 of the world’s oceans that fall within the UK’s Overseas Territories. Prioritising which parts of the ocean most require protection depends on scientific information to help decide upon the size and location of these MPAs. However, many of the UK Overseas Territories are very remote and have limited scientific data. In these regions, seabed habitat maps made using broad-scale physical environmental data, such as depth, submarine terrain and water temperature, are used to help predict patterns in marine biodiversity where biological records are either poor or lacking.

Dr Veerle Huvenne, marine habitat mapping specialist at the NOC and co-author of the paper said "A number of very large MPAs have been declared across the world in the last few years. For most of those, the amount of available biological information is very limited, much less than the extensive historical dataset collected over the last 130 years in South Georgia. Our study now indicates that in those areas, it is still possible to obtain meaningful information about the spatial pattern of seafloor communities by mapping out the broad-scale physical habitats. To do that, we are developing a series of optimal and objective habitat mapping methods here at the NOC."