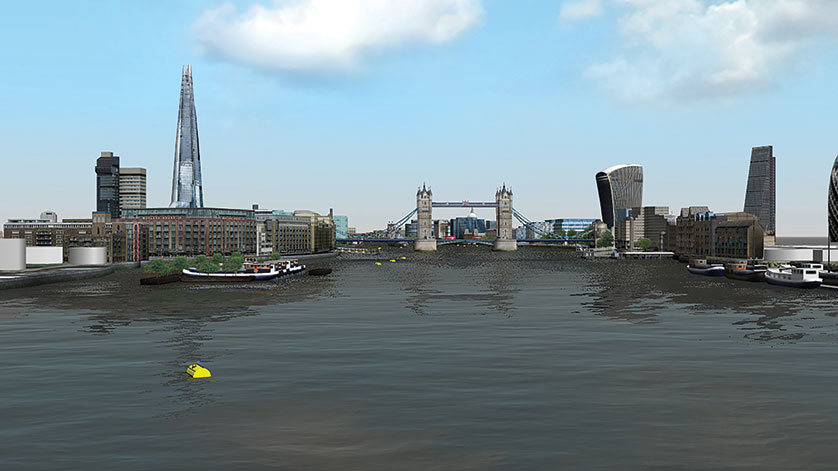 Creating a tunnel 25 kilometres in length, and running up to 65 metres beneath the River Thames, will generate immense volumes of spoil, right in the heart of London. To minimise the impact of transporting this on the capital’s roads, Tideway plans to transport around 4 million tonnes of this material by river.

HR Wallingford is assessing Tideway’s fleet of vessel masters at its UK Ship Simulation Centre to ensure they meet Tideway’s health and safety standards, using a specially-created virtual reality simulation of the route the boats will take.

The £4.2 billion Thames Tideway Tunnel project is required to bring London’s sewers into the 21st century, and to stop tens of millions of tonnes of untreated sewage flowing into the Thames each year. The ‘super sewer’ is a tunnel running under the Thames that will intercept, store and transfer the sewage overflow for treatment. The tunnel starts in West London and follows the route of the River Thames to Limehouse, before heading north-east to Abbey Mills Pumping Station near Stratford. At Abbey Mills the Thames Tideway Tunnel will connect to the Lee Tunnel, which will transfer the intercepted sewage for treatment at Beckton, East London.

Transporting the millions of tonnes of spoil by river will treble freight river traffic, and create up to 200 maritime jobs, including barge hands and vessel operators. HR Wallingford has developed a four-day course with the Tideway team, designed to ensure vessel masters are given the opportunity to demonstrate that they are fully prepared, and are aware of the health and safety requirements to work on the Tideway Project.

The course uses a virtual reality simulation of the tidal River Thames, developed at HR Wallingford’s UK Ship Simulation Centre in Oxfordshire. This Thames simulation is the most detailed visualisation HR Wallingford has developed to date, covering the tidal River Thames from Putney Bridge in the west to Margaretness in the east, complete with accurate visual scenes, tides, flows, other river traffic, and changeable weather conditions.

“We know how important visual cues can be” says Dr Mark McBride, HR Wallingford’s Ships Group Manager “ so we put a lot of effort into creating a visually rich environment for the simulation. All the vessels masters have a local knowledge endorsement and a detailed knowledge of the river which allows them to use some relatively small features along the river as prompts and markers, so we have included detail such as lions heads on the river embankments, marker posts, and even the details on the undersides of the bridges.”

In order to make the navigation experience a realistic one, HR Wallingford’s hydrodynamic model uses data from tide gauges and flow measurements along the Thames to simulate realistic flow and tide conditions on the river, and its Naval Architects have developed a suite of realistic ship manoeuvring models for the vessels used in the simulation. As well as being assessed during normal operations, the vessel masters also have to demonstrate how they would respond in unexpected scenarios, examining credible emergency situations in a safe, risk free environment.

Watch an extract of the River Thames simulation created for Tideway:

Andy Mitchell, Tideway CEO, who visited HR Wallingford to try out the simulator, said: “I can see that this could become a new standard for regular competency re-evaluation for the Thames rather like that required of airline pilots. It was truly ground breaking stuff, and I just have to thank the team who have been behind this over the past couple of years—this is exactly what we mean when we talk about being transformational.” 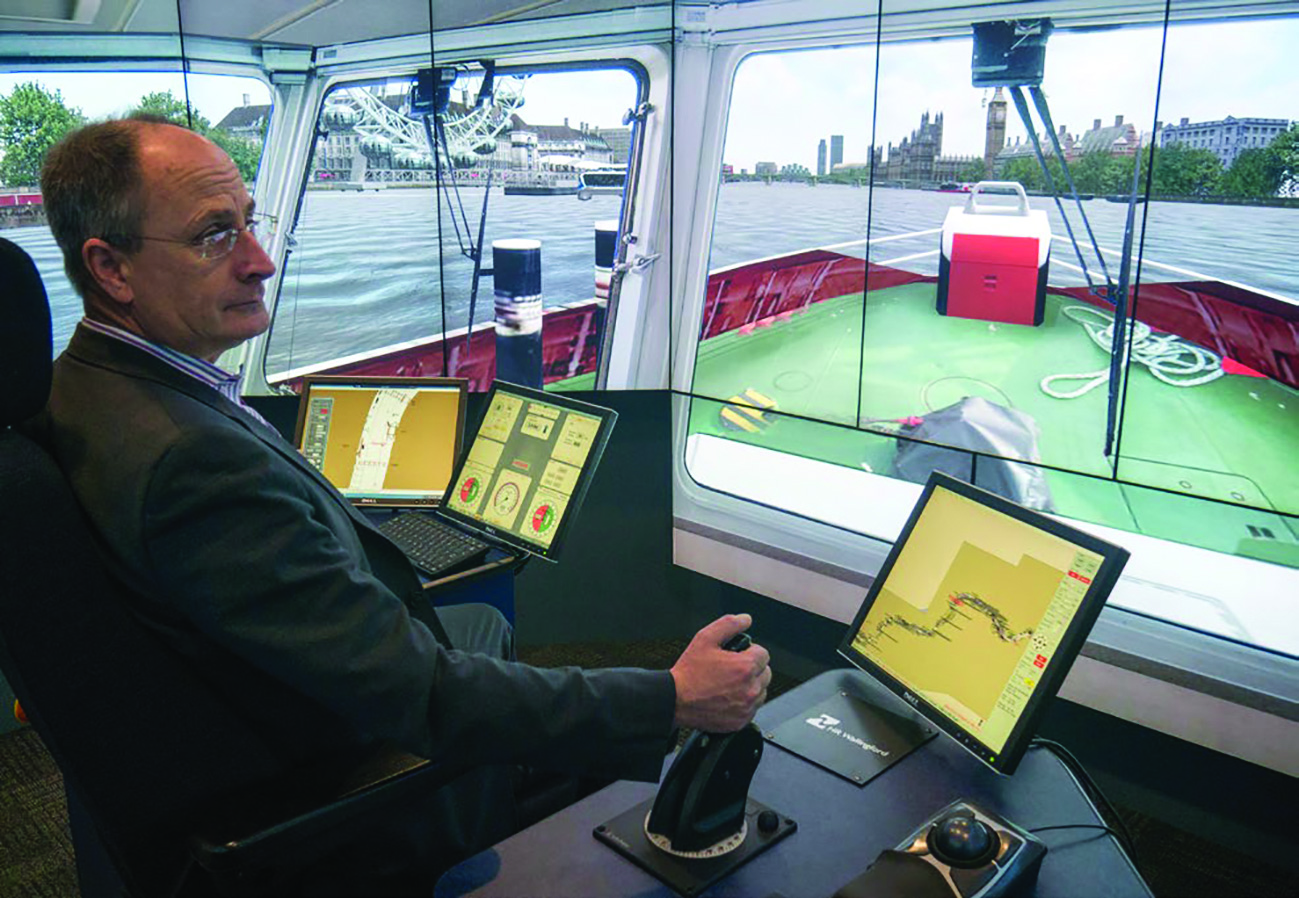 Andy Mitchell, CEO of Tideway, at the helm of a tug in the Thames simulation

This detailed River Thames simulation has also been made available for other groups to use, such as the Thames Skills Academy, with funding from the Trinity House Maritime Charity. They use it to provide River Awareness courses to river practitioners who are not connected with the Tideway Project.

Sonar Demonstrations Show the Way Ahead

Almarin Navigation Buoys Installed in a

Damen and VSTEP to Establish Simulation