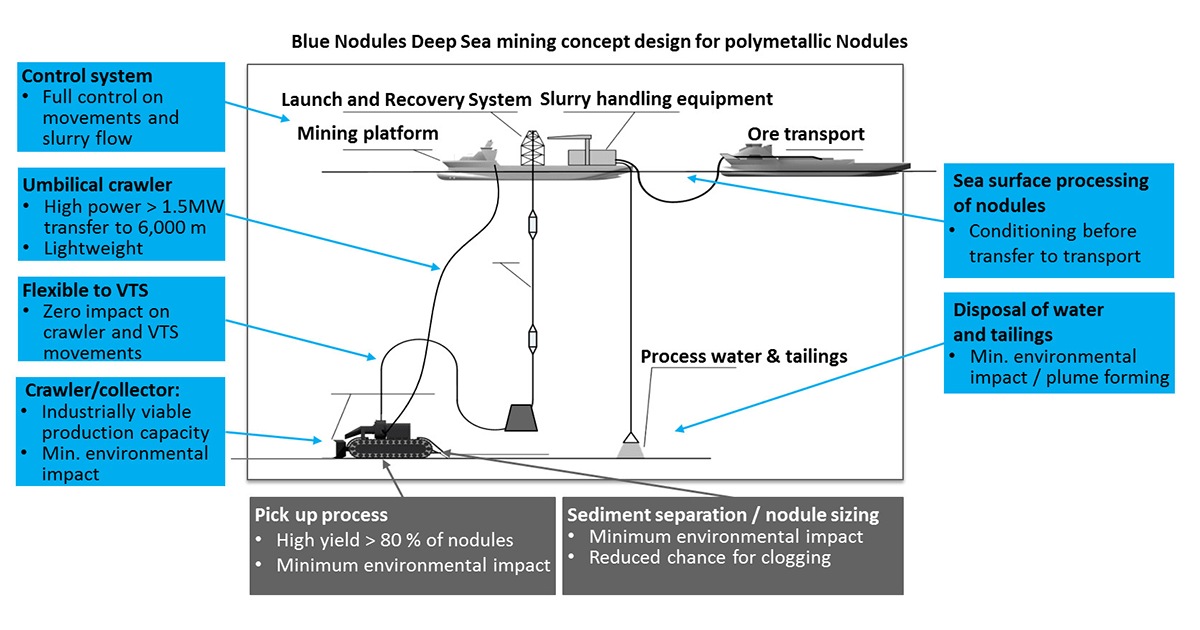 The BBC reports that Laurens de Jonge, the coordinator for Blue Nodules, says that we will need raw materials from the ocean floor in order to manufacture technology in support of a renewable economy. 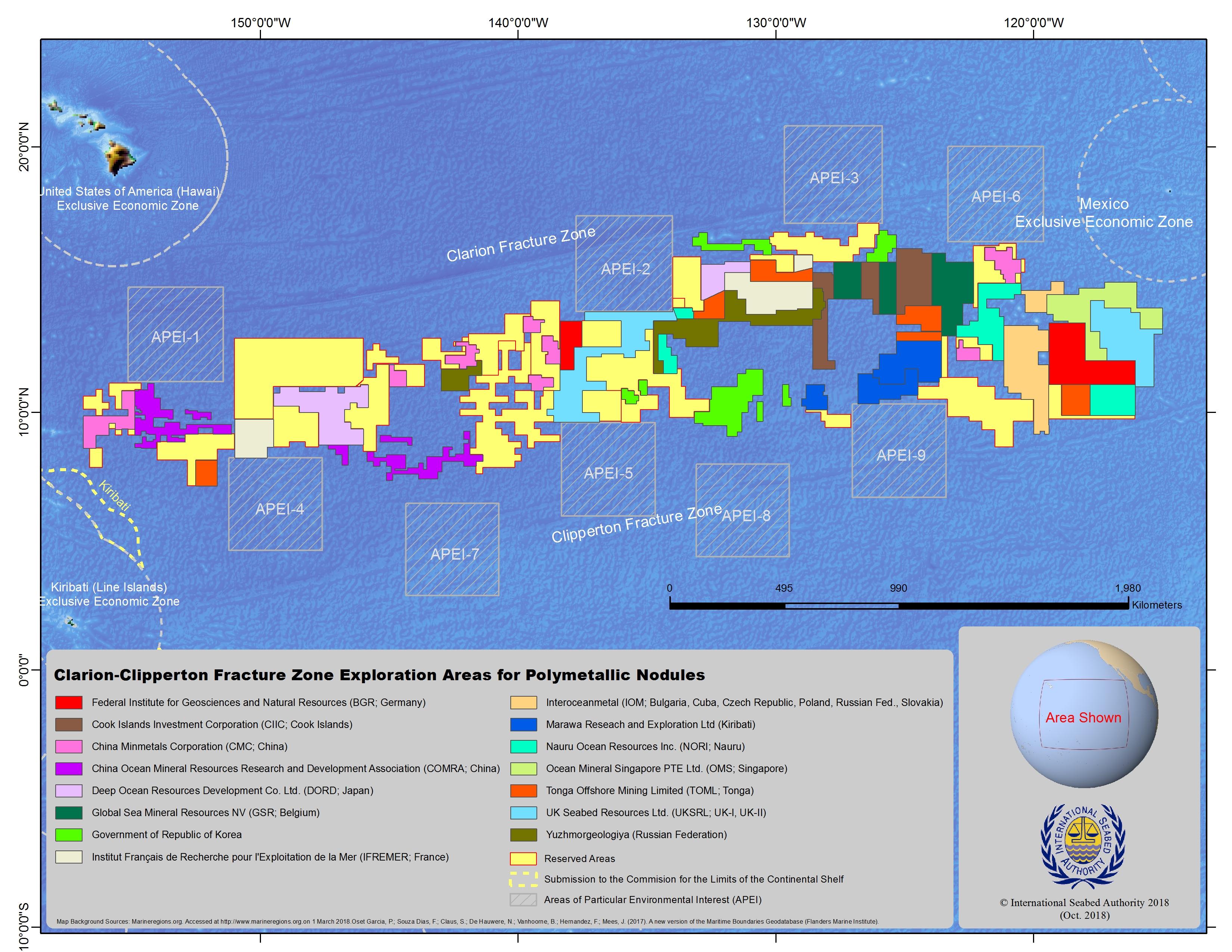 Map of the Clarion Clipperton Zone showing contractors authorized by the International Seabed Authority (ISA). Map courtesy of the ISA

According to Blue Nodules, minerals such as nickel, cobalt, and manganese are essential “in the buildings we live in, the cars we drive, the mobile phones we use, in batteries and flatscreens, and so on. Furthermore, the shift towards renewable, low-carbon energy infrastructure puts even more pressure on mineral supplies, as solar panels, wind turbines and batteries require significantly more minerals per kilowatt produced than conventional energy sources.” 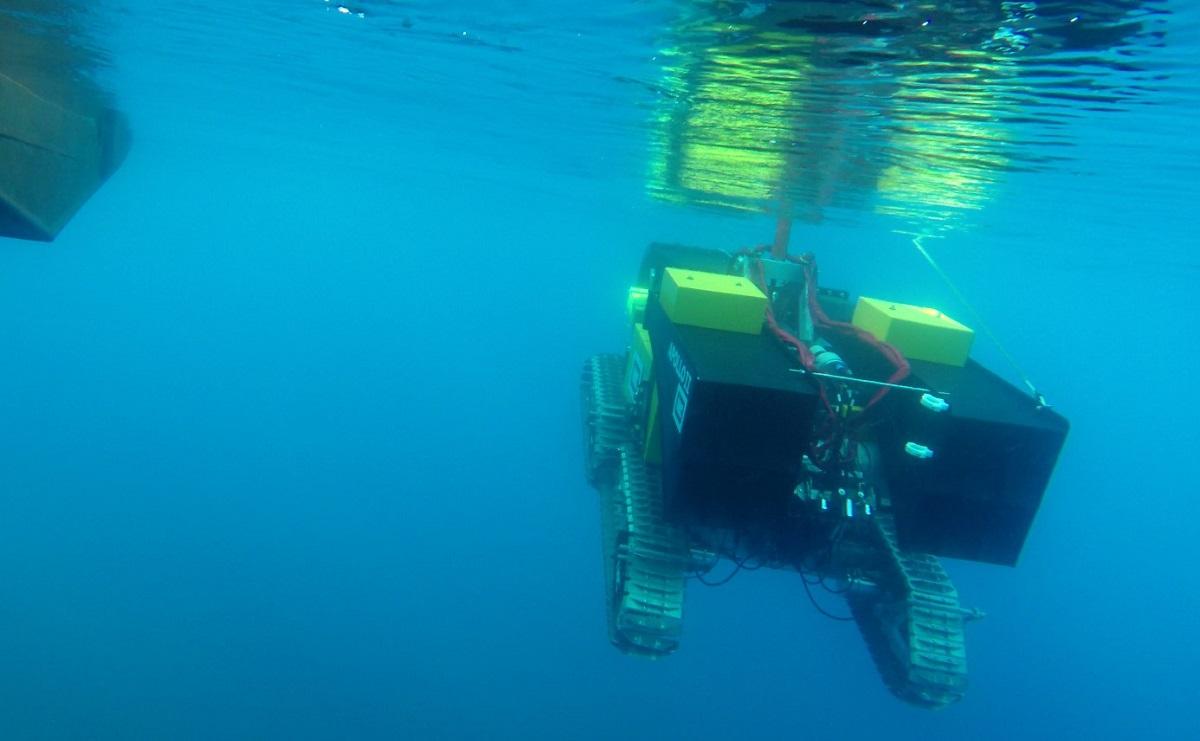 However, their business case states that deep sea mining could open up new sources for the metals direly needed for the shift to a renewable economy. Such resources are particularly concentrated in the Pacific Ocean’s Clarion Clipperton Zone (CCZ), where trillions of potato-sized polymetallic nodules lie on or just beneath the muddy bottom.

“With the Clarion Clipperton Zone holding more nickel, manganese and cobalt than all land-based reserves combined, deep sea mining opens up perspectives for the metals direly needed for the shift to a renewable economy. Nodules hold higher grades than typical terrestrial deposits. Their presence at the seabed surface eases exploration considerably (no need for drilling and/or bottom-penetrating exploration techniques), and allows for recovery without any overburden removal.”

To move this effort forward in a responsible manner, the Blue Nodules project brings together 14 industry and academic partners from 9 countries in Europe to develop a mining system for harvesting polymetallic nodules from the deep-sea floor with minimum environmental impact. 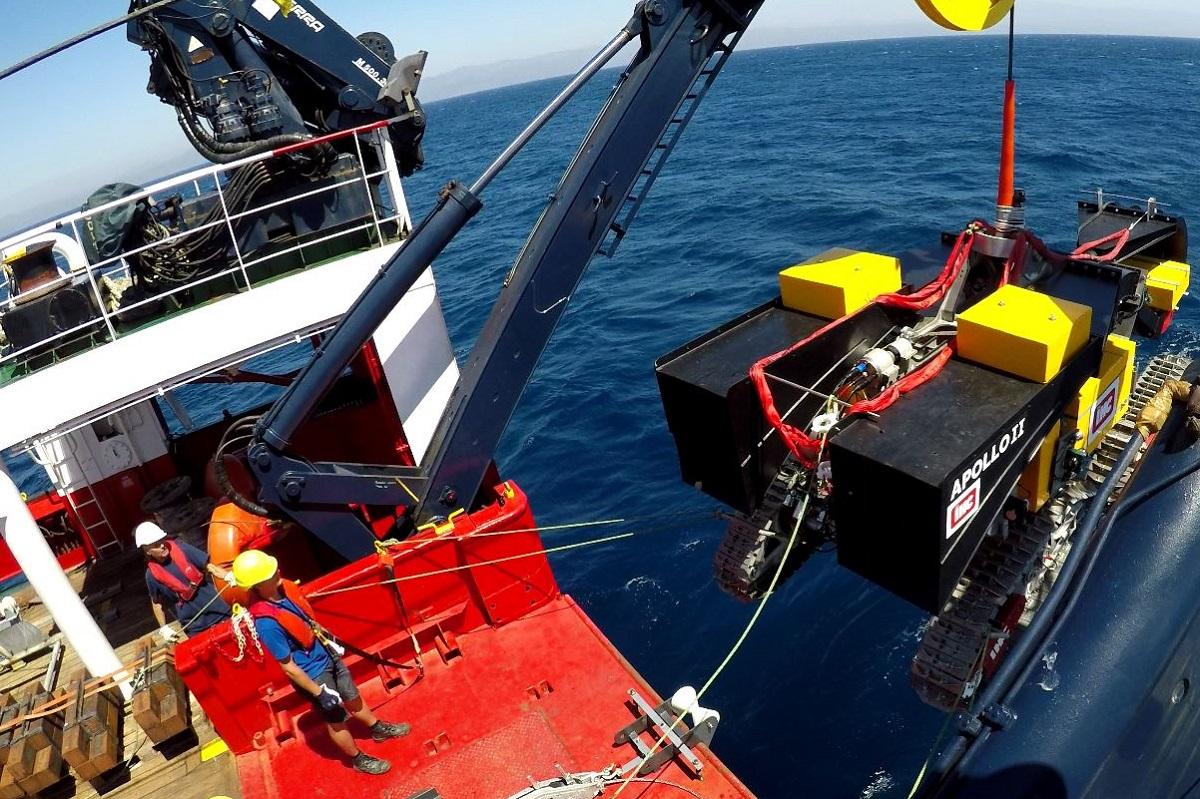 The project aims to develop a new highly-automated and technologically sustainable deep sea mining system for the harvesting of polymetallic nodules from the sea floor. The key objectives of this deep-sea mining system are:

The team has been designing and building a hydraulic collector with these aims in mind. The technical and environmental performance of that collector will be tested during a field test in the North East Atlantic in summer 2021, but testing to assess the impact of extracting rocks from the ocean floor has already begun to result in publicly available data. The project is funded by the EU under the Horizon 2020 program. 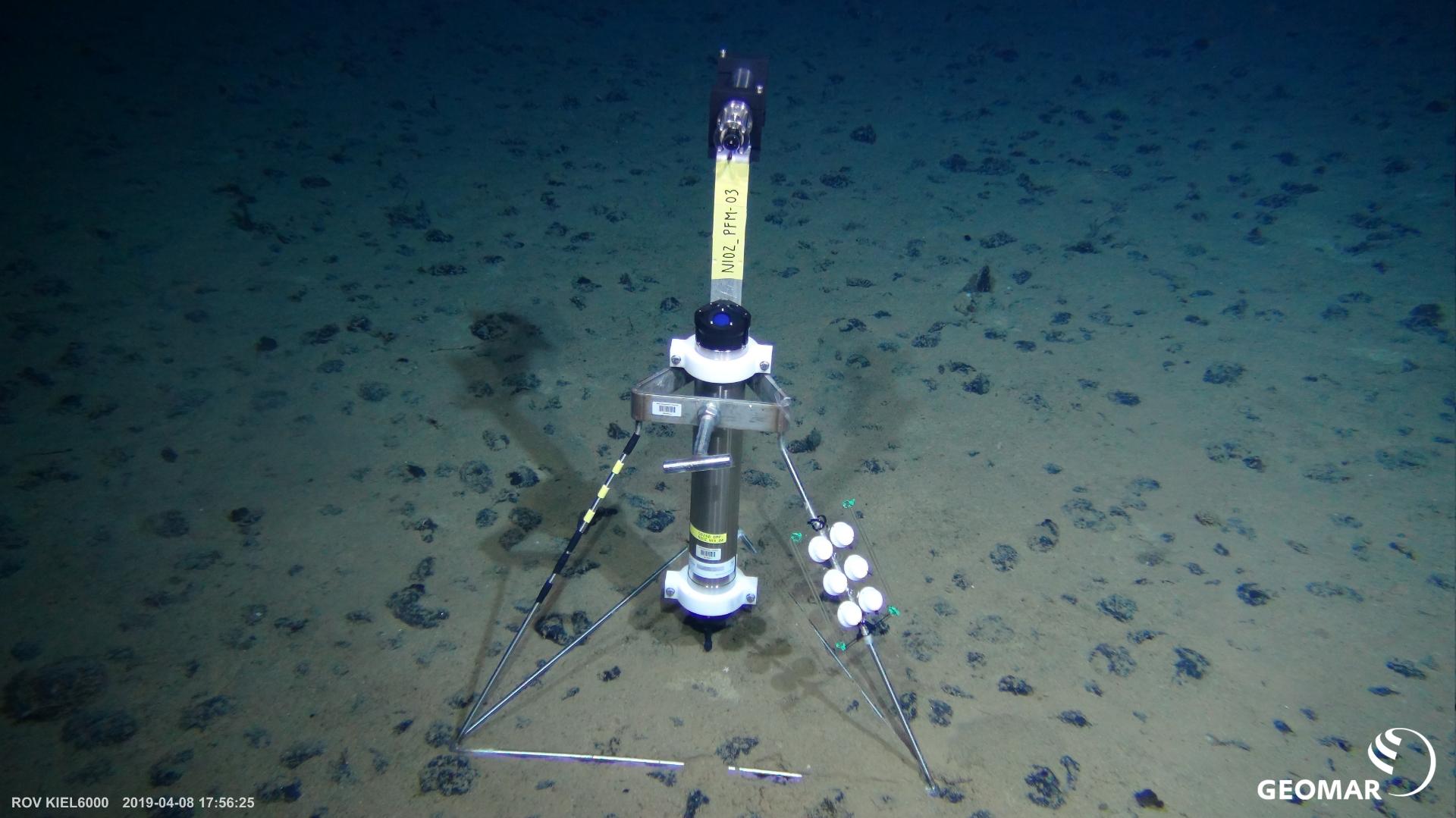 One of the NIOZ sensor platforms deployed at 4100 m depth in the Spring of 2019, in order to investigate the potential environmental impacts of future mining of mineral deposits from the deep sea. The dark rocks near the sensor are polymetallic nodules. The device records bottom water currents and turbidity. The panel with 6 white pads attached to the frame is sampling dissolved trace metals. Photo: ROV Kiel 6000, GEOMAR, courtesy of NIOZ

One funding partner for Blue Nodules is the European Institute of Innovation and Technology’s (EIT) RawMaterials consortium. Its funded themes include Mining in Challenging Environments, which provides opportunities through the development of innovative, smart and efficient technologies, specialist higher education with an added focus on entrepreneurship, and integration of the entire raw material value chain.

The RawMaterials consortium contributed funding to Blue Harvesting project, which commenced its work on 1 April 2019. Under the Blue Harvesting banner, 9 European partners aim to design, build and test a hydraulic nodule collector in a poly-metallic nodule field in the NE Atlantic, while minimizing its environmental impact. This final operational environment test is scheduled for 2021.

Project coordinator Rudy Helmons (TU Delft) says: “The three-year project can be regarded as a success if the full-scale hydraulic nodule collector performs successfully in its operational environment, while setting a new benchmark regarding its environmental performance.” 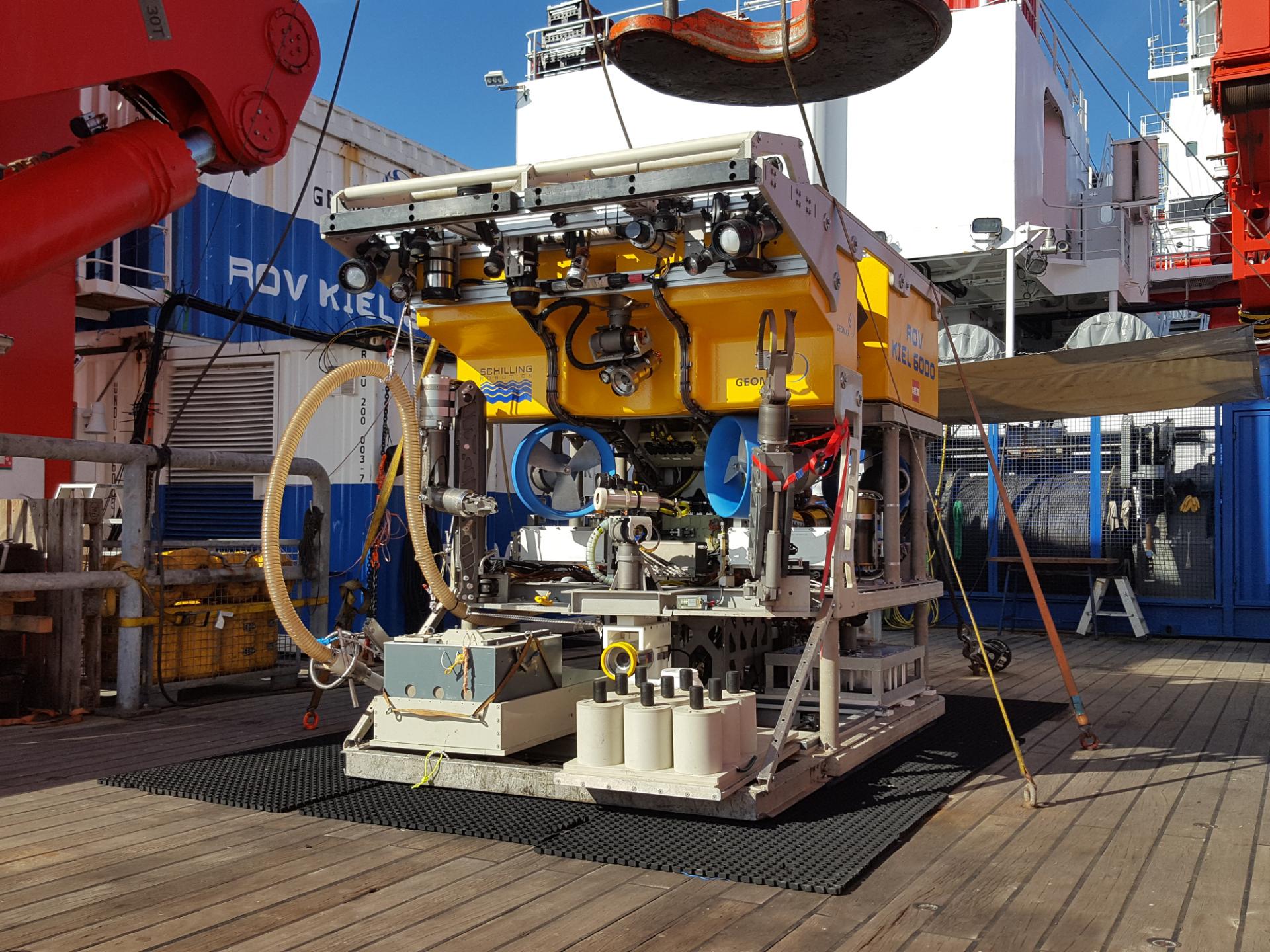 The remotely operated vehicle ROV Kiel 6000 of GEOMAR, workhorse of the MiningImpact2 expedition. It was used among others for deploying and recovering NIOZ sensor platforms and artificial nodule frames. Photo: Henko de Stigter, courtesy of NIOZ

Within this project, most effort will be spent on reducing the plume generation and dispersion caused by the hydraulic nodule collector. Preliminary results “evaluating the design of the hydraulic collector, separator and sediment discharge diffuser with an aim to minimize its environmental impact, while maintaining an economically viable productive rate” were published in September 2019 on Research Gate.

Researches say that the starting point for reducing the sediment plume is to reduce the amount of process water needed and to optimize the conditions under which the sediment is released from the hydraulic nodule collector. Dredging and mining specialists will contribute to design a novel collector and separation system to reduce the water intake and the sediment dispersion.

The new design of the hydraulic nodule collector will be tested in scaled laboratory tests, full scale laboratory tests, harbor trials before final testing in a poly-metallic nodule field the deep sea in the NE Atlantic. In the deep-sea tests, extensive tests will be done to determine the environmental conditions prior to testing the collector, while testing the collector and how the test site and its vicinity is affected by the hydraulic collector. 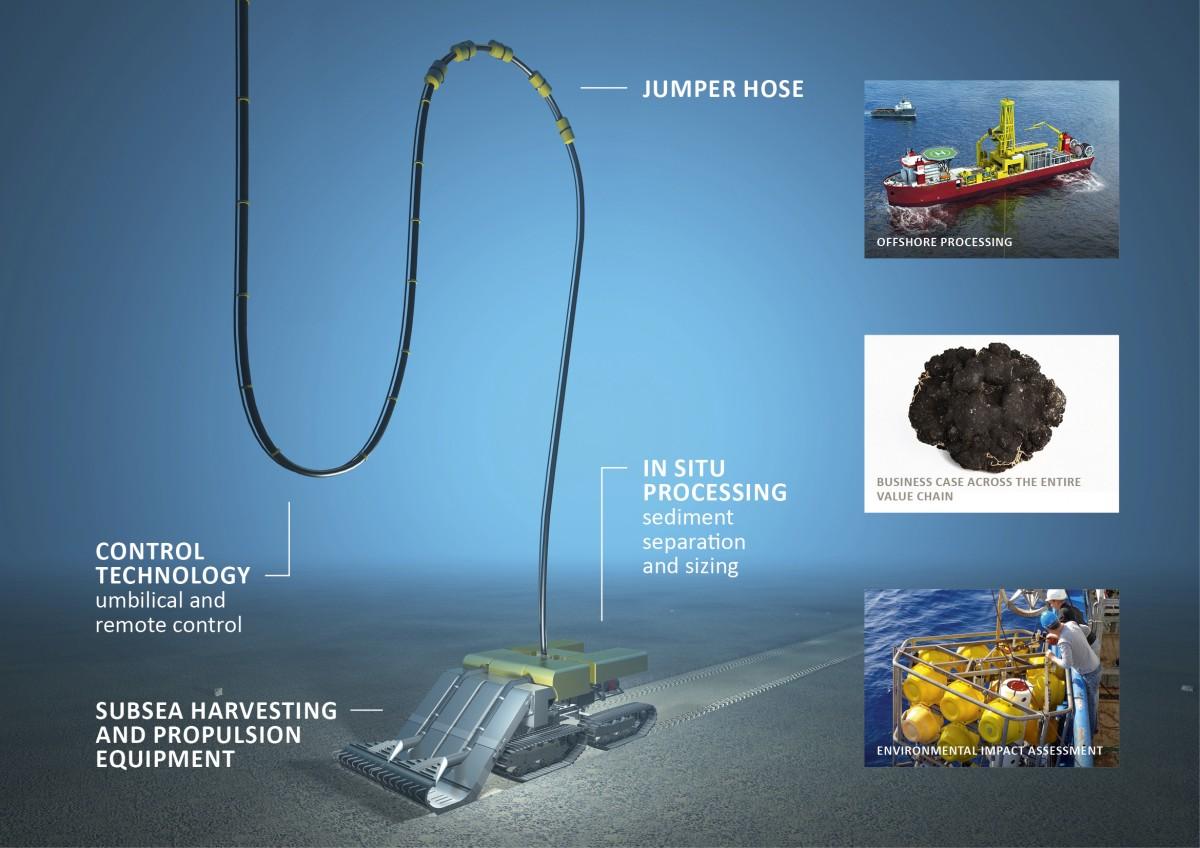