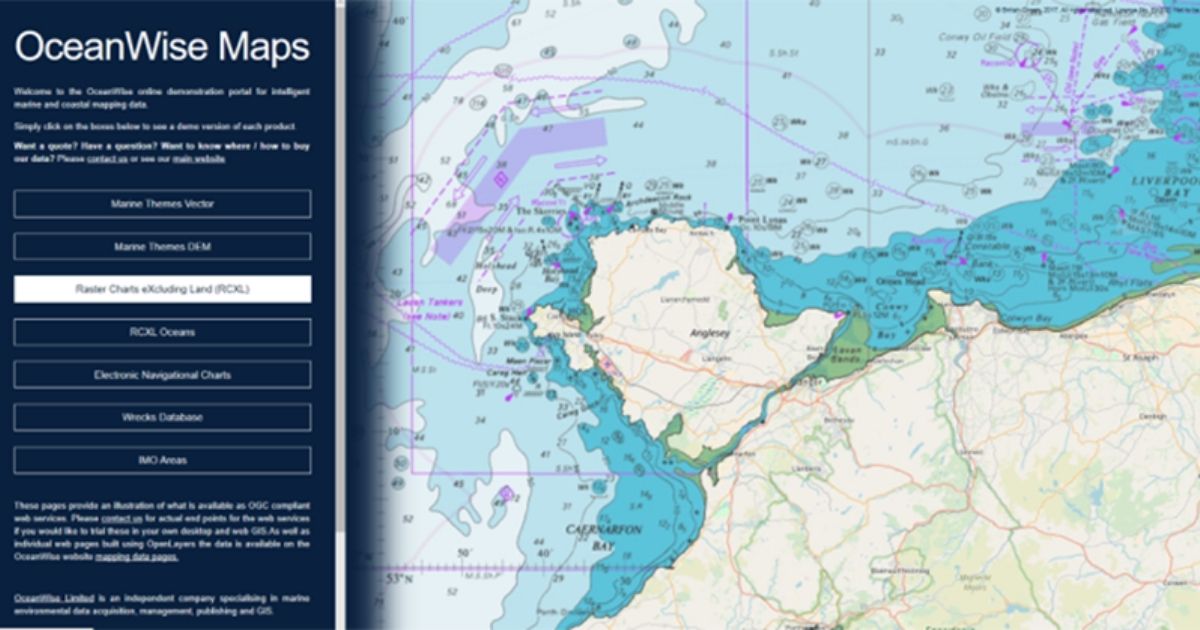 RCXL Oceans is a new fast service which is widely accessible using most GIS software. It is perfect for those practitioners and decision makers looking to add a familiar authoritative mapping source to their business proposals, GIS projects and Web Mapping Applications.

OceanWise Operations Manager Caroline Levey commented “we are really proud to be launching this extension to our mapping range and firmly believe that Raster Charts XL Oceans it is the most convenient and cost-effective way to access global Nautical Charts in Desktop and web GIS environments”.

With the land mask removed from all Nautical Charts, RCXL Oceans is ready to be paired with the user- preferred land mapping dataset (for example; Google Maps, OpenStreetMap, Bing, etc.). 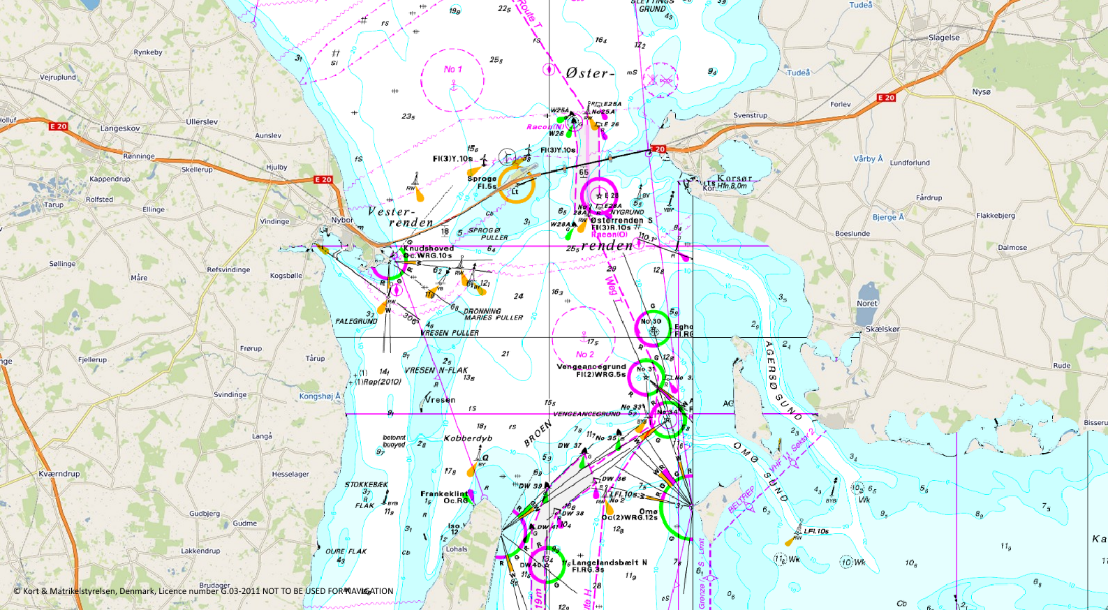 Ever since the first paper nautical chart was scanned and georeferenced over three decades ago, the geographic information community has struggled to use them efficiently within GIS software and map making solutions. This is primarily due to the chart being designed for use as a finished map in isolation. It contains, as part of the output, printed metadata such as source data diagrams, compass roses, notices to mariners and tidal diamond tables to name but a few. These are usually drawn near the margins or over areas of lesser navigational interest, often overwriting the land features! When Raster charts are loaded in a GIS, these superfluous items often conflict with other data layers producing a cluttered and undesirable visual result.

Secondly, charts are not produced to a consistent set of scales or bounded to a strict grid or tile set. Instead they are drawn to a set of defined scale-related ‘usage bands’ which dictate when they should be used on-board a ship, dependent on whether it is at the berthing, pilotage or passage making stages of a sea-going journey. The result is charts that overlap and depict different information to the user based on the related usage band; often with multiple depictions of a single real-world feature. In short, it’s not been easy to use a set of raster charts together in a GIS! OceanWise’ Raster Charts XL product solves this issue!

Mark Jonas, Technical Director at OceanWise commented “With Raster Charts XL we are no longer bound by the limitations we once had when working with raster charts. As well as removing land features, there is potential to remove other features that are not required within the marine component of the chart such as the compass rose which is of little use within a GIS. We can also remove the simple three-tone depth shading allowing depth soundings and other marine features to remain alongside a bathymetry surface of the users’ choice. With these tools we can ensure that the raster chart remains a powerful data source and continues to have a place in the future of marine GIS data”.

Since launching Raster Charts XL, OceanWise has been gradually extending coverage as new areas become available. This latest development comes “as part of an ongoing dedication to improving and innovating digital marine mapping so that we can better support those who work in coastal and maritime industries”.

To try it out, please access a demo version of RCXL Oceans and other OceanWise mapping products here.

To purchase, if you are a commercial customer please contact one of the Licensed Partners (including; FIND Maps, Emapsite, Europa Technologies and Digimap Jersey/Guernsey etc.) here.