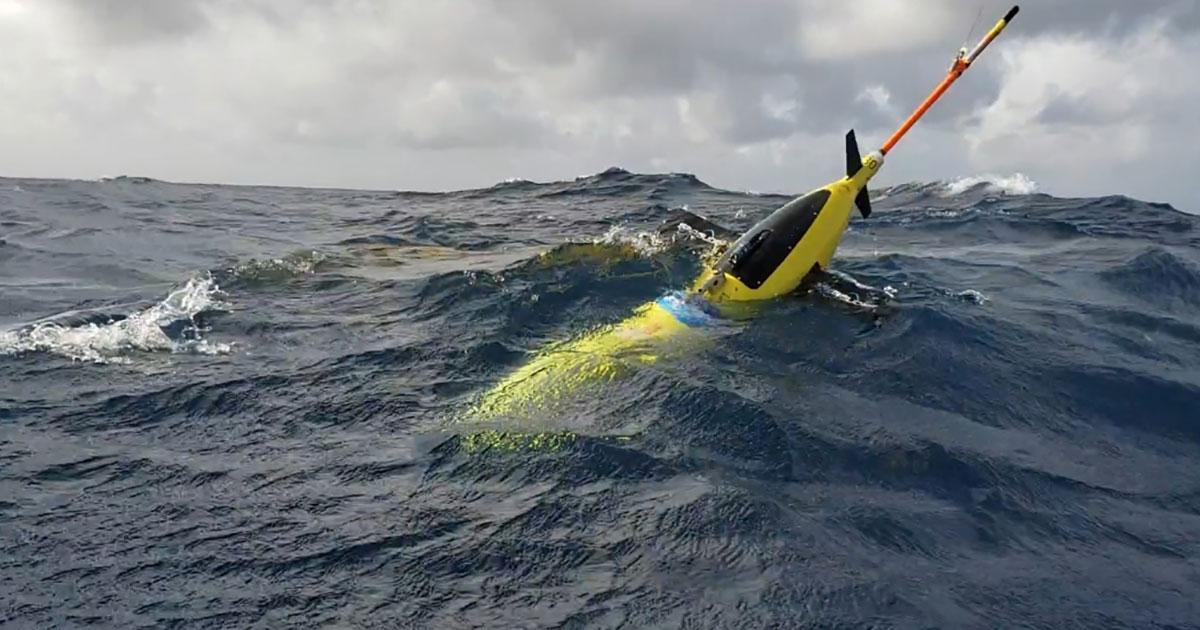 Four ocean gliders set off to sea last week to bring back data scientists hope will improve the accuracy of hurricane forecast models.

The robotic, unmanned gliders are equipped with sensors to measure the salt content (salinity) and temperature as they move through the ocean at different depths. The gliders, which can operate in hurricane conditions, collect data during dives down to a half mile below the sea surface, and transmit the data to satellites when they surface.

NOAA scientists are launching the underwater vehicles from ships off the coast of Puerto Rico; more gliders will be deployed later in the summer in other parts of the Atlantic. 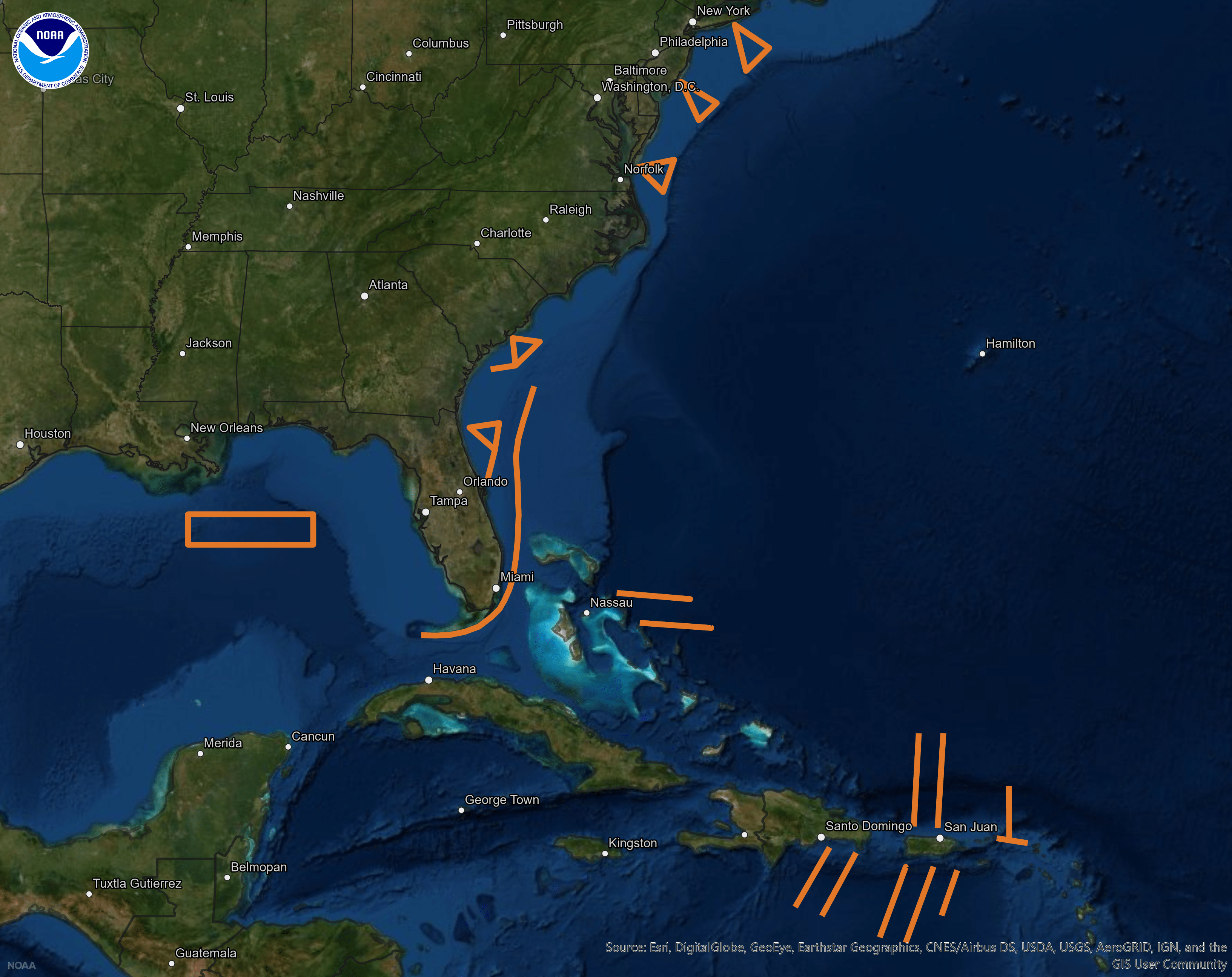 Glide plan: Orange lines show the proposed paths for the unmanned gliders to travel this summer, where they will record temperature and salinity data from the surface to a half mile below. Once launched, gliders will make regular dives along a set course and surface several times a day to send collected data to an available satellite. Warm water has the potential to strengthen storms while cool waters may weaken them, so knowing if a storm will pass over only warm water or areas where cold water may be stirred up from below helps scientists and forecasters predict whether a storm will intensify or weaken as it travels. (NOAA)

When it comes to hurricanes, ocean conditions matter

Water temperature and salinity provide important clues to how strong a hurricane can become. Warmer surface waters can lead to stronger hurricanes, and salt content can affect the temperature of the ocean surface.

“If the surface of the ocean is much warmer and much less salty than the deeper layers, it will form a cap that prevents the mixing and upwelling of cool water from below,” said Gustavo Goni, an oceanographer at NOAA’s Atlantic Oceanographic and Meteorological Laboratory who is helping lead this year's glider operations.

Improving forecasts of hurricane intensity is vital. Coastal communities make decisions about whether to evacuate based in part on the predicted strength of an approaching hurricane. Data collected by gliders will help scientists figure out where models are getting hurricane forecasts right, and where the models could use a boost.

“Representing the ocean accurately in forecast models is critical,” said LCDR Benjamin LaCour, glider program manager for NOAA's Integrated Ocean Observing System. “The gliders help us do that because they’re giving us high-volume, information-rich data in areas that are challenging for the models to get right.”

Glider use at NOAA

NOAA scientists have been deploying gliders to monitor ocean conditions each hurricane season since 2014. The agency has worked with partners including the U.S. Navy, Rutgers University, University of Miami, and University of Puerto Rico-Mayaguez to launch the underwater vehicles in areas that frequently experience hurricanes.

See where they are now

See them in action