Ocean Cleanup System Returns to Port After a Section Detaches 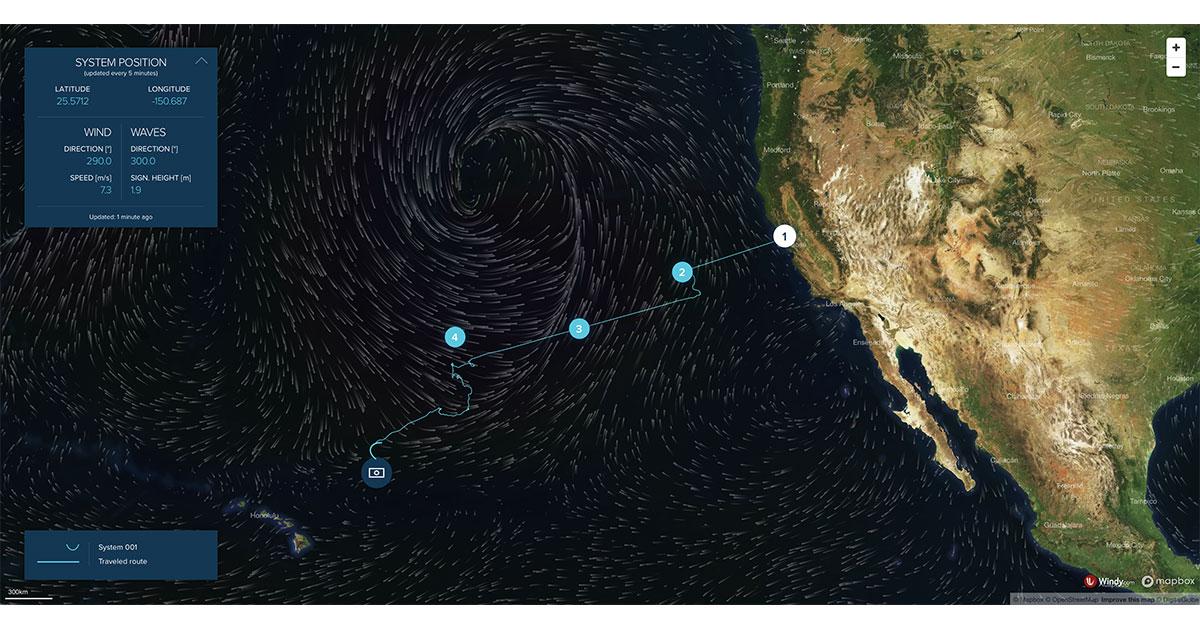 The first real test of The Ocean Cleanup’s passive drifting system for ridding the world’s oceans of plastic has officially come to a close.

In a statement released on 31 December, founder and CEO Boyan Slat announced that due to a structural malfunctioning of the system, the Ocean Cleanup team decided to return to port earlier than planned.

Slat wrote, “On Saturday, December 29th, during a regular inspection of the cleanup system, our offshore crew discovered that an 18-meter end-section had detached from the rest of the system. Although it is too early to confirm the cause of the malfunction, we hypothesize that material fatigue (caused by about 106 load cycles), combined with a local stress concentration, caused a fracture in the HDPE floater.”

The Dutch non-profit organization launched its much-anticipated ocean cleanup system from the San Francisco Bay on 8 September 2018. System 001, which the team called Wilson, consists of a 600-meter-long (2000 ft) U-shaped floating barrier with a three-meter (10 ft) skirt attached below. The system is designed to be propelled by wind and waves, allowing it to passively catch and concentrate plastic debris in front of it. Due to its shape, the debris it encountered during the trial was funneled to the center of the system. However, the system failed to retain the plastic it had captured.

While the malfunction is a setback for the project, Slat added, “It’s important to note that both the 580-meter main section and the 18-meter end section are both completely stable; all bulkheads are intact, and the end section has two stabilizers affixed to it, so rollover is not possible Also, because no material was lost, there have been no safety risks for the crew, environment or passing marine traffic. However, as the redundancy in the cleanup system’s sensors and satellite communication (which are mounted on both end sections) has now been compromised, we concluded it is sensible to return to port.”

An ECO Magazine article published in 2015 included technical criticisms of the planned system, including concerns that it would break up when exposed to ocean currents.