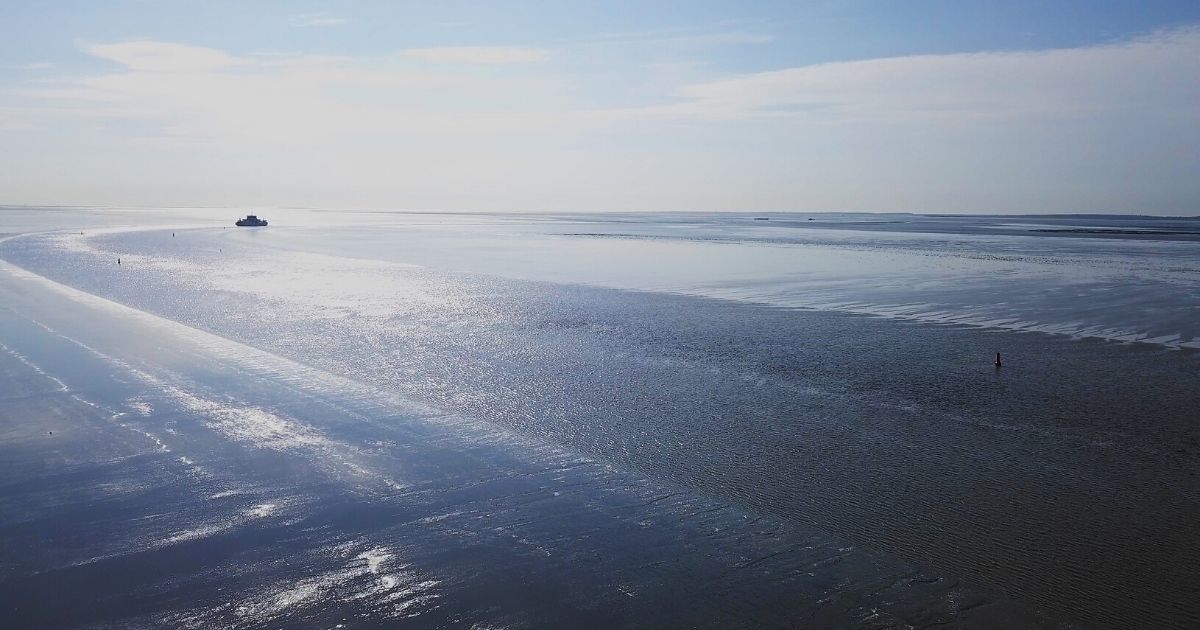 Maintaining the narrow navigational channels through the shallow tidal flats of the Wadden Sea in the Netherlands is a constant battle, due to the high rate of sediment deposition. Nortek’s Signature VM instrumentation has proved to be a valuable weapon in this fight, providing vital information on particle density and current flows through the water layers.

The Dutch jokingly say that God created Earth, but the Dutch created the Netherlands, given the extensive measures taken through the centuries to reclaim and protect the country’s low-lying land from the sea, largely through the construction of dikes. However, this activity does not come without side effects.

The construction of the Afsluitdijk, a 32 km dike through the IJsselmeer and Wadden Sea, has resulted in a major morphological shift in the Dutch section of the Wadden Sea, one of the world’s largest tidal flats systems, which stretches from the Netherlands to Denmark.

Off the northern Dutch coast, the sea bottom is rising and the maritime navigation channels for ferries are rapidly clogging up with sediments. The navigation channel for the ferry crossing between Holwerd and the island of Ameland has to be dredged around the clock to keep it accessible. Near the village of Holwerd, sedimentation rates of up to 6 m a year are frequently reached. Total dredging volumes exceeded 1.5 million m³ in 2018.

WaterProof Marine Consultancy & Services was asked by the Dutch Ministry of Public Works to monitor and assess the possible impact of dredging a shortcut in the meandering navigation channel. Due to its constant erosion and sedimentation process, the route to Ameland is becoming longer, costing time, fuel and extra CO2 emissions. Dredging the shortcut of the ferry channel would change the hydromorphological conditions and therefore needed to be monitored to assess the efficiency of the measure and any long-term impact in the area. 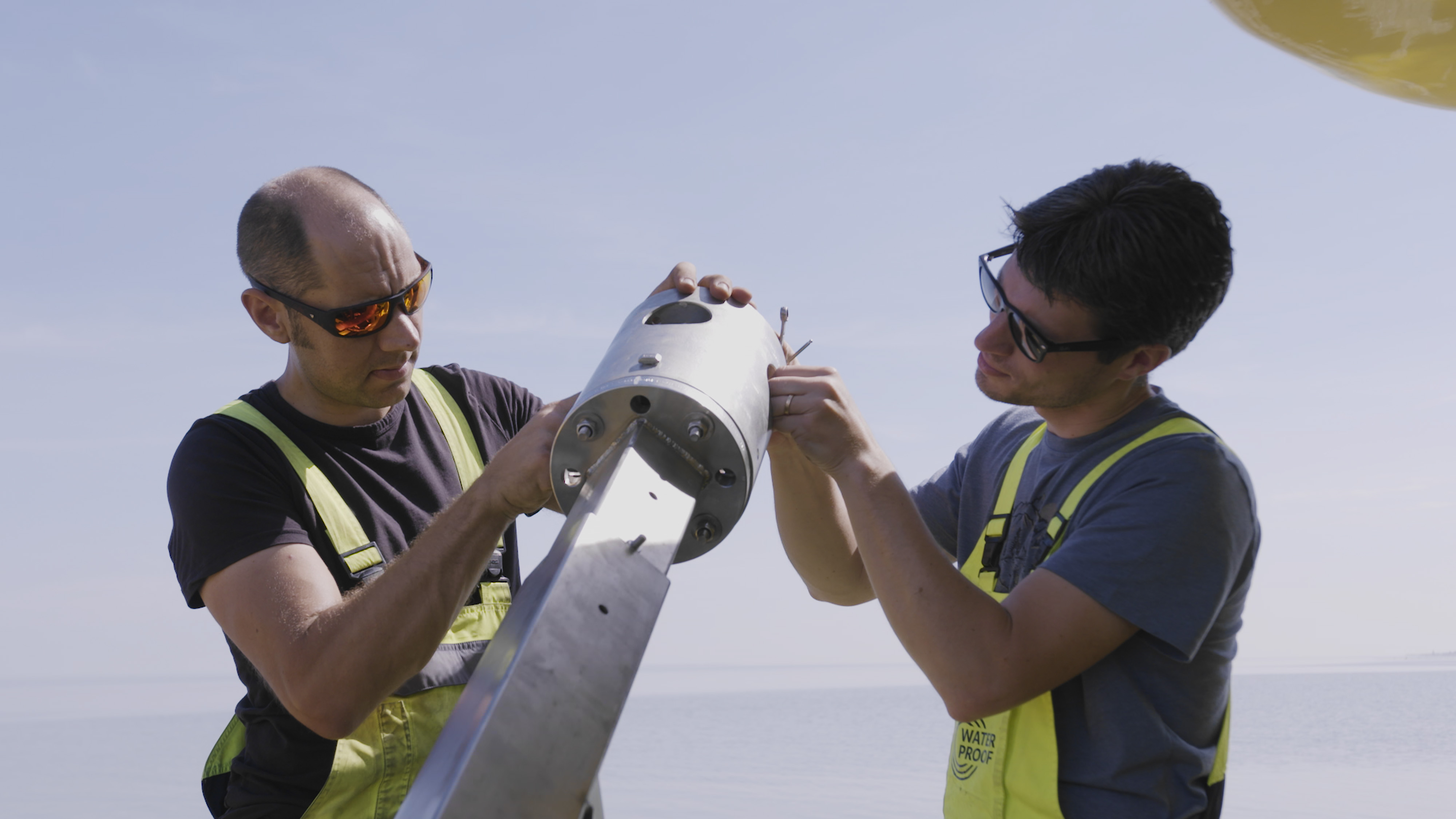 The easy-to-use vessel-mounted Signature VM played a significant role in determining the spatial distribution of velocities, sediment concentrations and tidal prisms across the navigation channels

As part of its analyses, WaterProof needed to measure existing sedimentation levels and water currents in and around the channels. The specialized consultancy firm selected Nortek’s Signature acoustic Doppler current profilers (ADCPs) to do the job, including the vessel-mounted Signature VM.

Data gathered by the Signature VM provided accurate insight into the flow velocities over the water column at the channel transects and also showed the continuously depth-varying sediment concentrations in the water over the tidal cycle. This knowledge aids understanding of the morphological system and gives direction in the efficiency of future mitigation measures to keep the navigation channel open. 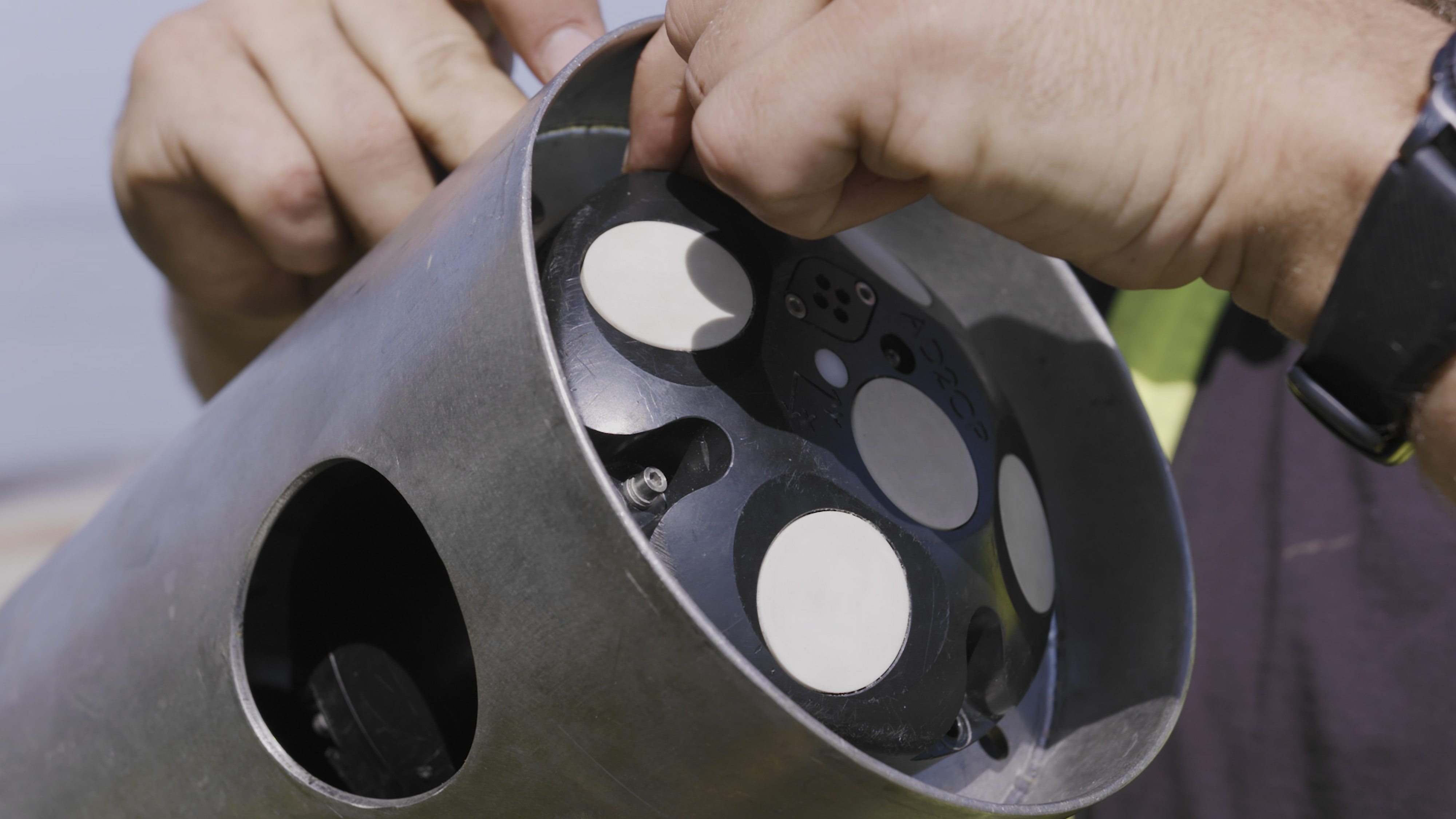 WaterProof’s Luitze Perk reports: “Nortek advised us on suitable equipment for our extensive field campaign and delivered the right acoustic instrumentation for the job. Our bottom frames were equipped with Signature ADCP instrumentation to gain information about water flow, water level and (in combination with an optical sensor) suspended sediment concentrations over a two-month period.”

WaterProof took measurements using stationary Nortek Signature1000 ADCPs, as well as the easy-to-use vessel-mounted Signature VM, which played a significant role in determining the spatial distribution of velocities, sediment concentrations and tidal prisms (the volume of water moved between low and high tide) across the navigation channels.

“The vertical beam of this vessel-mounted system provides us with a high-resolution echograph, encompassing the entire water column from the water surface to the bottom of the sea, where the highest concentration of sediments can be expected,” he adds. 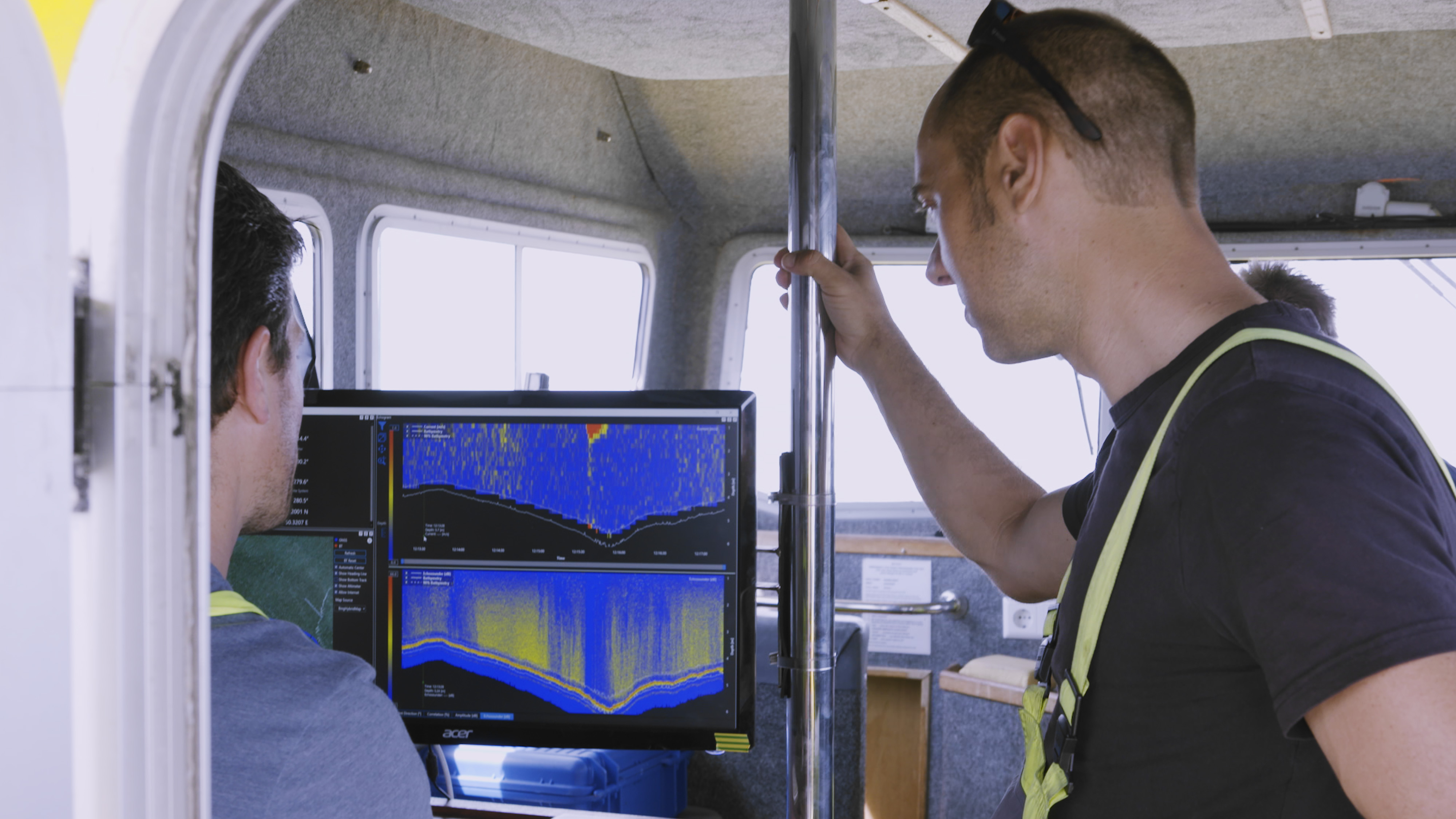 Data gathered by the Signature VM provided accurate insight into the flow velocities over the water column at the ferry channels near Ameland in the Netherlands.

"We’re pleased how Nortek supported us throughout the campaign, making it possible to gather extensive and useful data,” Perk says.

The results of these field and lab studies enable WaterProof to provide well-founded advice to the authorities on possible measures to keep the navigation channel towards the island of Ameland open for ferries.