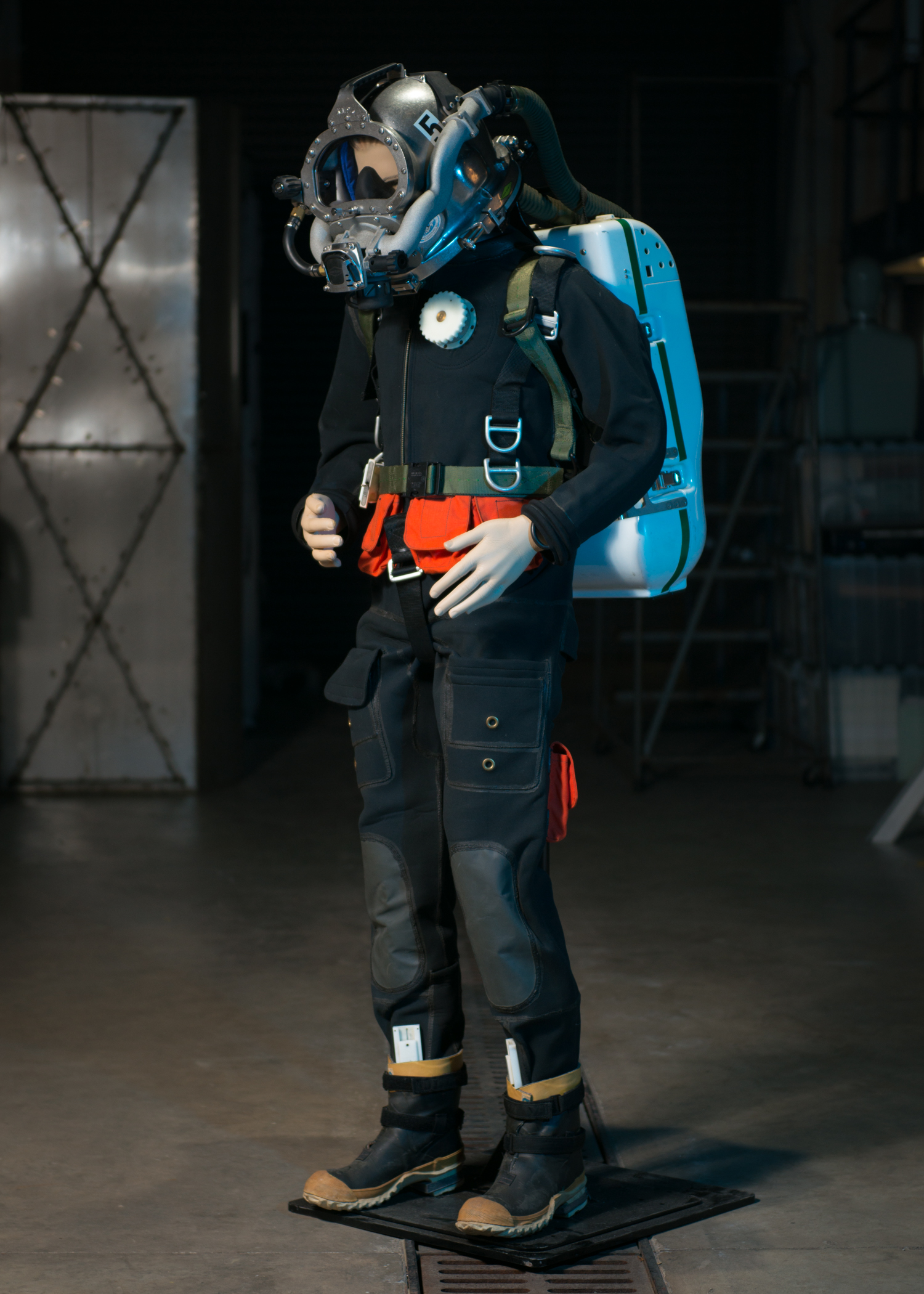 The goal of the new system is to accelerate the deployment of Navy divers, increase safety, and also conserve helium, a valuable natural resource.

Currently, U.S. Navy mobile diving and salvage units meet their requirement for manned diving operations with the Fly-Away Mixed Gas System (FMGS). The FMGS provides breathing gas through an umbilical to a demand regulated, open circuit, diver-worn helmet. In each breathing cycle all inhalation is from surface supplied gas, and all exhalant vents to the sea. In the process a large portion of oxygen and helium are wasted.

"The new system modifies the current helmet and rebreather. Prototype analysis and testing have shown that drastic reduction in helium consumption is possible," said Camperman. "Testing of the new prototype system indicates that the full range of FMGS diving is supportable within Navy life support requirements, and that several life support characteristics are improved, including extended emergency come-home gas duration."

The new life support system is part of the Initial Response Diving (IRD) project. IRD is a Navy innovative science and engineering initiative to support faster recovery of objects in deep waters. The ultimate goal of IRD is to provide military diver intervention to depths of 600 feet anywhere in the world. The goal would put diver's hands on targets for recovery within 36 hours of deployment.

The implications of this project have international and humanitarian significance. The IRD project could support life-saving rescues for survivors trapped in a capsized hull, or subsea infrastructure maintenance. The project could also enhance disabled submarine assessment and escape, or rapidly recover sensitive debris from vessels, aircraft or spacecraft.