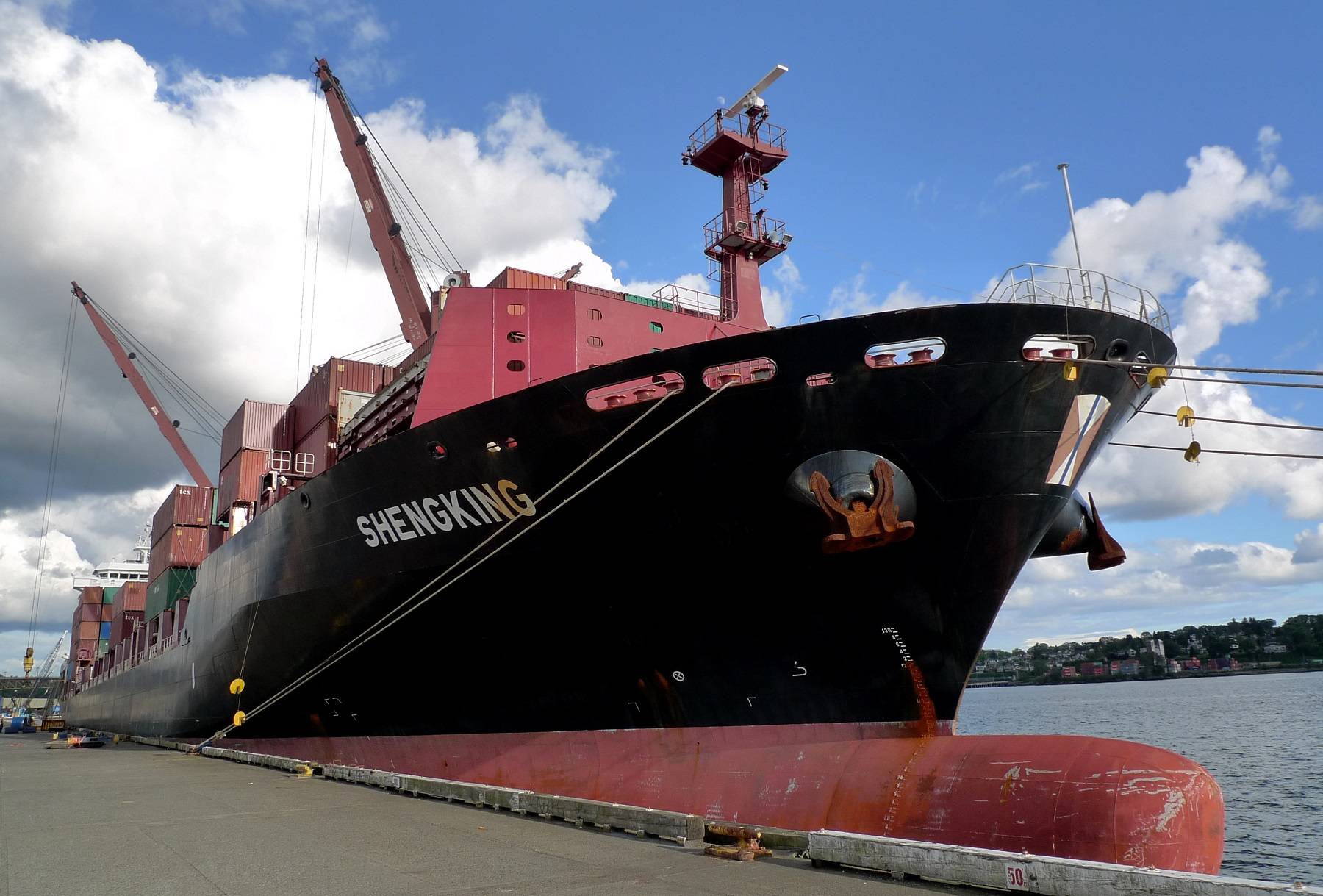 Measuring devices being installed on a cargo ship will provide oceanographers with vital data on the oceans’ ability to slow the build-up of carbon dioxide in the atmosphere as part of a major new collaboration between industry and the National Oceanography Centre (NOC).

The cargo ship belongs to the China Navigation Company (CNCo) who are partly funding this project. Scientists from the NOC, will work with CNCo using its multi-purpose vessel, MV Shengking to record changing patterns in the flow of carbon dioxide between the air and oceanic surface waters. The data will be sent immediately to the scientists via satellite.

Susan Hartman, from the NOC, who is leading the project said, “We were delighted when the China Navigation Company approached us with the offer to again use one of their vessels, MV Shengking. The route across the Pacific will help our research and this information will be made available to international research projects that are already assessing carbon levels elsewhere in the world.”

The oceans play a major role in reducing the rate at which the planet is warmed, by absorbing carbon dioxide from the air. There is also evidence that as the oceans absorb more carbon dioxide they become more acidic – threatening the health of calcareous ecosystems like coral reefs. It is therefore essential to know where and how carbon dioxide is entering and changing the oceans.

Captain Simon Bennett, the General Manager for Sustainability for CNCo said, “We are particularly pleased to be able to resume assisting the oceanographers of NOC in this project. Our staff and crew are keen to be involved in a study of such international relevance. The Swire group recognizes that the world is facing some of the most pressing environmental challenges of our time. We are committed to being part of the solution, and to pursuing the long-term ambition of decarbonizing our business. Our ambition is to reduce our carbon emissions in line with, or ahead of, science-based international carbon reduction goals. We see this project as helping to provide evidence of the benefit to the planet that reduced carbon emissions bring.”

The route of the MV Shengking takes the ship across the Pacific Ocean from Canada to Australia. It will link up with the Institute of Oceanographic Sciences (IOS), Canada and the Commonwealth Scientific and Industrial Research Organization (CSIRO) in Australia for sample analysis and technical support when the ship is in port. A team of people from NOC and Campbell Ocean Data will install the equipment on-board in Vancouver this month. The instruments and electronic systems are designed to be exceptionally sensitive yet require minimum maintenance. They also need to be robust enough to survive life in seawater and extreme temperatures and humidity.

A water circuit will be installed on the ship in parallel to the ship’s cooling water unit. As the water flows through a special tank, carbon dioxide will be measured along with dissolved oxygen, temperature, chlorophyll, turbidity and the salinity of the sampled water. The data are recorded in the engine room along with the ship’s GPS position and atmospheric data collected from instruments on-board. The record is then transmitted to the National Oceanography Centre, where it will be checked and transferred to a live web page and made available to the global scientific community.