In Oceans Deep: New Book Takes Readers Beneath the Waves 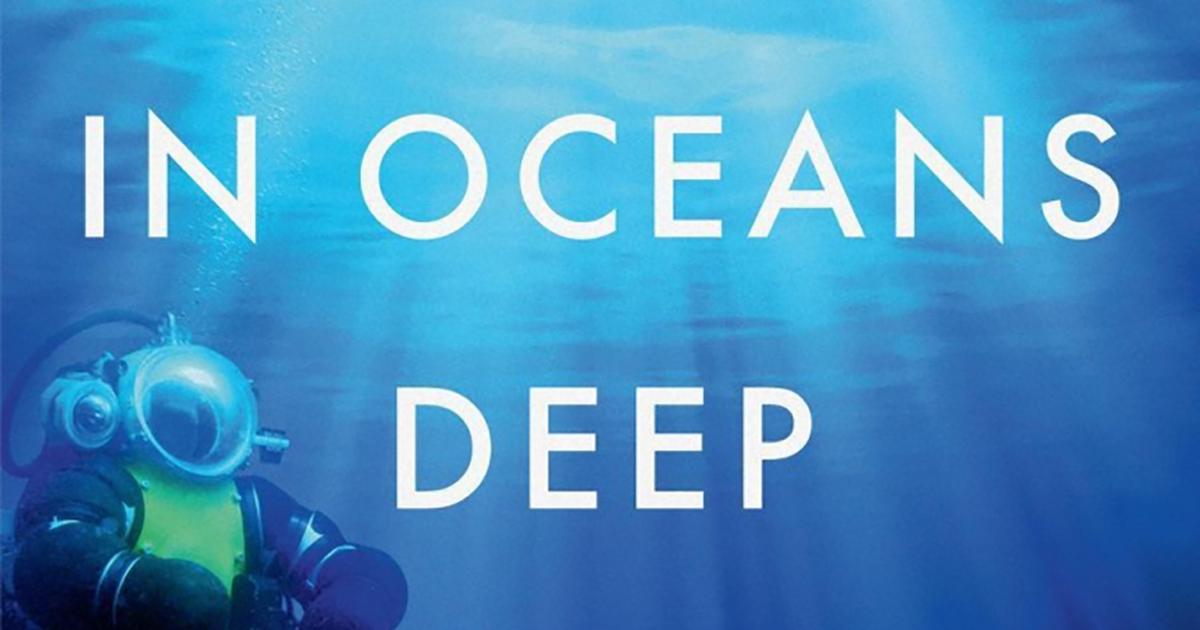 “This book is not a diving manual.”

So begins the disclaimer that kicks off Bill Streever’s latest book, In Oceans Deep: Courage, Innovation and Adventure Beneath the Waves.

There’s a good reason for this disclaimer. From his youth as an oil field diver to his days as a science writer extraordinaire, Streever has ventured under the sea in every way, to almost every depth, and he admits surviving a few close encounters with mortality.

Befitting a book that takes us beneath the waves, Streever’s prose is anything but dry.

For example, in his chapter about Trieste’s astonishing descent to the bottom of the Marianas Trench, Streever does far more than recount facts. His tight, entertaining prose is eminently readable, and it invites us to get to know Don Walsh. It enables the reader to witness the great risk and the greater triumph, while also appreciating the science of depth.

For example, in his chapter about freediving, Streever recounts his own training, while also explaining how he copes with the fact that freediving could kill a human by entering a meditative state, and even composing haiku:

Robert Boyle, explains Streever, discovered the law that “governs the lungs and the air they hold as a free diver submerges, or for that matter, the amount of air in a scuba tank, or the amount of air needed to purge the ballast tanks of a submarine at any particular depth.”

Streever writes, “Somewhere around one hundred feet, your lungs are no longer anything like full. In fact, they are almost as empathy as you can make them by forcefully exhaling on the surface. They have compressed to something approaching residual volume.

“Keep going. You may begin to feel uncomfortable, as if your chest is being squeezed. And, of course, it is. The weight of seawater is pushing in from all sides. But continue downward anyway knowing that you may damage your lungs or your airways. That damage may be nothing more than mild pain and coughed up blood, but it may also be far worse. Never mind. Chase those few extra feet, that personal best depth, or, if you are good and from a relatively small nation, push for that national record. Then experience a full lung squeeze, a lung squeeze bad enough to fill your alveoli, at least some of them, with fluid, with blood.”

Mankind and its Marvelous Machines

Streever recounts the entire history of surviving pressure underwater, from the first dive helmets to saturation diving, from submarines to today’s submersibles. All of the famous examples are there, but also obscure ones, like the riveting tale of teenagers who built their own diving gear from discarded boilers and garden hoses in the 1930s or the trailblazing men who voluntarily breathed experimental gases at pressures sufficient to trigger insanity.

Just shy of 300 pages, with illustrations, Streever explores every aspect of what he calls “humanity’s presence underwater” in “the part of our world that is shrouded by depth.” It’s a must-read for anyone interested in this fascinating topic.

If Streever’s name seems familiar to you, it’s probably because he contributes to ON&T and ECO magazines. Or perhaps you know him from his bestselling books Cold, Heat, or And Soon I Heard a Roaring Wind. Whatever the case, his latest book—available from Little, Brown, and Company—gets ON&T’s strongest recommendation.