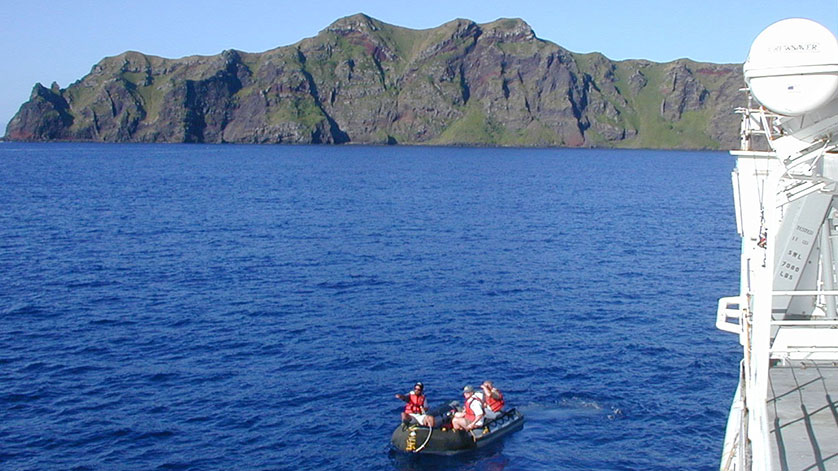 Slow-motion collisions of tectonic plates under the ocean drag about three times more water down into the deep Earth than previously estimated, according to a first-of-its-kind seismic study that spans the Mariana Trench, a crescent-shaped trench in the Western Pacific that measures 1,500 miles long and is the deepest ocean trench in the world.

The observations from the trench have important implications for the global water cycle, according to researchers at Washington University in St. Louis whose work is supported by the National Science Foundation (NSF).

"People knew that subduction zones could bring down water, but they didn't know how much water," said Chen Cai, lead author of the study, which was published in this week's issue of the journal Nature.

Researchers listened to more than a year's worth of Earth's rumblings, from ambient noise to actual earthquakes, using a network of 19 ocean-bottom seismographs deployed across the Mariana Trench, along with seven island-based seismographs. 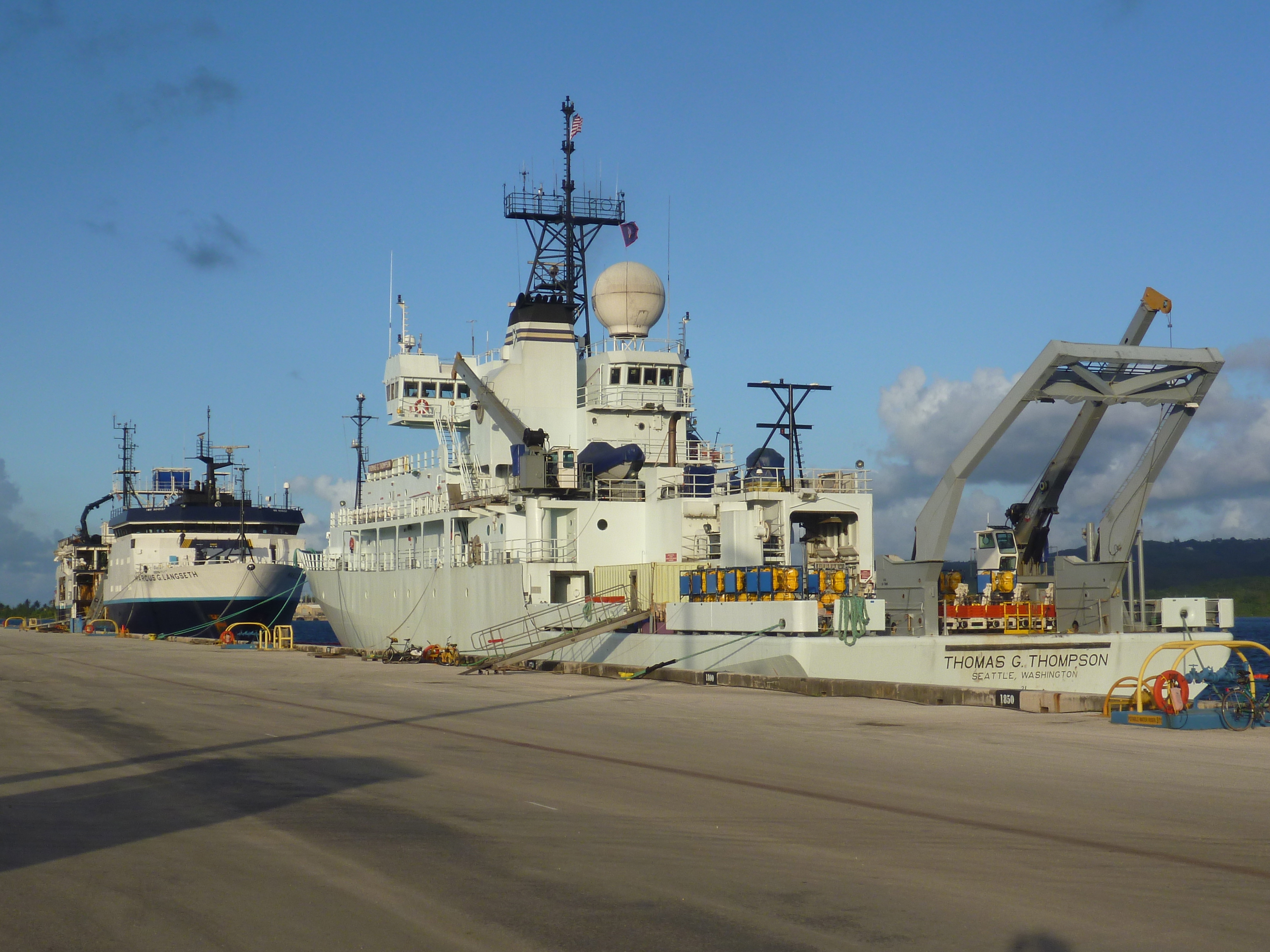 The research vessels Thompson and Langseth in port at the Guam Naval Base before the cruise began. Credit: Douglas Wiens

"Previous estimates vary widely on the amount of water that is subducted deeper than 60 miles," said Doug Wiens, a geoscientist at Washington University and co-author of the paper. "The main source of uncertainty in these calculations was the initial water content of the subducting uppermost mantle."

The Mariana Trench is where the western Pacific Ocean plate slides beneath the Mariana Plate and sinks deep into the Earth's mantle as the plates slowly converge.

The new seismic observations paint a more detailed picture of the Pacific Plate bending into the trench, resolving its 3D structure and tracking the relative speeds of types of rock that have different capabilities for holding water.

Rock can grab and hold onto water in a variety of ways. Ocean water atop the tectonic plate runs down into the Earth's crust and upper mantle along fault lines that lace the area where the plates collide and bend. Then it gets trapped.

Previous studies at subduction zones like the Mariana Trench have noted that the subducting plate could hold water. But they didn't determine how much water it held or how deep it went. The seismic images Cai and Wiens obtained show that the area of hydrated rock at the Mariana Trench extends almost 20 miles beneath the seafloor -- much deeper than previously thought. The amount of water in this block of hydrated rock is considerable, the scientists said.

For the Mariana Trench region alone, four times more water subducts than previously calculated. These results can be extrapolated to predict the conditions in other ocean trenches worldwide. 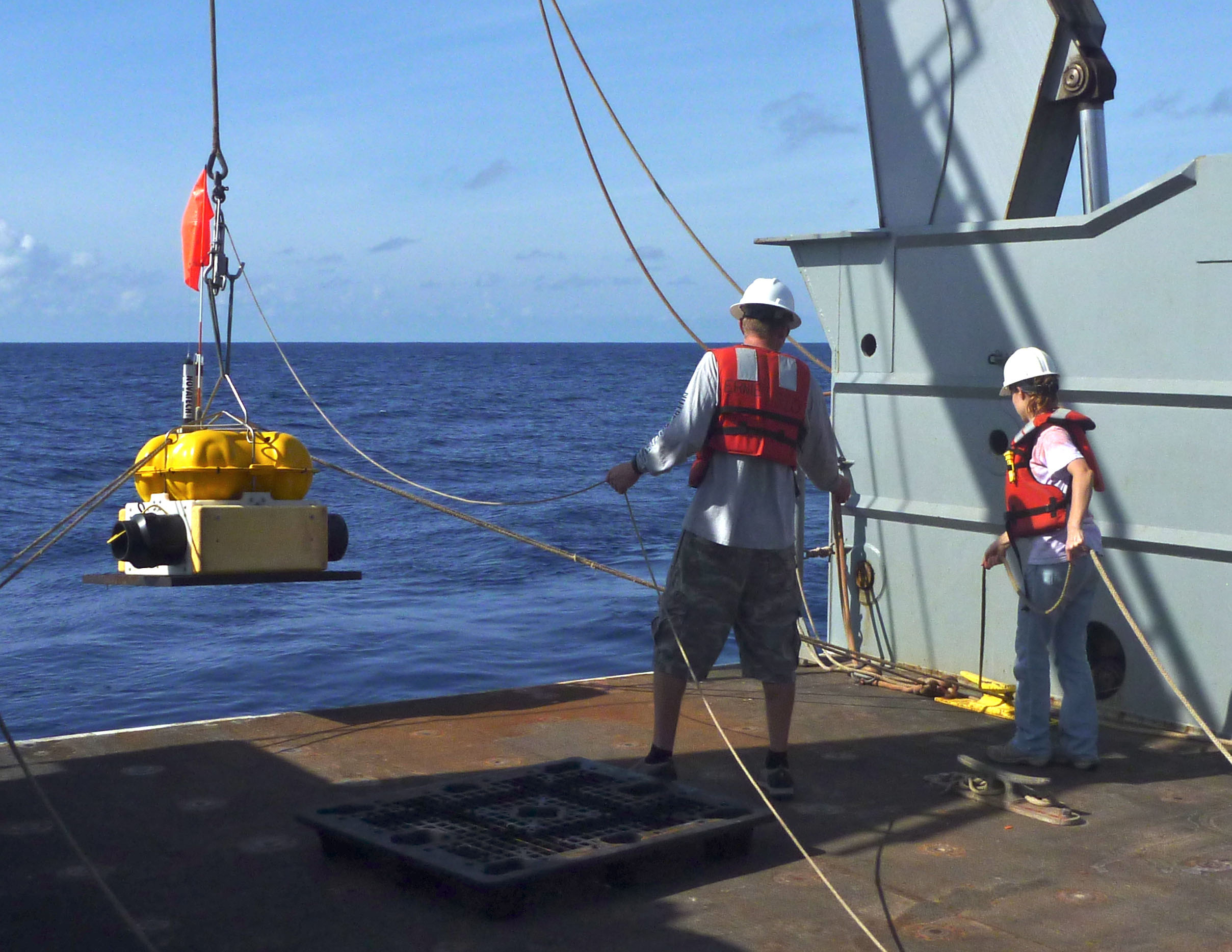 "If other old, cold subducting slabs contain similarly thick layers of hydrous mantle, then estimates of the global water flux into the mantle at depths greater than 60 miles must be increased by a factor of about three," said Wiens.

For water in the Earth, what goes down must come up. All the water going into the Earth at subduction zones must be coming back up somehow, not continuously piling up inside the Earth.

Scientists believe that most of the water that goes down at a trench comes back into the atmosphere as water vapor when volcanoes erupt. But with the revised estimates of water from the new study, the amount of water going in seems to greatly exceed the amount of water coming out.

"The estimates of water coming back out through the volcanic arc are probably very uncertain," said Wiens, who hopes that this study will encourage other researchers to reconsider their models for how water moves out.

"Does the amount of water vary substantially from one subduction zone to another, based on the kind of faulting where the plate bends?" Wiens asked. "There have been suggestions of that in Alaska and in Central America. But no one has yet looked at deeper structures like we were able to do in the Mariana Trench."