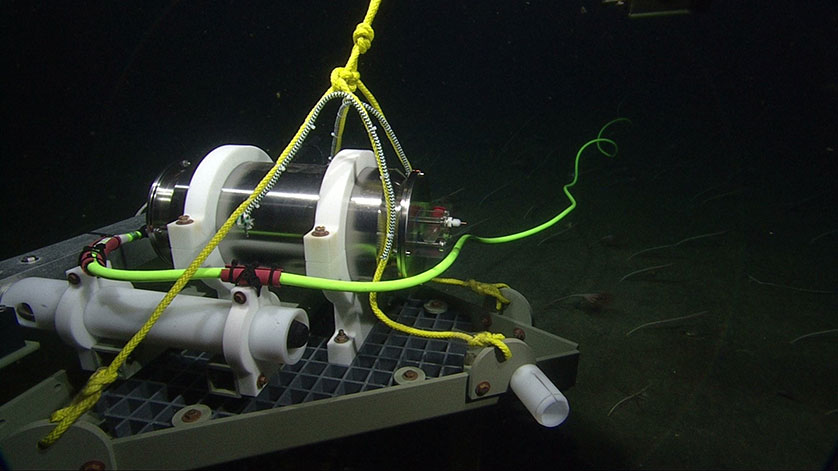 Deep below the ocean’s surface, shielded from satellite signals, the gradual movement of the seafloor — including along faults that can unleash deadly earthquakes and tsunamis — goes largely undetected. As a result, we know distressingly little about motion along the fault that lies just off the Pacific Northwest coast.

University of Washington oceanographers are working with a local company to develop a simple new technique that could track seafloor movement in earthquake-prone coastal areas. Researchers began testing the approach this summer in central California, and they plan to present initial results in December at the American Geophysical Union’s annual meeting in New Orleans.

Their approach uses existing water-pressure sensors to cheaply measure gradual swelling of the seafloor over months to years. If successful, the innovative hack could provide new insight into motion along the Cascadia Subduction Zone and similar faults off Mexico, Chile and Japan. The data could provide clues about what types of earthquakes and tsunamis each fault can generate, where and how often.

The concept began with a workshop in 2012 that brought together Jerry Paros, the founder of Bellevue-based Paroscientific, Inc., with UW geoscientists. Paros’ company manufactures sensors used to measure pressure at the bottom of the ocean with high precision, which are used by the National Oceanographic and Atmospheric Administration for its tsunami sensors. 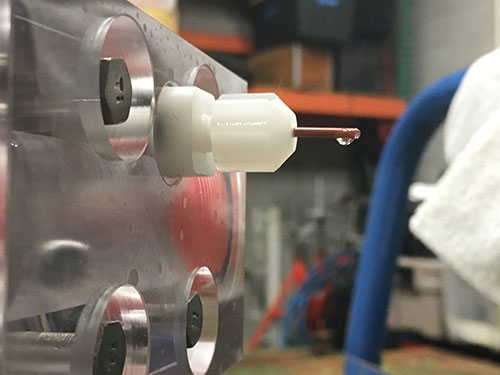 But an engineering quirk prevents the sensors from measuring the gradual ground motions that build up pressure along earthquake faults. The instruments can measure seafloor pressure, or the weight of water above the sensor, to an extremely precise fraction of a millimeter. But the readings lose accuracy over time, and the error is proportional to the quantity measured. On the ocean floor, where pressures are tens to hundreds of times that on the surface, the readings can change by 10 centimeters (3 inches) per year. In between major earthquakes, this is much more than the seafloor might shift up or down due to tectonic forces.

“If you want to measure how the seafloor is moving, you don’t want your reading to change by a larger value than the thing that you’re measuring,” said Dana Manalang, an engineer at the UW’s Applied Physics Laboratory who is working on the project.

Paros proposed an idea that would instead calibrate the pressure sensor against the air pressure inside the metal case that houses the instrument, which is roughly one atmosphere. This would allow existing pressure sensors to autonomously track small bulges and slumps on the seafloor. 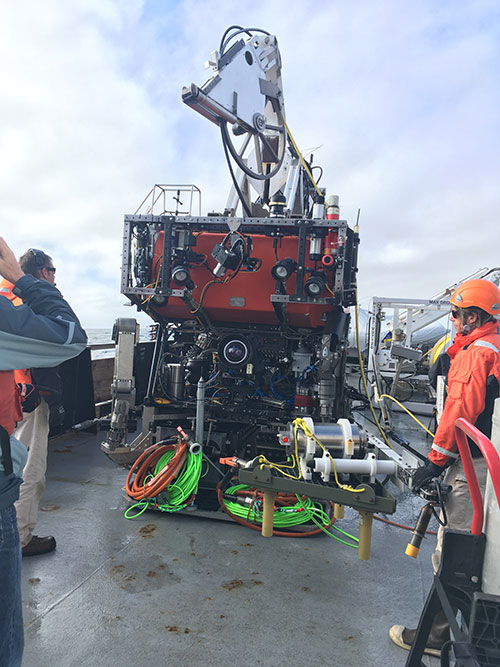 This deep-sea robot, the ROV Ventana operated by Monterey Bay Aquarium Research Institute, in June attached the instrument (lower right) to the Internet-connected observatory at the bottom of Monterey Bay. MBARI/University of Washington

Last year engineers at the UW Applied Physics Laboratory modified an existing Paros pressure sensor. The sensitive quartz crystal that measures the seafloor pressure can now be connected to measure pressure inside its titanium instrument case, with a known pressure and another barometer to check the value. The prototype instrument was attached in mid-June to the Monterey Accelerated Research System, a cabled seafloor observatory that lets researchers communicate directly with the instrument.

“That chunk of seafloor actually does not move much. We’re looking for a null result,” Manalang said. “If successful, the next step would be to deploy similar instruments in some more geologically active areas.”

Those areas include the Cascadia Subduction Zone, the fault that could unleash the Really Big One at any time on the Pacific Northwest. Geologists studying the small rise and fall of this section of seafloor, around 1 centimeter per year, have instead been forced to develop complicated workarounds.

“We are trying to find a pattern of which areas are going up and which areas are going down, and how quickly, which can potentially tell us where the subduction zone fault is locked,” said William Wilcock, a UW oceanography professor who holds the Paros endowed chair. “But we can’t yet do that with a conventional pressure sensor.”

Wilcock and seismologists at Scripps Institution of Oceanography have been monitoring seafloor movement off central Oregon, where the Cascadia Fault displays behavior that suggests it may gradually slip, releasing strain along that section of the fault. Once a year, the partners go to sea with a research ship, deep-sea robot and specialized equipment to calibrate six seafloor pressure sensors. By monitoring exactly how the seafloor has moved in this way from one summer to the next, they can compare sections of the fault and learn which zones are fully locked, building up potentially dangerous energy, and which aren’t.

“The approach we are using appears to work, but it’s expensive, and you can’t do it very often,” Wilcock said.

If Paros’ modified sensors can do the job, future work might place a network of them along Cascadia or other subduction zones, in which a seafloor plate plunges beneath a continental plate. Measuring motion along different parts of these faults might answer longstanding questions about how and where a fault ruptures.

From her Seattle office, Manalang now communicates with the prototype sensor in Monterey and flips the crystal about once each weekday to recalibrate it against the instrument housing pressure. She will flip it less often as the test continues, while remotely monitoring the change in pressure readings.

“We’re still close to the starting line on this one, and have some initial, really promising results,” Manalang said. Observations so far show that the shift in measurements is predictable, and similar at both ends of the instrument’s range. “We’re at the very beginning of what we hope is a fairly long-term test,” she said.

If the method proves reliable, future pressure sensors could be programmed to pivot periodically on their own and gather observations over months or years. Precise long-term measurements of water pressure could not only help seismologists, but also researchers who study how sea level changes over decades.

“If you can make very accurate observations, and routinely, it would interest both the people studying what’s happening beneath and what’s happening above,” Wilcock said. “These data would open up a whole bunch of new studies.”

The research is funded by Jerry Paros and the University of Washington.

By Hannah Hickey
University of Washington