GEBCO: Data of the World’s Ocean Floor Has More Than Doubled 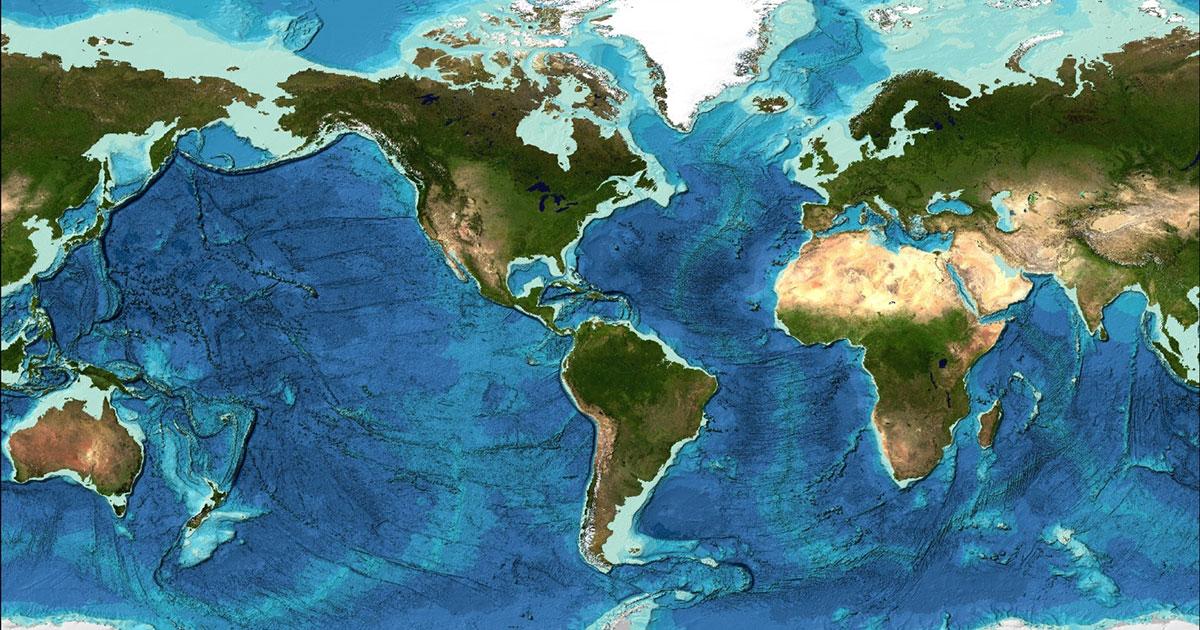 The data available to produce the definitive map of the world’s ocean floor has more than doubled, just two years after the launch of an international effort to produce a complete map by the year 2030.

Following the efforts of The Nippon Foundation-GEBCO Seabed 2030 Project, coverage of the world’s ocean floor has now increased from 6 per cent to 15 per cent. This is equivalent to around 32,000,000 square kilometers of new bathymetric data, an area greater than the landmass of the entire African continent. Heeding the call from Seabed 2030, industry is now making significant contributions to the Seabed 2030 mission to map the entirety of the world’s ocean floor: around 570,000 square kilometers of data – roughly the size of Kenya – have been donated by industry partners for inclusion into the new map.

The new figures were presented by Dr. Graham Allen, Acting Director of Seabed 2030, to more than 100 representatives of international governments and organizations at the 101st meeting of the Maritime Safety Committee, at the International Maritime Organization (IMO) in London today.

The project’s efforts to map the entire ocean floor were given a dual boost last month with the news that a team made up of alumni of The Nippon Foundation-GEBCO Postgraduate Training Program at the University of New Hampshire, US, had won the $4 million grand prize in the Shell Ocean Discovery XPRIZE, a competition to stimulate technological innovation in ocean mapping. It was also announced that XPRIZE and Seabed 2030 would enter into a new partnership to deepen cooperation in pursuit of mapping of the world’s entire ocean floor.

The General Bathymetric Chart of the Oceans (GEBCO) is the only intergovernmental organization with a mandate to map the entire ocean floor. With its origins in 1903, pioneered by Prince Albert I of Monaco and inspired by the work of Professor Julien Thoulet, GEBCO aims to produce the most authoritative, publicly-available bathymetric datasets for the world’s oceans.

Seabed 2030 was launched at the UN Ocean Conference in 2017 by Mr. Yohei Sasakawa, Chairman of The Nippon Foundation, as a collaborative international project with the objective of producing a complete and definitive map of the world’s ocean floor by 2030. To achieve this, Seabed 2030 aims to incorporate all currently available data into the GEBCO grid; to identify existing data not in publicly available databases and seek to include them; identify the areas for which no data exist; and inspire and inform future mapping missions in these areas.

Based on the assessments made by Seabed 2030, less than 20 per cent of the ocean floor has been mapped with modern survey instruments, and not all of these data were included in the 2014 GEBCO grid. At the target resolutions adopted by the Seabed 2030 project, the grid published in 2014 was only 6 per cent complete.

As part of the Seabed 2030 Project, four regional centers were established to coordinate and oversee the sourcing and compilation of bathymetric data from portions of the world ocean. These regional centers are based at the Alfred Wegener Institute in Germany, covering the Southern Ocean; Stockholm University in Sweden, in partnership with the University of New Hampshire, US, for the Arctic and North Pacific Ocean; the Lamont Doherty Earth Observatory at Columbia University, US, covering the Atlantic and Indian Oceans; and the National Institute of Water and Atmospheric Research (NIWA) in Wellington, New Zealand, covering the South and West Pacific Ocean. All four centers have all convened regional mapping meetings that brought together representatives from industry, academia, and government. Regional data products are fed from these centers into a Global Data and Coordination Centre hosted at the British Oceanographic Data Centre, National Oceanography Centre, in Southampton, UK.

The recently released GEBCO 2019 Grid represents a major global increase in the resolution at which bathymetric data are presented, doubling that of the 2014 grid. It has been developed using datasets from all Seabed 2030 regional centers, and contains data contributed through agreements with a wide variety of partners, including public and private sector organizations.

These partners include Fugro, one of the world’s leading private sector off-shore survey companies, which agreed to leave its on-board echosounders switched on while travelling between client projects in order to collect transit data, and committed to opening discussions with clients to investigate how proprietary data can be shared with the scientific community without compromising commercially sensitive details.

Texas-based surveying company Ocean Infinity will donate 120,000 square kilometers of data collected during its search for the missing Malaysian airliner MH370, while in 2019 the Five Deeps Expedition agreed to donate all bathymetric data collected during its pre-dive surveys at the deepest points of each ocean, and to optimize its tracks between sites and collect transit data for the project. To assist these efforts and further the development of ocean science through capacity building programs, Seabed 2030 has provided expert mappers to operate these on-board sonar systems.

“The publication of the new grid shows a significant increase in the data available to us about the ocean floor”, said Dr. Graham Allen, Acting Director of The Nippon Foundation-GEBCO Seabed 2030 Project.

“Such an increase has largely been made possible by the partnerships struck between Seabed 2030 and members of the international maritime community, and we are indebted to those organizations that have contributed their data or are currently in the process of collecting it for inclusion in the grid. This is a big step forward for us in our efforts to identify and map the gaps that remain.”

The new grid is available to download now, and will be showcased later in the year at a symposium to mark the progress of Seabed 2030.