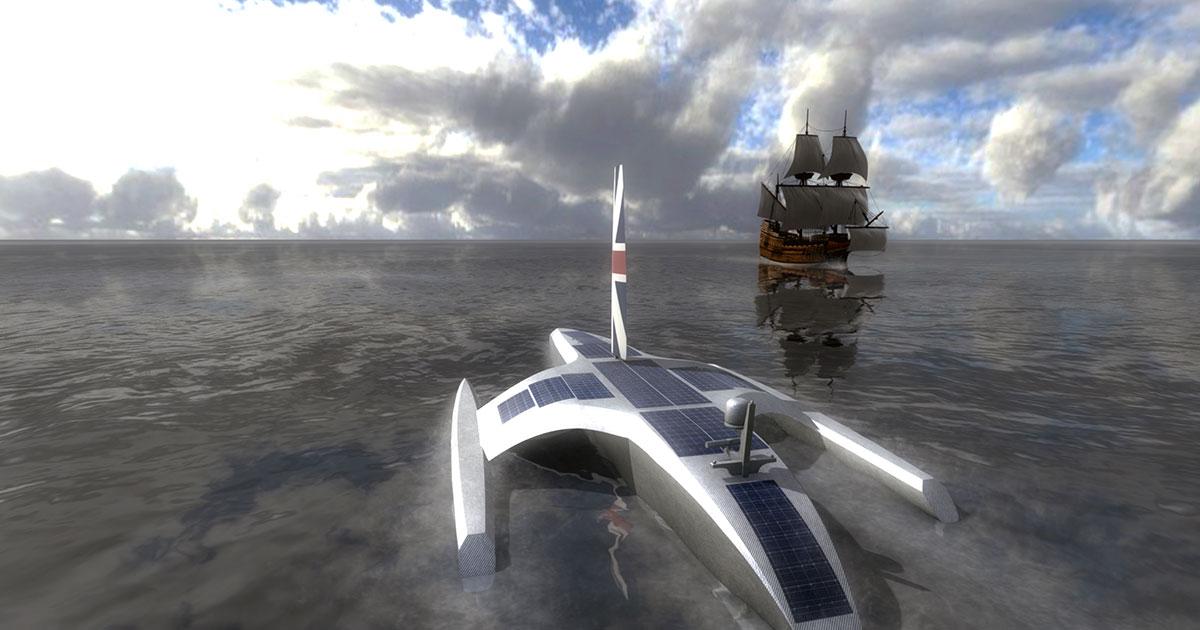 Fischer Panda UK has announced a contract to supply, install and commission a complete electric propulsion system for the innovative Mayflower Autonomous Ship (MAS) project. The installation –which will include motors, batteries, diesel generators and associated power and control electronics – will be crucial to ensuring the success of the unmanned Atlantic crossing, which is scheduled for September 2020.

The voyage, from Plymouth, UK to Plymouth, Massachusetts, is proposed for next year in celebration of the 400th anniversary of the voyage of the pilgrim fathers in their eponymous ship. Equipped with advanced research sensors and IBM’s latest AI, Power servers and edge technologies, the 15m trimaran is expected to make the crossing in approximately 12 days at speeds up to 20 knots – a huge leap from the original Mayflower’s 60 days at 2.5 knots. To achieve this, she will be powered by a 21st century fully-electric propulsion system from Fischer Panda, primarily charged by wind and solar energy which, the builders anticipate, will give unlimited range in equatorial sunshine and breeze – although Fischer Panda diesel generators will offer backup should conditions be less ideal. 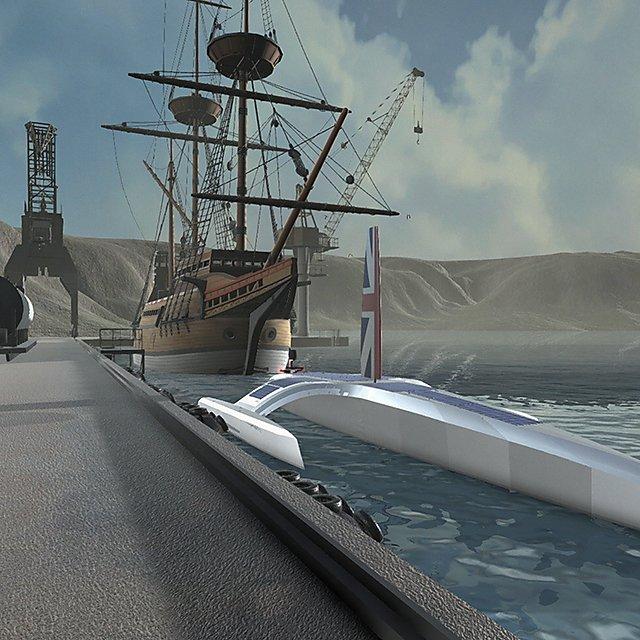 MAS is a collaborative venture between several academic and commercial institutions. Leading the initiative is ProMare, a non-profit charity established to promote marine research and exploration throughout the world, and the vessel is being designed by Whiskerstay and MSubs, both companies with extensive experience developing manned and unmanned marine vehicles. The Universities of Plymouth and Birmingham are also significantly involved, respectively developing the research pods and virtual/augmented reality systems.

Asked why Fischer Panda was chosen to supply the drive system, Brett Phaneuf, Managing Director of MSubs, said: “We wanted to buy an end-to-end hybrid drive that was fully integrated and tested by the manufacturer and we knew would work. We’ve used Fischer Panda in the past for our military work and found them to be very reliable.” 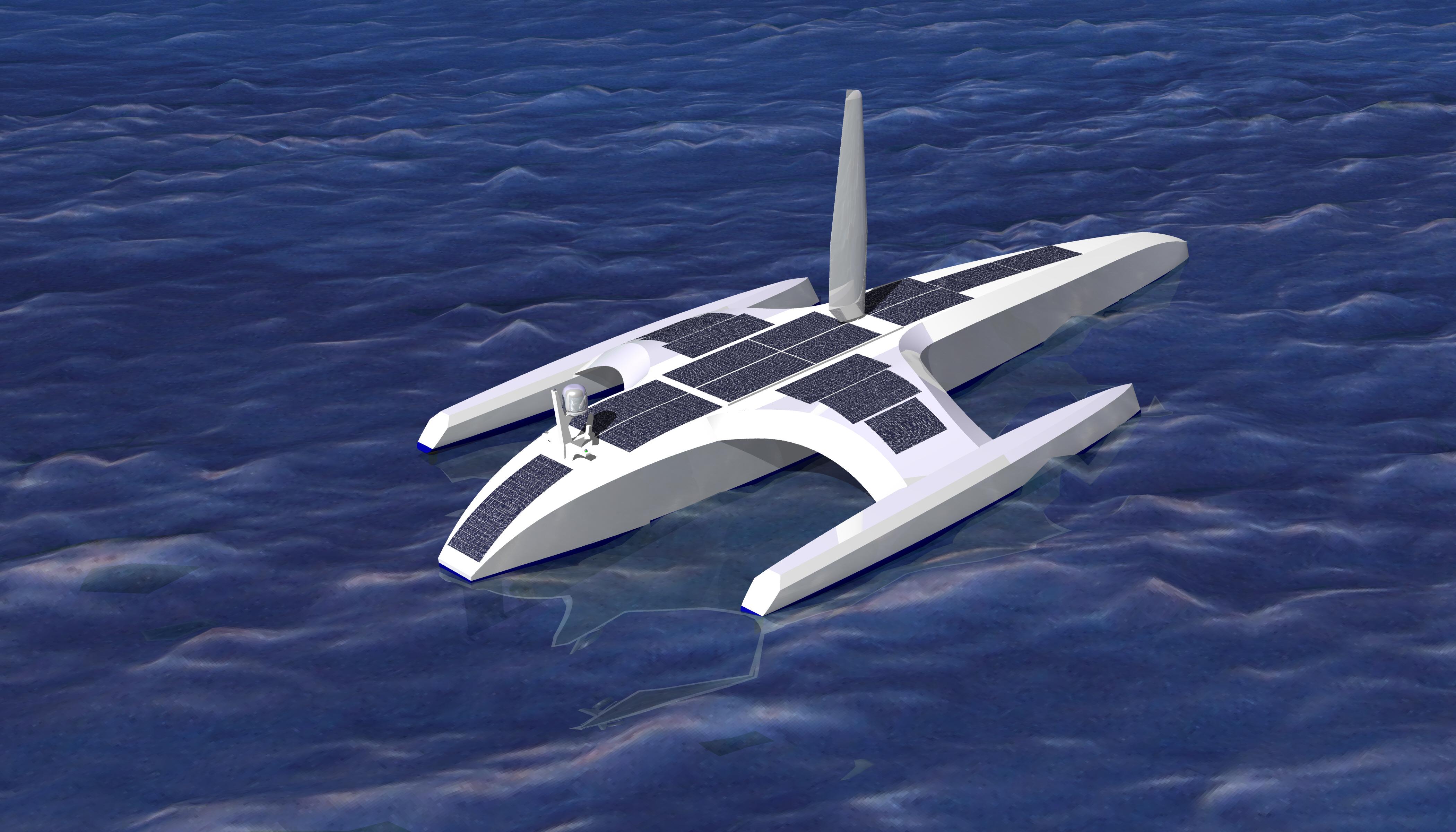 The equipment, which will be installed and commissioned by Fischer Panda UK’s engineering team, will comprise:

Barry Fower, Managing Director at Fischer Panda UK, said: “We’re delighted to be involved in this innovative venture, and for our products to be chosen to play such a vital role. We look forward to supporting the MAS team throughout the project.”

MAS is designed so that sensor and control modules can be easily exchanged, allowing units developed on shore to be swapped and tested with minimal installation. On passage, the vessel is hoped to collect significant data to assist research into ocean conditions, marine pollution, meteorology and conservation, and to refine autonomous navigation and machine learning techniques. As such, Phaneuf says, “it’s a research ship that is in itself a research project.”

With hybrid drives, autonomous control and environmental awareness all at the leading edge of marine research at present, MAS is likely to prove a blueprint for future developments. “This is the first of many vessels to come,” said Fredrik Soreide, ProMare Project Director. “This is a seagoing vessel which can go a long distance. Most previous unmanned vessels have only been able to go short distances, so this is a big change.”

For more information about the MAS project, click here.