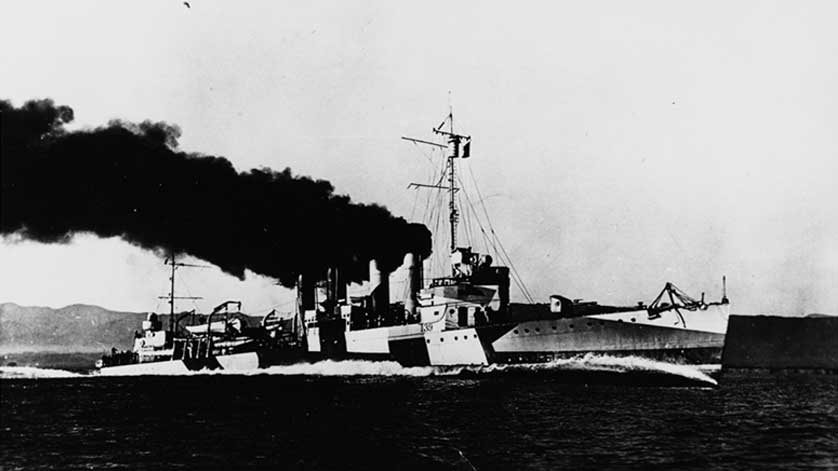 Microsoft co-founder and philanthropist Paul G. Allen's expedition crew of Research Vessel (R/V) Petrel has documented the USS Ward (Destroyer No. 139) in its final resting place near Ponson Island in the Philippines. The expedition team released video images just prior to the anniversary of the attack on Pearl Harbor.

The USS Ward was a Wickes-class destroyer that famously fired the first American shot in World War II at 6:45 a.m. on Sunday, Dec. 7, 1941 just outside of Pearl Harbor, Hawaii. The ship and its crew sighted and sank a Japanese midget submarine. The submarine they sank was one of five top secret Japanese vessels, each armed with two torpedoes that intended to penetrate the harbor under cover of darkness before the attack began. The enemy air attack on Pearl Harbor, and throughout Oahu, started about an hour after the USS Ward sank the midget submarine. 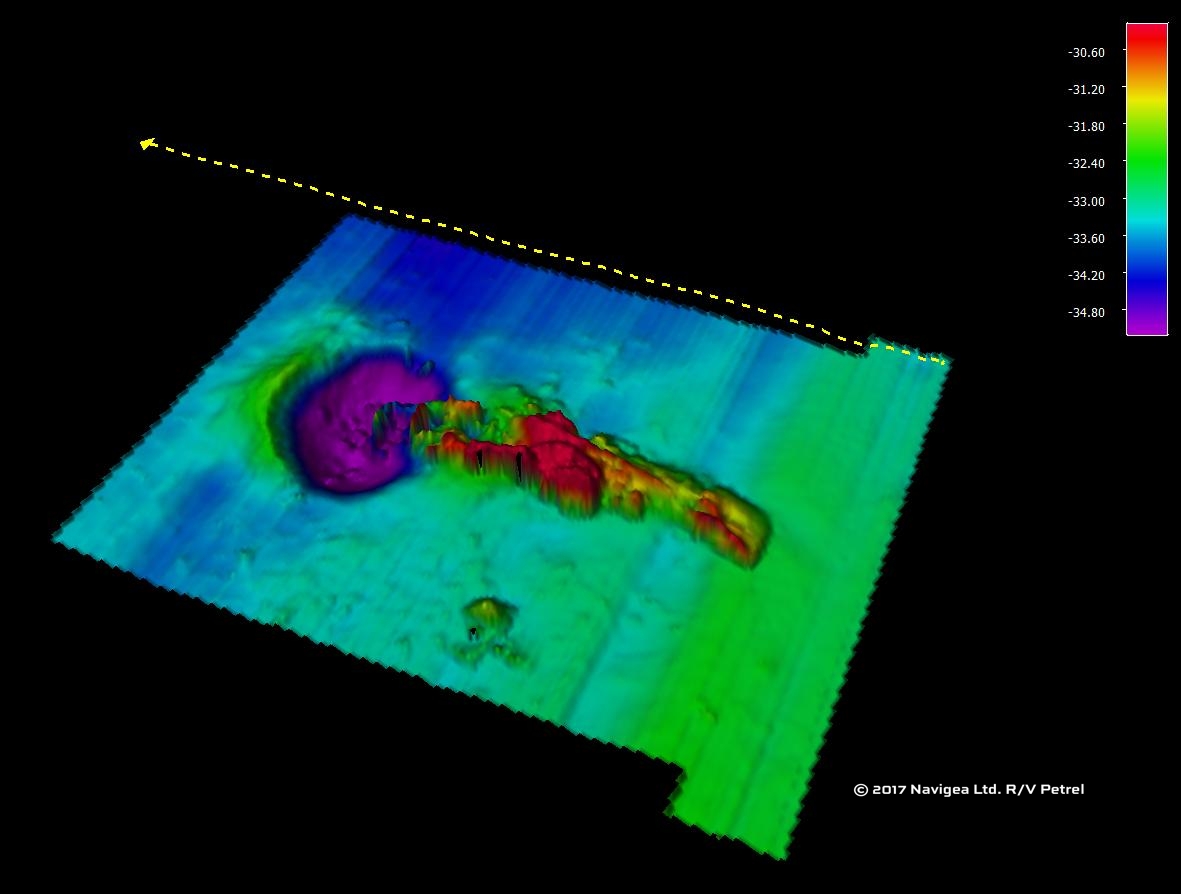 On December 7, 1944, three years to the day, the USS Ward was lost after coming under attack by several kamikazes. She had been patrolling Ormoc Bay off the island of Leyte, serving as a high-speed transport for troops. She was hit at the waterline amidships by one of the attacking kamikaze. Unable to extinguish the resulting fire that was now consuming the ship, the crew was ordered to abandon ship. She was soon scuttled by an accompanying ship, the USS O'Brien. Poetically, O'Brien's commanding officer was Lt. Cmdr. William Outerbridge, who had been in command of the USS Ward during the attack on Pearl Harbor three years earlier. Amazingly, only one USS Ward crew member was injured throughout the day's events. While her remains rest at the bottom of Ormoc Bay, the Ward's historical significance is not forgotten. 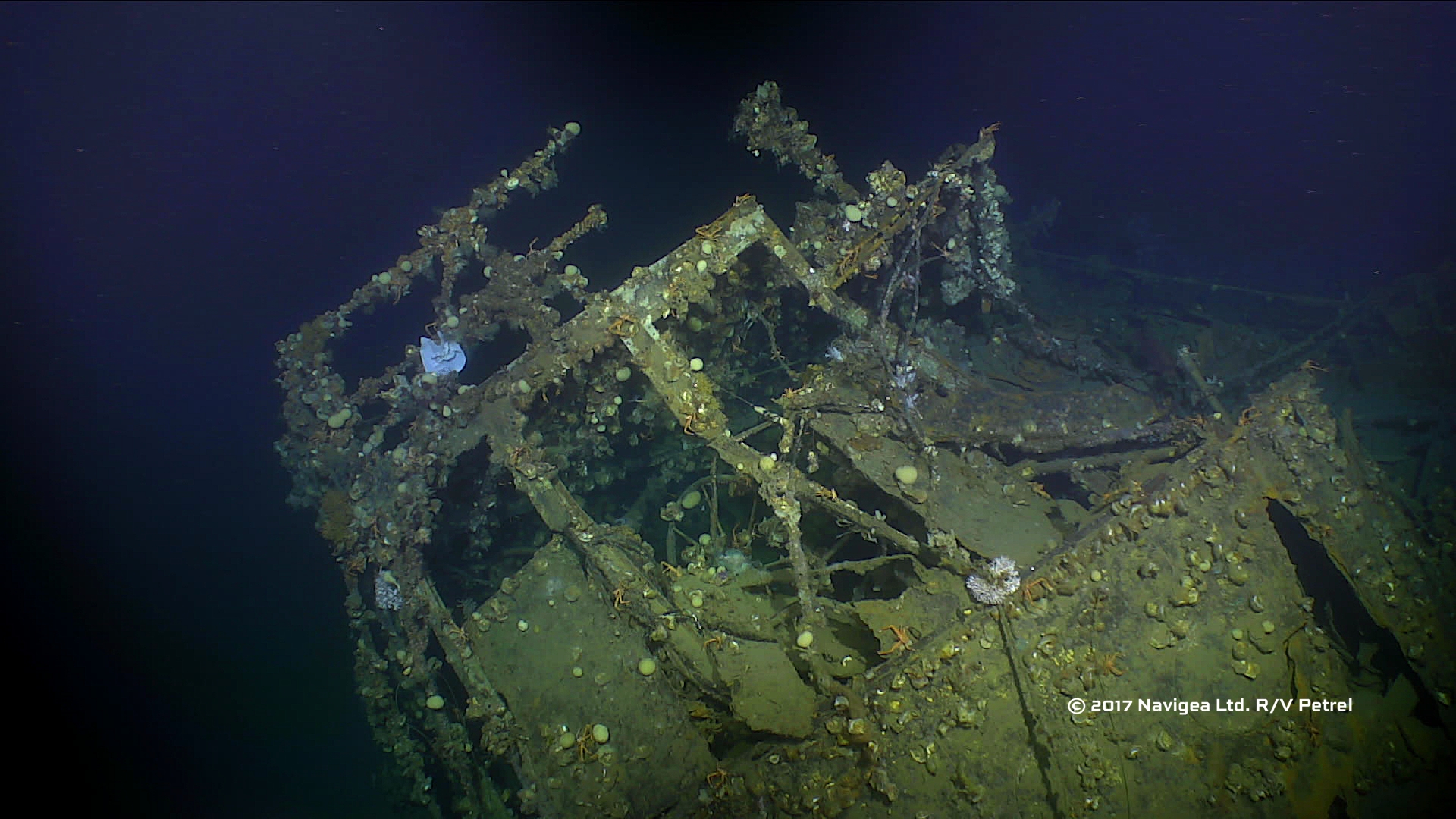 "The USS Ward found herself in the crucible of American history – at the intersection of a peacetime Navy and war footing. She took decisive, effective and unflinching action despite the uncertain waters. Now 76 years on, her example informs our naval posture," said Adm. Scott Swift, commander of the U.S. Pacific Fleet. 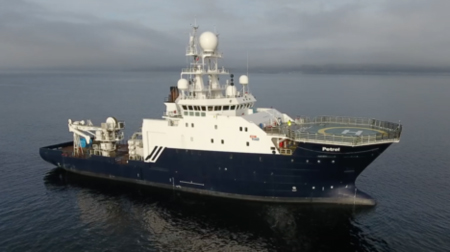 R/V Petrel is a 250-foot research and exploration vessel purchased in 2016 by Mr. Allen. Petrel's advanced underwater equipment and technology makes it one of the few ships on the planet capable of exploring to 6,000 meters deep (more than 3.5 miles).

Following a 2017 retrofit, Petrel and its crew use state-of-the-art underwater technology for deep-sea search and exploration expeditions.

"The Petrel and its capabilities, the technology it has and the research we've done, are the culmination of years of dedication and hard work," said Robert Kraft, director of subsea operations for Mr. Allen. "We've assembled and integrated this technology, assets and unique capability into an operating platform which is now one among very few on the planet." To ensure the location of the ship was accurate, the USS Ward's wreckage was identified and cross-referenced with historic drawings and schematics of the ship. The survey of the USS Ward was part of a combined mission to document the Imperial Japanese Warships that were lost during the Battle of Surigao Strait in the Philippines. During the November expedition, the R/V Petrel was able to capture video of IJN Yamashiro (FUSO class dreadnought battleship), IJN Fuso (FUSO class dreadnought battleship), Yamagumo (Asashio class destroyer), Asagumo (Asashio class destroyer) and Michishio (Asashio class destroyer). These ships and more than 4,000 men were lost during a decisive battle on October 25, 1944, considered the largest naval battle in history.

Allen-led expeditions have also resulted in the discovery of the USS Indianapolis (August 2017), Japanese battleship Musashi (March 2015) and the Italian World War II destroyer Artigliere (March 2017). His team was also responsible for retrieving and restoring the ship's bell from the HMS Hood for presentation to the British Navy in honor of its heroic service. Mr. Allen's expedition team and R/V Petrel are dedicated to continuing exploration, marine archaeology and oceanographic research. 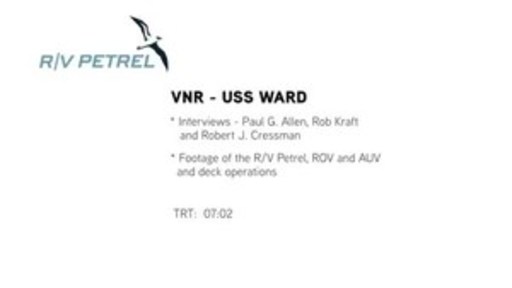