Expedition to Understand Causes of 2004 Tsunami 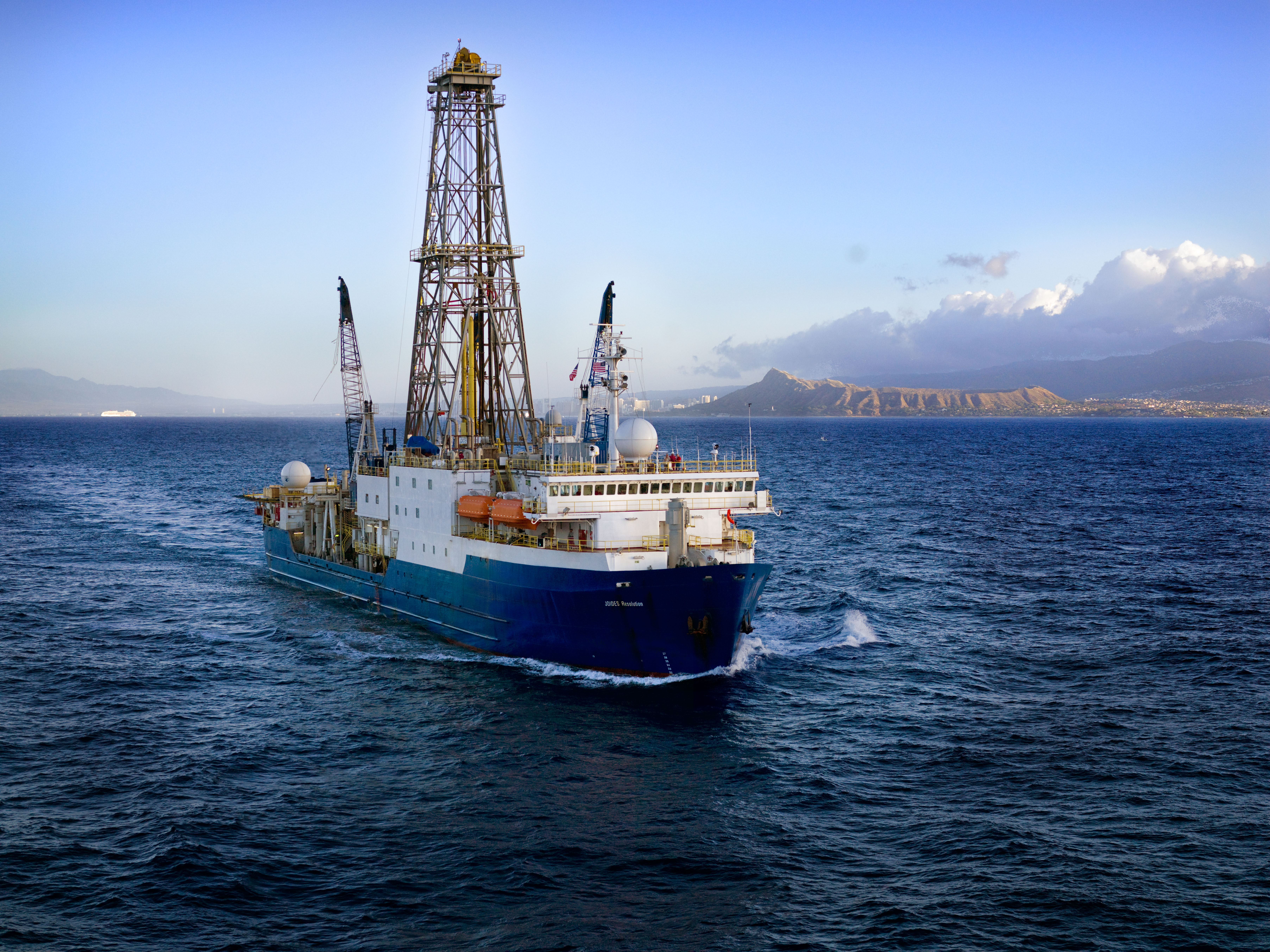 The devastating earthquake that struck North Sumatra and the Andaman and Nicobar Islands on Boxing Day (26 December) in 2004 caused a tsunami that inundated coastal communities around the Indian Ocean, killing over 250,000 people in 14 countries.

That earthquake was caused by a slip on a subduction zone plate boundary fault beneath the eastern Indian Ocean.

Now, over the coming weeks, a team of international researchers are returning to offshore Sumatra to collect marine sediments, rocks and fluids from this particular zone for the first time to gain a better understanding of the materials and to collect data for predicting how they behave in fault zones to generate large earthquakes.

Throughout August and September the researchers, including experts from Ocean and Earth Science at the University of Southampton, will spend two months on board the drilling vessel JOIDES Resolution as part of the International Ocean Discovery Programme (IODP). The Expedition, number 362 of the IODP, involves 33 scientists and two educators from 13 countries including Professors Lisa McNeill and Tim Henstock from the University of Southampton. Professor McNeill is one of the Expedition leaders along with Associate Professor Brandon Dugan of the Colorado School of Mines and Dr. Katerina Petronotis of the IODP.

“We are very excited that the project is about to start as it has taken many years of preparation and the dedication of a large team of scientists from around the world,” said Professor McNeill. “We have an excellent team onboard and we hope the results will help us understand what controls the size of the very largest earthquakes on Earth, particularly following the enormous numbers of casualties due to subduction earthquakes and tsunamis in the last 10-15 years. “The Boxing Day earthquake of 2004 and the Japan Tohoku-oki earthquake in 2011 both ruptured to much shallower depths than expected, producing very large earthquakes and tsunami, and prompting a re-evaluation of earthquake slip potential and of the properties of shallow subduction faults,” Professor McNeill continued. “Subsequent large magnitude earthquakes have struck this margin since 2004, including unusually large earthquakes in the Indian plate offshore North Sumatra in 2012. Therefore developing a better understanding of earthquake and tsunami behavior and potential is a priority for local communities, for the wider Indian Ocean, and for related subduction zones.”

Professor McNeill explained that the North Sumatran subduction margin has an unusual structure and morphology that is likely influenced by the properties of the sediments and rocks forming the margin.

“Although our understanding of this margin’s structure and development has increased enormously since 2004 due to marine geophysical data collection, as yet very little is known of the properties of the materials that make up this subduction zone,” she continued. “This project will investigate how materials coming into the system drive shallow earthquake rupture and influence the shape of the continental margin. Our ultimate goal is to understand the hazard potential for this margin, and eventually others with similar material properties and margin morphology.

“This ocean drilling expedition will for the first time drill scientific boreholes within the sediments entering this subduction zone, including the layer of sediment that eventually develops into the earthquake-generating fault,” Professor Henstock explained . “We know the sediments are of deep sea and terrestrial origin, including those eroded from the high Himalayas and transported thousands of km into the Bay of Bengal and eastern Indian Ocean. But we do not know how the sediments change as they become physically and chemically altered as the sediment section builds up to 4-5 km thickness before reaching the subduction zone.

“Burial and increased temperatures also affect fluids within the sediment pile, and these are very important for earthquake fault behavior,” Professor Henstock concluded. “Sampling and measuring the properties of the materials in situ and then extrapolating their properties to greater burial depths using modeling techniques and lab experiments will be important goals of this project.”