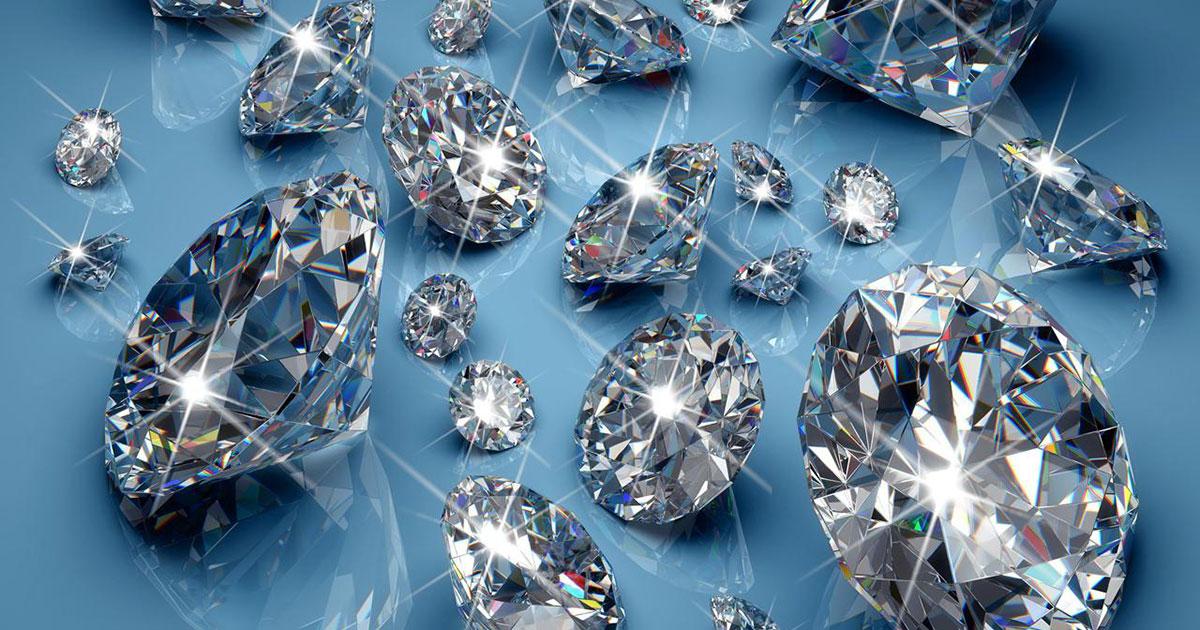 The diamond on your finger is most likely made of recycled seabed cooked deep in the Earth.

Traces of salt trapped in many diamonds show the stones are formed from ancient seabeds that became buried deep beneath the Earth’s crust, according to new research led by Macquarie University geoscientists.

Most diamonds found at the Earth’s surface are formed this way; others are created by crystallization of melts deep in the mantle.

In experiments recreating the extreme pressures and temperatures found 200 kilometers underground, Dr. Michael Förster, Professor Stephen Foley, Dr. Olivier Alard, and colleagues at Goethe Universität and Johannes Gutenberg Universität in Germany, have demonstrated that seawater in sediment from the bottom of the ocean reacts in the right way to produce the balance of salts found in diamond.

The study, published in Science Advances, settles a long-standing question about the formation of diamonds. “There was a theory that the salts trapped inside diamonds came from marine seawater, but couldn’t be tested,” says lead author Michael. “Our research showed that they came from marine sediment.”

Diamonds are crystals of carbon that form beneath the Earth’s crust in very old parts of the mantle. They are brought to the surface in volcanic eruptions of a special kind of magma called kimberlite.

While gem diamonds are usually made of pure carbon, so-called fibrous diamonds, which are cloudy and less appealing to jewelers, often include small traces of sodium, potassium and other minerals that reveal information about the environment where they formed.

These fibrous diamonds are commonly ground down and used in technical applications like drill bits.

Fibrous diamonds grow more quickly than gem diamonds, which means they trap tiny samples of fluids around them while they form.

“We knew that some sort of salty fluid must be around while the diamonds are growing, and now we have confirmed that marine sediment fits the bill,” says Michael. For this process to occur, a large slab of sea floor would have to slip down to a depth of more than 200 kilometers below the surface quite rapidly, in a process known as subduction in which one tectonic plate slides beneath another.

The rapid descent is required because the sediment must be compressed to more than four gigapascals (40,000 times atmospheric pressure) before it begins to melt in the temperatures of more than 800°C found in the ancient mantle.

To test the idea, team members at the Johannes Gutenberg Universität Mainz and Goethe Universität Frankfurt in Germany carried out a series of high-pressure, high-temperature experiments.

They placed marine sediment samples in a vessel with a rock called peridotite that is the most common kind of rock found in the part of the mantle where diamonds form. Then they turned up the pressure and the heat, giving the samples time to react with one another in conditions like those found at different places in the mantle.

At pressures between four and six gigapascals and temperatures between 800°C and 1100°C, corresponding to depths of between 120 and 180 kilometers below the surface, they found salts formed with a balance of sodium and potassium that closely matches the small traces found in diamonds.

“We demonstrated that the processes that lead to diamond growth are driven by the recycling of oceanic sediments in subduction zones,” says Michael.

“The products of our experiments also resulted in the formation of minerals that are necessary ingredients for the formation of kimberlite magmas, which transport diamonds to the Earth’s surface.”