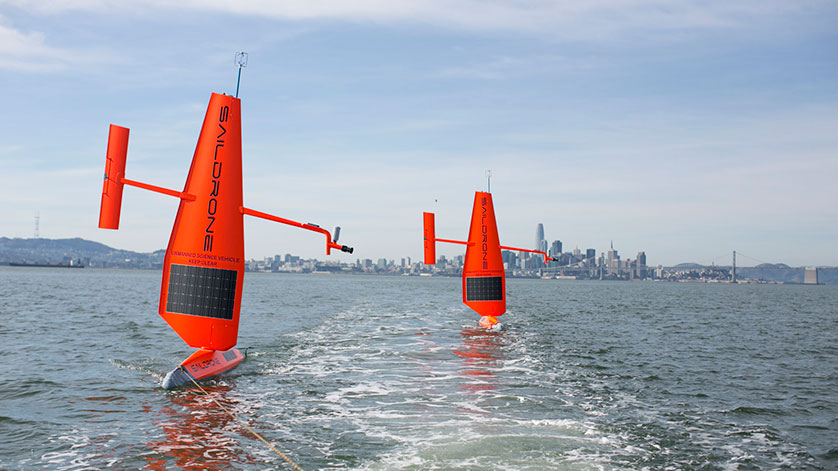 CSIRO has announced a partnership with San Francisco-based ocean technology start-up, Saildrone, to radically improve measurement and monitoring in Australian waters and the Southern Ocean.

The research partnership over five years between Saildrone and CSIRO’s Oceans and Atmosphere group will see the deployment of state-of-the-art unmanned ocean surface vehicles, Saildrones, for the first time in Australian waters.

Research with the Saildrones will expand CSIRO’s extensive network of marine and climate monitoring systems around Australia, collecting more information about sea-surface temperature, salinity, and ocean carbon, and providing a platform for continued development of the next generation of marine and climate technologies.

The Saildrones are solar and wind powered and can be at sea for up to 12 months at a time where they can be tasked to assist in science missions including conducting stock assessments, uploading data from subsurface sensors or responding to marine emergencies.

They can be controlled remotely from anywhere in the world and are equipped with both automatic identification systems (AIS) and ship avoidance systems to alert and avoid other ocean users. 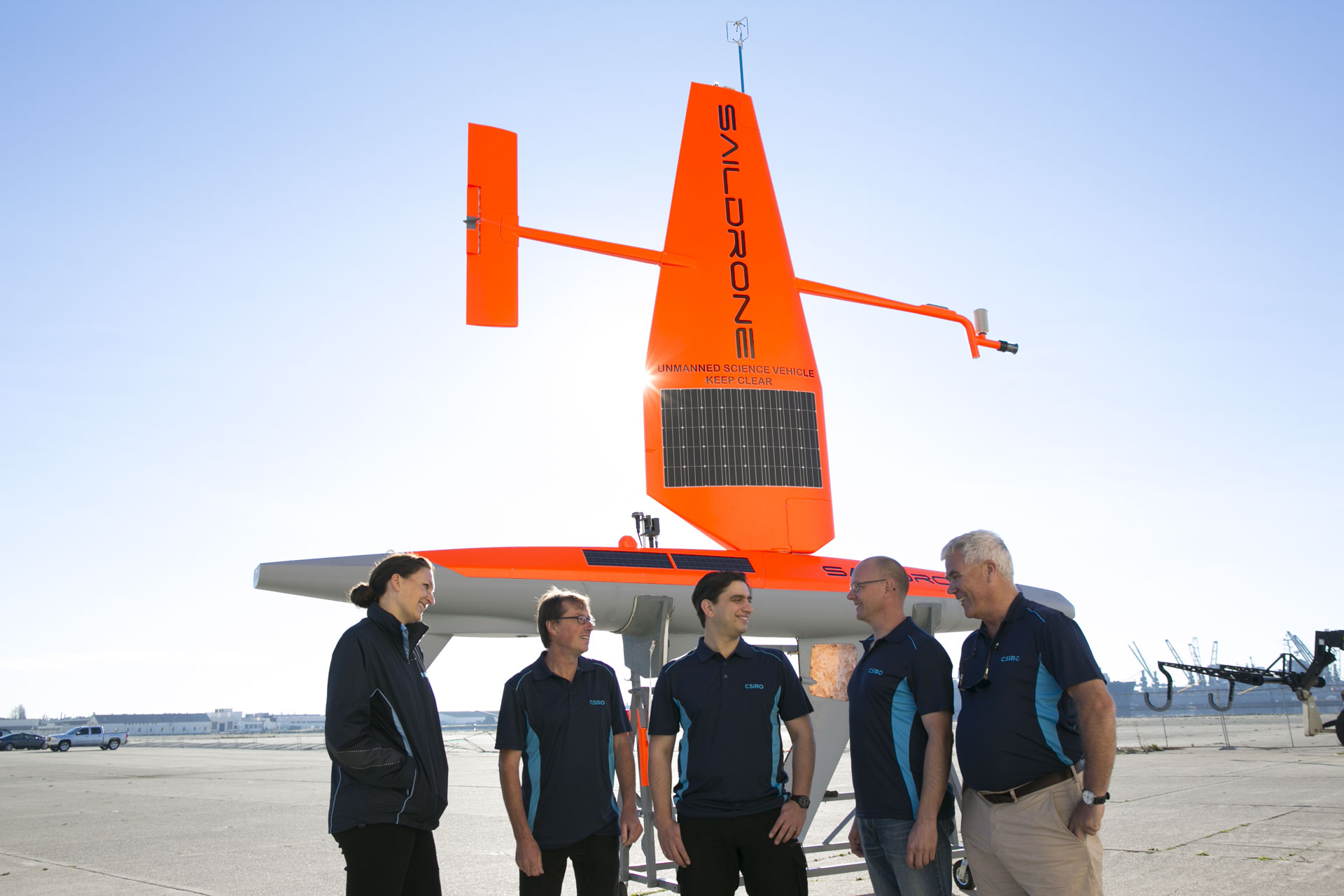 CSIRO Research Group Leader Andreas Marouchos said the partnership would see the organisation manage a fleet of three Saildrones deployed from the CSIRO in Hobart.

“This research partnership comes at a critical time for the marine environment, and at a time when technological innovation in the marine sector is booming,” Mr Marouchos said.

“Saildrones are long-range research platforms that can be sent to remote locations for an extended period of time, delivering real-time data back to scientists that was previously impossible to collect.”

“The devices gather fundamental information about our oceans and climate using a powerhouse of ocean chemistry, meteorological and marine acoustic sensors.

“CSIRO is at the forefront of advances in marine engineering and technology, with a demonstrated track record in providing new tools and methods for world-class oceans research.”

“Saildrone and CSIRO share the same passion for innovation and engineering to help solve some of the most challenging problems facing the world,” Mr Jenkins said.

“Autonomy is a key technology for accessing the southern oceans, which are understudied due to the rough seas and the limited number of vessels that regularly pass through the region.”

CSIRO will collaborate on the development of Saildrone technology beginning with equipping the vehicles with specialised sensors designed to measure ocean carbon, as well as provide biomass estimates in the water column, added to the existing suite of marine and atmospheric sensors.

The ability to remotely control the Saildrones from anywhere in the world means they can be re-tasked quickly to meet CSIRO’s science needs, providing a new way to measure ocean conditions associated with events like marine heat waves or toxic algal blooms that in the past would have required extensive planning and expense for a ship and crew.

The partnership between Saildrone and CSIRO is just one of a number of new research collaborations currently underway through the CSIRO US Office which was launched in September 2017.